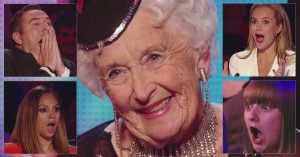 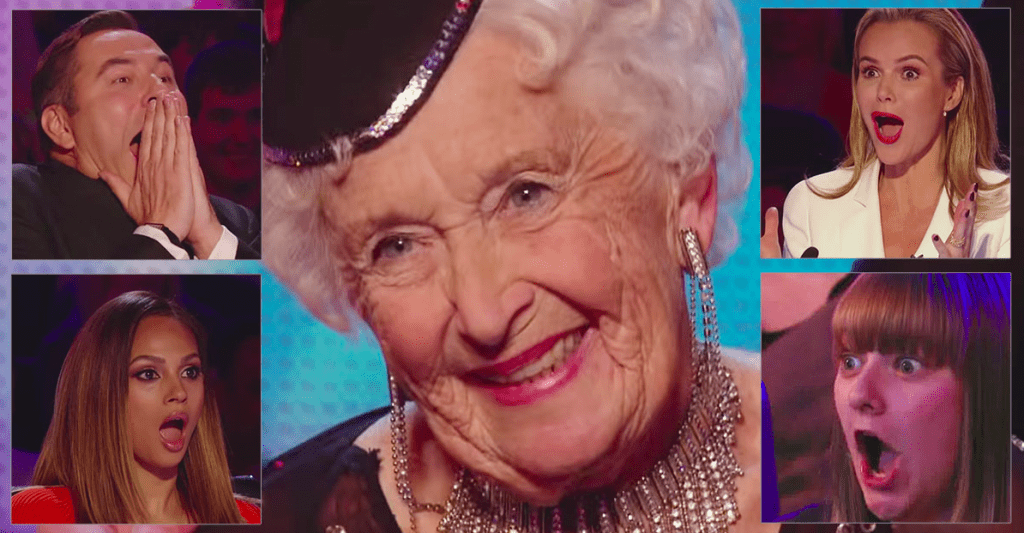 Some people are defying the limits that age puts on you, every single day. This statement is true for both the young and the old. Little kids are doing things that a lot of older people are afraid to do, or can’t imagine doing. For example, all the children on “Got Talent” show you that nothing is impossible as long as you have the will to succeed because so many children come on that stage and prove that they can sing a lot better than people twice their age.

Then you have grandparents who are always up for a little adventure, contrary to what a lot of us may believe because we think our grandparents just want to kick back and relax. It’s quite obvious though that a lot of them still like to have a little bit of fun, and the gran in the video below proves just that!

When 80-year-old Paddy walked onto the stage with her dancing partner Nico, everyone thought that they were some kind of joke and laughed at them. But, here’s something to live by: Never judge a book by its cover. This duo was no joke and to think that was certainly a big mistake.

Admittedly, the routine started off a little slow, and Simon Cowell gave them a buzz of disapproval, but then it built up into something truly incredible! Before you know it, the audience was roaring in approval of this mesmerizing performance.  Just watch Paddy go! This one’s a real eye-opener so make sure you watch the whole thing! It’s quite evident by the look on Simon’s face that he regrets buzzing out too early — he’s shocked by what he’s watching happen on stage (and it’s in a good way!).

What an inspiration Paddy is! I just might need to book a flight to the UK and see her perform in person! Like I mentioned, at the end of the performance, Simon admits that he is sincerely sorry for passing judgment far too quickly and wished he could take his buzz back. The same goes for everyone else who initially mocked the dancing pair. Hopefully, they learned their lesson.

Watch this amazing performance below and remember, no matter what age you are, you can do amazing things and bring joy to the world. Remind your family and friends of this by sharing this story, and also let us know what you thought of Paddy in the comments!