YES NO
You can change your choice at any time in our privacy management
By Itxayana Lopez
"No Thanks. Please Close This Box!" 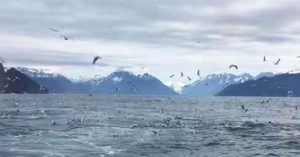