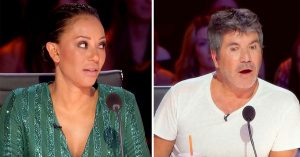 The summer reality television talent competition season is in full swing and I couldn’t be happier. One of my favorite ways to spend an evening is curled up on the couch with my dogs, watching all of these extremely talented people stand up in front of the world and show everyone their unique talents. There’s something so special about watching a normal person, just like you and me, live out their dream in front of the whole world.

Not only do these folks get to live their dream, they are often competing for huge prizes that will most certainly change their lives forever. Even those that don’t win, but make it far into the competition, may have opportunities to pursue a career that they would never have otherwise. On “America’s Got Talent,” contestants compete not only for an enormous cash prize but for a show in Las Vegas, too!

When 13-year-old Jeffrey Li appeared in the auditions, he immediately made an impact and became one of the most memorable contestants on this season’s show. He tackled Josh Groban’s “You Raise Me Up” — which was a pretty big undertaking for this teenager. He smashed his first audition out of the park and I have to admit that I had tears in my eyes as I watched it. I had to rewind and watch it again; it was that good!

His first audition was so good, in fact, that he won a very special prize. Before the performance, he revealed to the judges that he was often lonely and really wanted a dog. Simon told him that if he had a good audition, he would buy him a dog. Needless to say, Simon had to follow through on his promise.

Though we don’t know about Jeffrey’s new dog, we do know that he returned for a second audition during the Judge Cuts round. In this round, the competition really heats up, as only the best performers from the first auditions make it this far. Jeffrey knew he would have to give another amazing performance in order to even be considered for the live Quarter-Final round.

So, he brought another really big song to the stage and performed Whitney Houston’s “One Moment in Time.” At first, the judges appeared unsure about this unique song choice, but Jeffrey shut down their doubts as soon as he began to see.

Watch Jeffrey’s stunning performance in the video below and wait for the judges’ shocked reactions!