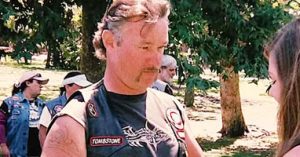 “FA” was a very outgoing, fearless and happy young girl. But at the age of 10, her step-father began to abuse her without her mother’s knowledge. FA stopped eating, she couldn’t sleep properly, and she would even shower with her clothes on. When FA’s mother finally realized what was going on, she kicked her husband out but the psychological trauma had already been done. [googlead]FA remained a shadow of her former happy self. And that’s when a group of bikers showed up at their home. “There’s just all these bikes … there’s these huge, tall men and they were in their vests and their boots, huge beards and strong-looking women. They looked very tough.” The group of bikers was Bikers Against Child Abuse (BACA) , a non-profit organization focuses on helping abused children and their families. Watch what happens and remember to never judge a book by its cover!