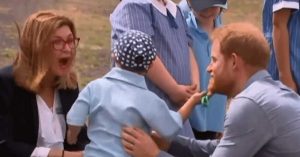 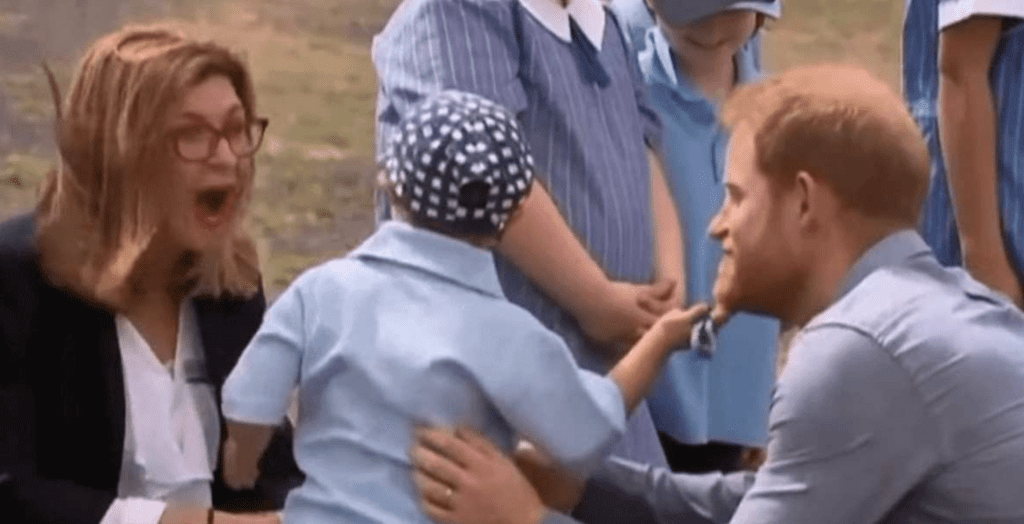 Prince Harry and the Duchess of Sussex, more colloquially referred to as Harry and Meghan, are making waves on their 16-day tour of Australia and the Pacific. From their touch down in bustling Sydney to reaching the far corners of the planet in Tonga and Fiji, the couple (with an itty bitty baby in tow) are touching hearts and making people smile.

But, there’s one reaction, in particular, that’s too sweet and genuine to not bring up. It’s sweet and it breaks royal protocol, making this encounter as controversial as it is endearing.

When royalty arrives, it’s tradition for the children to line up and greet the family as they walk through. This time, however, there was one particular boy who absolutely could not wait to meet and greet, Harry and Meghan. Luke Vincent is 5-years old with Down Syndrome, and he is a big fan. The boy is non-verbal but still manages to get his message across, and it’s adorably loud and clear in this meeting!

The couple has just landed in the Australian outback in the small town of Dubbo where there’s a welcoming party already lined up for their arrival. Upon walking through, they were greeted by an extra excited Lucas. The moment both Harry and Meghan knelt down to get closer to the boy, Lucas immediately gravitated closer to Meghan for a hug first, then Harry. But, it’s the precocious boy’s next move that really bends the rules and shows off Harry and Meghan’s character.

Lucas must feel right at home with Harry because the boy is fascinated with the Prince’s beard. So much so, he reaches over to get a closer look and reach out to not just touch it but actually grab hold, and give it a little tug! It’s all harmless childlike behavior but it’s actually a breach of royal protocol to touch a member of the royal family without warning. Anne Van Dartel, principal of Buninyong Public School, was careful to inform the boy ahead of time not to touch Harry and Meghan, which explains the look of shock and laughter when the boy didn’t heed her advice!

But, no harm. The boy managed to hug both Harry and Meghan as well as scratch the Prince’s beard without repercussion. The couple surely didn’t mind and it looks like a nice moment between them. Clearly, the couple loves children and didn’t cause a fuss over the sweetly innocent interaction.

Anne comments, “I was very concerned when he started rubbing Prince Harry’s face and his hair, but Prince Harry was completely gracious and was so polite and realized what was happening and his infatuation with his beard. It’s been a wonderful experience for these little country kids to meet people they’ve only ever seen on TV.”

Click the video below to watch this kind encounter.