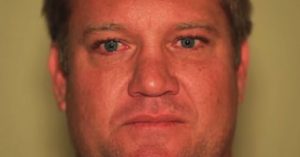 For many people, their wedding day is without question the most important day of their lives. So why would a father refuse to walk his own daughter down the aisle? There could be a wide variety of reasons, but I would guess that most of them would be pretty lousy. But here’s one reason that you definitely won’t soon forget.

Dr. Alex Levy is a Childhood Cancer Specialist at the Arnold Palmer Hospital in Orlando, Florida. One day over the holidays, a very sick little girl was brought into his hospital. After running some tests they quickly discovered she had a brain tumour. When doctor Levy told her father the sad news, his only response was asking “Will I be able to walk my daughter down the aisle?”.

The doctor’s responded that he would do everything in his power to make that happened. He performed multiple operations over the years as the cancer kept coming back and this little girl continued to get chemotherapy. However, after some time, it looked like the cancer went away and she was completely healthy. She returned back to school and lived the life of a normal kid once again. The father was so happy and thankful that he insisted that Dr. Levy would walk his daughter down the aisle once she got married. Dr. Levy was so touched that he decided that after he walked this girl down the aisle he would officially retire, as nothing could ever beat what he had accomplished.

What an amazing, heartwarming story… make sure to watch the video to the end and keep a box of tissues nearby. You’re going to need it! Don’t forget to share this amazing story with your friends and family!