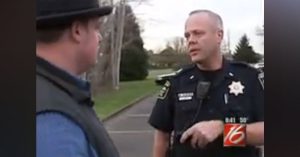 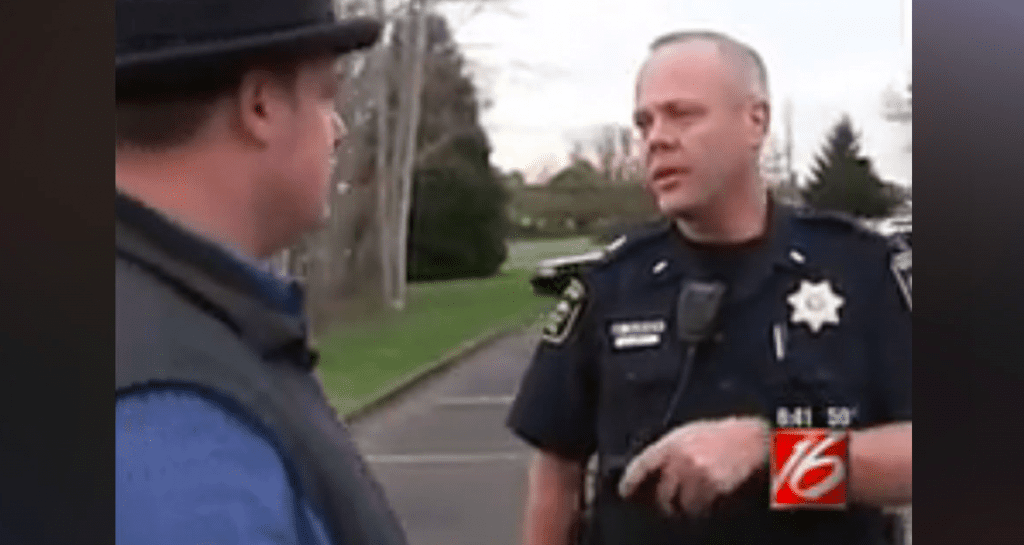 People typically aren’t too fond of having a run-in with a police officer. It usually means you’re speeding, doing something illegal or there’s a lot of question-asking involved. It’s just not usually how you want to start your morning or end your day. However, there is the odd case where an interaction with a cop isn’t met with a show of force or power.

Driving down from Alaska to Oregon, the Wood family had been traveling for quite some time; there were miles of road to cover before reaching Eugene, Oregon, their final destination. With nowhere to go for the moment, and wanting to save a little money, dad Ron Wood made the executive decision for his two young boys and pregnant wife to sleep in the car until they could figure out a better plan.

After having already slept on the side of the Alaskan highway, they figured they would set up for the night in the park – the park closes at 11 pm. Ron wasn’t surprised when a Eugene Police Lieutenant, who was patrolling the park, knocked on the car window to question the family at 10:30.

The officer’s response even caught their four-year-old off guard after Ron asked, “Is there any trouble officer?” After a couple of words exchanged, Lt. David Natt didn’t give the family any grief or problems for trespassing. Instead, he did something no one was expecting.

After Ron declined the offer twice, Lt. Natt insisted that he and his family take him up on his offer to put them for two nights at a local motel, paid for with funds donated by a local church for police discretion specifically for situations like this one. Lt. David says he’s just abiding by the motto, “Protect, serve and care.” What a kind-hearted gesture for a family making a big transition. This was huge for the Wood family and helped them get back on their feet.

Click below to watch the recap of this thoughtful deed.