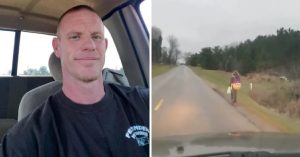 Lopi123 7 months ago
He didn't punish her. Having to walk is a natural consequence of being suspended from her normal mode of transportation. If he had given or arranged other transportation, he would have saved her some discomfort, but allowed her to believe that she didn't have to live within society's rules. Walk now, or jail later. Great dad.
0 Reply