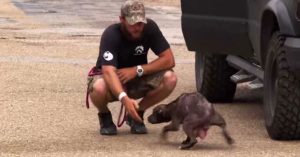 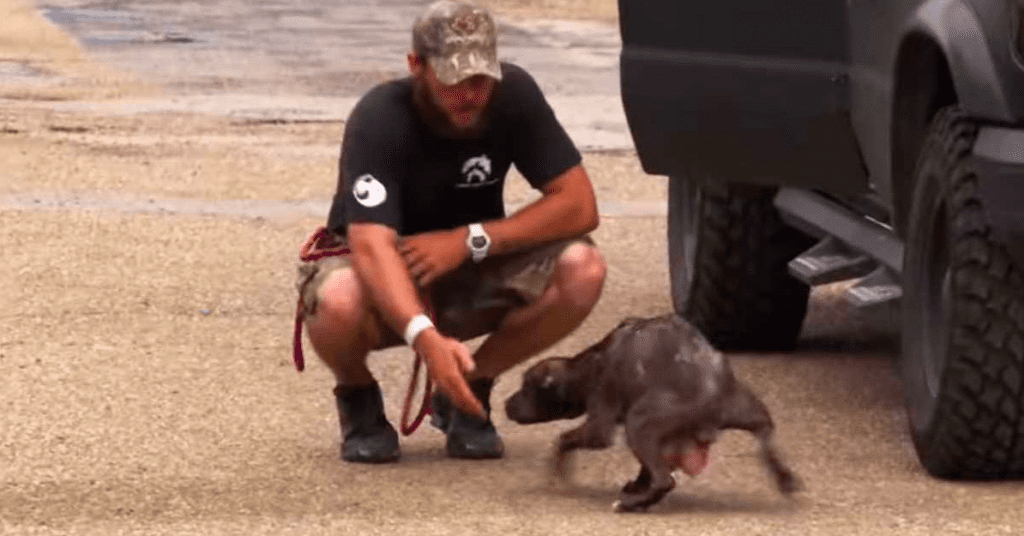 Imagine being a mom and having no idea where your children are. To no fault of your own, you’re lost and want to take care of them, but someone is supposed to be taking care of you, and yet, you have no way to get to them. So, you wander around, scared for your own life, but still searching for your tiny babies and hoping for help for you both.

That’s exactly what happened to one poor pit bull mama who wasn’t able to get to her pups. It’s difficult to figure out why this happened, but the point is that it did. Fortunately, a few kind people were able to step in and work within the system to find a way to help the mama dog and her pups, even when it looked hopeless.

When a grocery store security guard noticed a female pit bull wandering around the store, she became worried about the dog’s safety. The dog looked thin and neglected, and even worse, it was obvious that she had only recently given birth to puppies. She seemed to be searching for her puppies, or perhaps she was looking for rescue.

The kind security guard contacted the Villalobos Rescue Center in New Orleans, stating that she had seen a skinny, sickly looking mama dog. They came out right away and found a dog who was frightened of the strangers, but so desperate that she was willing to go up to them anyway. After securing her safety, it was time to find the owners; no one nearby seemed to know who she belonged to. But, when she was given a bit of freedom, she led the rescuers to a house.

A knock on the door brought a man to the front, who admitted that he was supposedly caring for the dog. She belonged to his roommate who was in prison. It was obvious by the state she was in that she was not being cared for, and who knew what shape the puppies were in. When rescuers began to ask about the puppies, the man stated that he didn’t want to be bothered anymore and shut the door in their faces.

It took a bit of legal wrangling, but Villalobos staff was able to get permission to enter the home and seize the puppies from the uncaring resident. Soon, the babies were reunited with their mama, and it’s the sweetest thing you’ll see all day. I’m so glad that everything worked out for this dog and her puppies!

Watch their story and their heartwarming reunion in the video below.