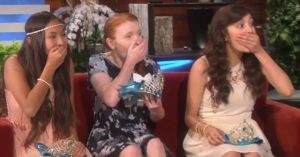 Bullying is still a major epidemic, even in 2019 where it is clear to us what the traumatic aftereffects may entail, and in turn, the consequences that may occur. Bullying doesn’t just occur on school grounds; it can be present anywhere from the workplace to social media. Bullying has no age, grade, race, background, income, or even location.

But it seems that no matter how many anti-bullying campaigns, class lessons, advertisements, flyers, workshops, rules and regulations, or even federal laws come out, bullying is at its peak. To make matters worse, those who report clear acts of bullying are frequently turned away and/or are deemed “tattletales.” Thus, those victims not only continue getting bullied, but the bullies often continue to find new victims to project their insecurities and personal problems onto.

Unfortunately, Lillian Skinner from Grand Prairie, Texas is one victim of bullying who had to learn the hard way that people aren’t always so kind.

When the sweet teen girl heard she was nominated for homecoming queen, she was confused but nevertheless thrilled. To top it off, Lillian’s two best friends, Anahi Alvarez and Naomi Martinez, who she had known since seventh grade were also nominated. Secretly, Anahi and Naomi had plans to drop their campaigns in order to help their friend Lillian get a better chance at winning.

But it wasn’t until the ballots came out without Lillian’s name listed that the girls discovered that Lillian’s “nomination” was part of a vicious prank played by her peers. Feeling angered after hearing about the brutal prank, Anahi and Naomi made a deal that if either of them won, they would award the crown to Lillian. What amazing friends!

Low and behold, Anahi did end up winning homecoming. Although the win was rightfully hers, she kept her word: “Ladies and gentlemen, tonight, Ahani is nominating a very hardworking senior with her crown,” said the man who announced Ahani’s win.

After the story went viral, Anahi, Naomi, and Lillian were called to be on the Ellen Show.

The girls appeared on the stage expecting to engage in an interview with Ellen Degeneres in front of an audience, only to be told that all three of them would be the first-ever recipients of special Ellen homecoming crowns and sashes.

While the girls were already completely surprised, Ellen then announced that she would be placing a photo of the three girls on the halls of her set where Coldplay, Justin Timberlake, and other stars and favorite guests’ pictures are hung. What an honor!

“This is an amazing story. This is exactly why I say be kind to one another every single day. It’s what I hope that people do, and this is a perfect example,” says Ellen.

Ellen Degeneres is such a kind soul. Watch as she graciously awards the high school seniors in the video below!