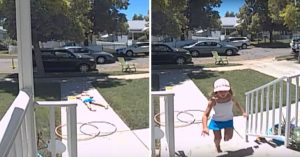 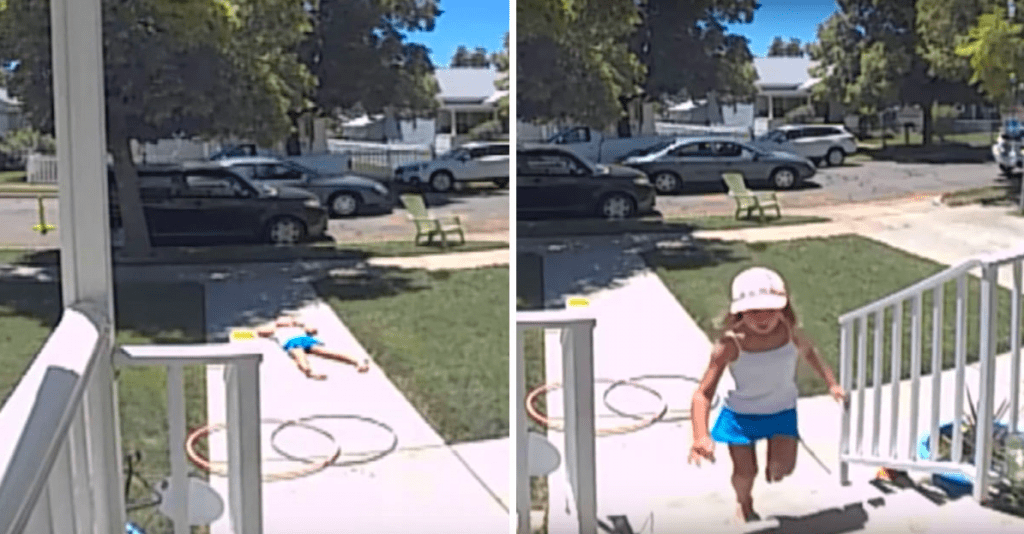 It’s a big world outside of the backyard, and while it’s big for adults, it’s even bigger for kids to navigate. As grown-ups, we’re able to better understand how things work. We’ve been there, done that, failed, succeeded and learned a few things along the way. But without proper guidance, there’s no telling what can happen to a child when he/she is growing up. It’s up to parents to equip kids with the know-how and common sense they need to stay safe, happy, and healthy.

This is an alarming video of 7-year-old Emmy McCardell putting what she’s learned from her mom, Michelle, to good use. While it’s a bit unsettling to watch, on the flipside, it’s very encouraging and is a perfect example of parenting gone right!

It was just like any other sunny afternoon when Michelle and Emmy were at their home in Salt Lake City, Utah, USA. Emmy wanted to enjoy the sunshine, so she went out to the front yard to lie down and sunbathe. As she’s relaxing, what happens next, caught on the surveillance camera set up just above the doorbell on the family’s home, is enough to send the creeps down every parent’s spine.

A car drives up and stops in front of Emmy’s house. The window rolls down and a stranger yells, “Hello,” then asks, “Do you want a bicycle?” This offer is something any little kid would be interested in. But not Emmy. From the moment the unfamiliar car pulls up, she is alert. Her head is up, and she knows something isn’t right. As he asks her the question, Emmy has her guard up and says, “No.” She runs into the house and tells her mom what just happened.

“I believe that he was looking for a child to take,” says Michelle in the interview. “She came running in and said, ‘Hey, there’s a tricky guy outside who tried to get me.'” This is every parent’s worst nightmare. Michelle could tell that something was off when Emmy barreled through the front door. The little girl appeared disturbed and mom could tell her daughter had something to tell her.

The silver lining is that Emmy has clearly been street-proofed. Michelle says she’s been adamant about teaching her two kids how to recognize an unsafe situation and feels grateful that her daughter knew what to do and how to react. It’s a blessing that Michelle was proactive about this important lesson, and she hopes that this experience can serve as a teachable moment for other parents and their kids.

Click below to watch this potentially dangerous interaction become a moment of learning and positive action.