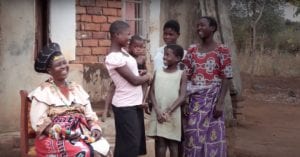 Malawi has one of the highest child marriage rates in the world. Fifty percent of women are married before they’re eighteen. Since these young women end up getting pregnant once they’re married, they drop out of school. But then, one woman decided she’d had enough of child marriages and girls being unable to receive an education.

Chief Theresa Kachindamoto, from Dedza, is one of three-hundred senior chiefs in Malawi. A chief is a custodian of tradition, and they have the right to change or abolish cultural practices such as child marriages. When she met a girl around the age of fourteen who had two children, she knew she had to do something.

Knowing that many young girls died while giving birth and that they were in danger because their husbands would abuse them, enforced her need to fix this even more. She made it a goal to end early child marriage in her district. Due to her hard work and efforts, she’s annulled more than 850 marriages since December of 2013. When she annuls marriages, the girls return to school.

She’s abolished early child marriages in many villages, and because she’s a senior chief, she can reinforce her rules. If a village headman allows a girl to get married, she dismisses him for breaking the rules.

Her campaign is working, but she still has to battle tradition, poverty, and pregnancy. For example, when seventeen-year-old Benedetta Matison’s marriage was annulled, she went back to school, but she didn’t have pens or soap. Returning to school isn’t simple because teachers have classrooms with about 120 students, and students laugh at the girls.

The average family in Dedza lives on 5000 Kwacha per month, which is about eleven dollars. Many girls are forced into marriage by their parents because they live in poverty. They assume that when a girl gets married, they’ll get what they need.

Chief Kachindamoto talks to parents about not forcing their daughters into child marriage. She tries to convince them that they will receive what they want—food, money, and so on—in the future if instead, their daughter gets an education.

A group called Mothers’ Group was formed to help young girls return to school. They go door-to-door with chiefs and stakeholders to look for girls. Their efforts are changing the minds of parents and young women alike.

UN Malawian women and senior chiefs are working together to end child marriage.

If you’d like to hear more about Chief Kachindamoto’s incredible efforts, watch the video below.