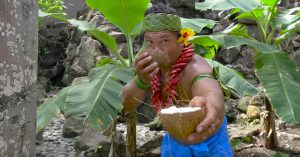 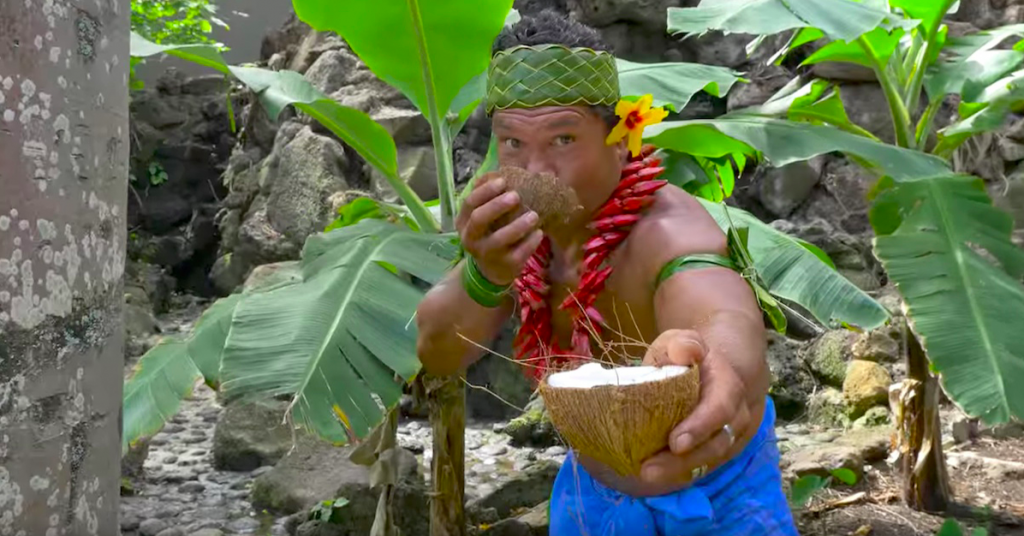 A visit to the beautiful islands of Hawaii often includes at least some education about the Hawaiian culture. You don’t really have to seek it out — their culture is all around, in the people, food, and the places you visit. One man who educates visitors about Polynesian and Samoan culture has ended up a viral sensation!

Chief Kap Te’o-Tafiti is the Senior Ambassador with the Samoan Village of the Polynesian Cultural Center in Hawaii. For the last 20 years, he’s entertained and educated millions of people with fire dancing, fire making, weaving, and coconut husking. It’s his coconut husking technique that has grabbed everyone’s attention — he doesn’t need any special tools, just a sharp stick, and his own teeth!

The Polynesian Culture Center in Hawaii educates and entertains visitors about the rich cultures found on the Hawaiian islands, as well as other island cultures. According to polynesia.com, “about 1.3 million people currently live in Hawai’i, with over 80% of them on the island of Oahu. About 20% of the overall population is Hawaiian or part-Hawaiian. There are also significant numbers of Samoans, Tongans, and other Pacific Islanders. The remainder of the population — in which no group holds a majority — is divided among Asians, Caucasians, and others, making Hawai’i the ‘melting pot of the Pacific’ (or as some people say, ‘a tossed salad’) and a truly unique and diverse place.”

Due to the diverse population and influence of other Polynesian cultures, Hawaiian culture and the Hawaiian language are similar to Tahitian, Maori, Marquesan, Rarotongan, Samoan and Tongan dialects. None of them are exactly the same but have many of the same sounds and a similar grammar structure.

Chief Kap Te’o-Tafiti represents the Samoan culture at the Polynesian Cultural Center. He doesn’t just educate people about how to open coconuts — he teaches them about the customs and traditions of the Samoan people. Samoan culture partly explains why the chief is so friendly to all of the Center’s visitors:

“Samoan custom traditionally requires families and villages to offer passing visitors hospitality, extending to overnight accommodations. Such visitors may enter the guest house at any time for a short rest. The immediate family will respond with time-honored traditions and quickly prepare food and water for the visitors.”

In Samoan tradition, a chief would have had the largest and most prestigious house in the entire village (regardless of his ability to open a coconut with his teeth!).

Watch Chief Kap Te’o-Tafiti open a coconut in the video below!