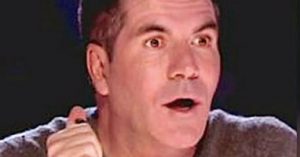 The thing about talent shows is that you really never know what you’re going to get. Obviously, you’ll get to see a lot of great performances but every now and then you’ll see an act that will leave you completely speechless. This reason is why I watch, and absolutely love shows like “America’s Got Talent.” These shows are home to a lot of the best talent that I get to see on TV and each season amazes me more than the last. Every year I think, “It can’t get better than this,” but I find myself saying that every single year, without fail!

The immensely popular show has helped America and the rest of the world to discover such incredibly talented people that would have otherwise gone completely under the radar. But with so many great acts, shortlisting and then picking a winner is never easy.

Of all the seasons so far, the one from 2016 had to be one of my favorites! 2016 saw the return of one of the famous and most critical judges on TV, Simon Cowell. As everyone knows, Simon is never afraid to pull any punches and people often criticize him for being too harsh. So what does it take to impress Simon? I don’t think anyone had the answer (or the formula) until a little girl took the stage that year. Things changed tremendously right after her audition.

Meet Laura Bretan, a 13-year-old singer who decided to audition for “America’s Got Talent.” Walking on stage, it was obvious that she was very nervous. And who could blame her? With such a massive audience, a live TV broadcast, and the ever-so-blunt Simon making his return to TV, the pressure was on. You see children of all sorts come on stage. They act in different ways — some are super shy and nervous, while others are relaxed, confident, and talkative. Laura was talking to the judges but her anxiety was also transparent.

But the moment Laura began to sing, everyone was in disbelief. Mel B., one of the judges, gave Laura the first Golden Buzzer season 11, meaning Laura received an automatic pass to the live semi-finals! But Simon’s reaction was absolutely priceless…” That didn’t just happen… I’m thinking to myself, ‘If she starts to sing, this is not gonna work.’ And then that just happened. I have never heard anything like that in all the years I’ve been doing this show. Seriously.”

Watch the video below to see the performance that is leaving everyone stunned!