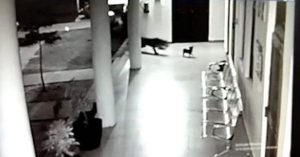 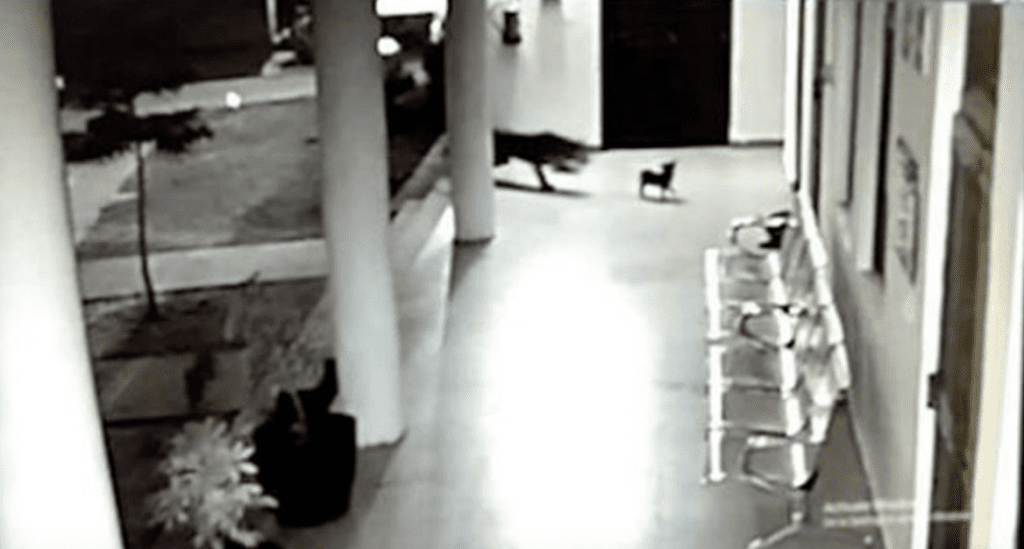 With the good days, come the bad days, and you just have to roll with it! When the bad days come along, and they just happen, you have no other choice but to accept them and move on. Like when you lose your wallet the day before you travel. Or have a minor car accident in the parking lot, or get your phone stolen right out of your pocket, and then spill your coffee down the front of your white shirt later that same day. Any of these can happen in the blink of an eye.

While none of these things are life-threatening, the poor pup in the clip below will make you rethink how your day went. Think you’ve had a bad day? Wait ‘til you see this video!

Deep in the Himalayas in Northern India, on a resort in a bungalow, a puppy was wandering around alone. The camera footage shows him meandering at night in the light from the side of a building. Not a minute later, the unthinkable happens. A leopard from the surrounding area appears out of nowhere and leaps into view with one goal in mind: the straggling puppy.

The footage shows a swift leap of the leopard who grabs the pup and appears to have a good handle on his body. Just as the predator thinks he’s got his next meal, mama dog swoops in from the bottom right and latches on to the feline. There’s some struggle, and a little wrestling between the two alpha animals, as the puppy is thrown aside to safety. This little puppy just had a very close encounter, and it’s scary to watch this whole thing go down.

Mama dog frightens the cat who runs away in the darkness, and the winner of the brawl chases after the intruder. According to officials, the leopard was sustaining injuries to his left leg, unable to find food because he hasn’t been mobile enough. The puppy did have some small cuts and abrasions and was a little shaken up from the kerfuffle, but mom got in there just in time. This could have been a very, very bad day. But, they say there’s nothing stronger than a mother’s instincts, and it proved true once again, this time in the form of a story about a mama dog and her pup.

Click below to watch this short but mega heroic moment!