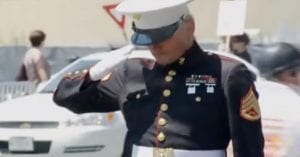 Every day, Memorial Day falls on the last Monday in the month of May. While some people anticipate Memorial Day because it often means they get a three-day weekend, in reality, this American holiday is a day where we should show gratitude, remembrance, appreciation, and grief for the fallen soldiers of our country.

In honor of our fallen soldiers, thousands of Americans flock to memorials, cemeteries, local parades, and various Memorial Day-related events, even if they do not have a specific soldier they are there to honor. It is a beautiful day where we can all come together as one nation for the same reason.

One event that lands on the day before Memorial Day each year, the Rolling Thunder Ride for Freedom or First Amendment Demonstration Run, is one of the most well-known Memorial Day events. In 1987, U.S. advocacy group Rolling Thunder teamed up for their first ride to the Vietnam War Memorial in Washington, D.C. Last year, over 500,000 motorcyclists attended. However, if you’ve kept up with the news lately, this year’s Memorial Day’s Rolling Thunder event might have been their very last ride.

While the Ride for Freedom event may no longer take place in the future, something that will always stay in our hearts is the memories of the previous Rolling Thunder rides from the past 32 years.

In one video filmed at the event in 2012, we witness a very touching, heartfelt act from Staff Sergeant Tim Chambers. Sergeant Chambers, standing alone in Marine uniform, held a steady salute for a long three hours–with the arm of the wrist he had recently broken. Now that’s dedication.

The 2012 video features footage of dozens of motorcyclists riding through the streets of D.C. with the American country song, “Some Gave All” by Billy Ray Cyrus, playing in the background. We also witness beautiful footage of Sergeant Chambers himself standing tall and proud in a neat, clean uniform during his famous salute. While Chambers is stiff and straight, his eyes shift back and forth as he watches the motorcyclists drive by around him.

Although the footage is a little fuzzy, the quality of the film does not take away from the many emotions it captures.

Be sure to watch Sergeant Chambers hold his courageous salute during the Ride for Freedom event in the video below! After watching, make sure to share the video with your loved ones involved in the military.