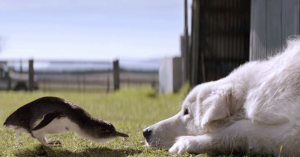 There are species in this world that do not have the power to defend themselves. They’re naturally born prey to a lot of the big-and-bad animals in the animal kingdom and anything these poor little things do to protect themselves falls short.

When we think about these species, penguins don’t come to mind. A lot of people think that penguins live in colder climates, up in the Arctic, and have camaraderie with their fellow polar bears and the fish in the water—this is true. But, penguins also live in other places around the world, and it’s in these places that their life is at danger, where they are often seen as prey and where predators are plenty. One such place is South Australia.

Middle Island in Southern Australia has a high population of foxes and penguins; these birds are the world’s smallest penguins. For years now, the foxes have taken to attacking the penguins who live in burrows and are at risk of being gnawed by these vicious canines. But, where one canine threatens their existence, another type of canine steps in and saves the day. Maremma dogs in Australia have stepped up to the plate to ensure that these penguins can live a peaceful life in the colonies, without the foxes intervening. 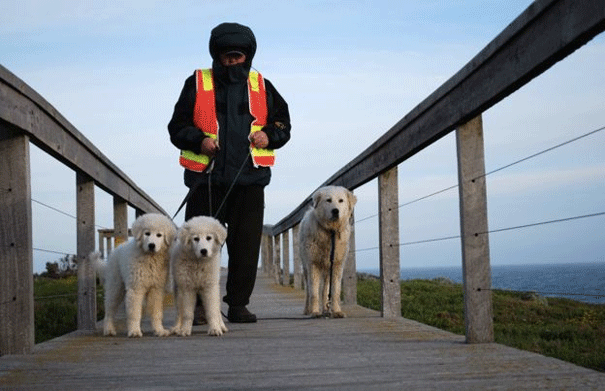 How are they doing this? These dogs stay on guard, in packs, and fend off the foxes approaching these penguin colonies. This initiative was brought to life by Peter Abbot of the Penguin Preservation Project. Reporting on the horrific situation, Peter told BBC that the foxes in the area killed 360 penguins overnight one time. He calls these animals “thrill killers,” saying they will kill anything that comes in their way.

Although Peter runs the Penguin Preservation Project, a chicken farmer was who came up with an idea to end the ordeal: He would send his Maremma dog over to fend off the foxes. These dogs have instinctive qualities and are used to protect sheep and goats in the fields. 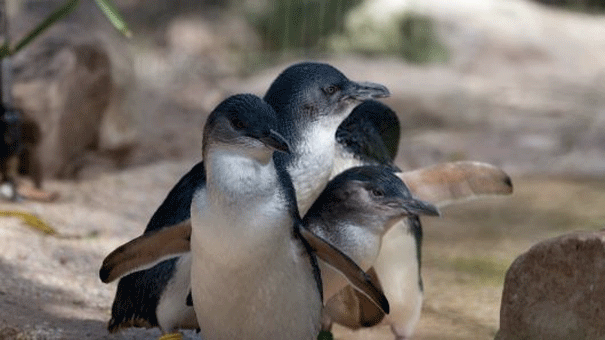 So, how did this whole analogy work? The Maremma dogs would stay close to the penguin colonies so they know when the predators are approaching. The foxes, however, hardly come close to the area because they can hear the dogs bark and also smell them from far. Once this happens, the foxes change their direction and go elsewhere.

Once wiped off completely, Middle Island now has a population of about 200 penguins. This initiative inspired Hollywood to take the idea and put it on the big screen. The 2015 film titled ‘Oddball’ is inspired by these events happening on Middle Island.

Click on the video below to see these Maremma dogs in action and to learn more about the program.