Miracles will happen if you believe in them. We often hear stories about things that happen, way beyond our belief, and these incidents help us reinvigorate our faith in miracles. I’ve personally heard so many stories in which people give up hope, their situations seem impossible to rectify, but then things drastically change and they’re in for a pleasant surprise. The story we’re sharing with you today works the same way, the only difference is that it has to do with a little pup.

This is Tony Hawk, he weighs just 1-lb, is a Chihuahua, and literally fell from the sky and onto the ground. The story seems impossible and distressful, but it actually happened over the weekend and those who saw it give the details.

A set of construction workers were on site when they heard a dog whimpering not too far off. They wandered over to where they thought the dog could be, and low and behold, the dog fell right out of the sky and at their feet. The workers then turned their gaze up and saw a hawk flying by. This is when they put two-and-two together: The hawk picked the dog up from somewhere and dropped him off at a further distance. The poor pup also had a gash right below his right ear; the hawk’s claws dug into his skin.

Tony Hawk fell from the sky right at the feet of a number of construction workers. 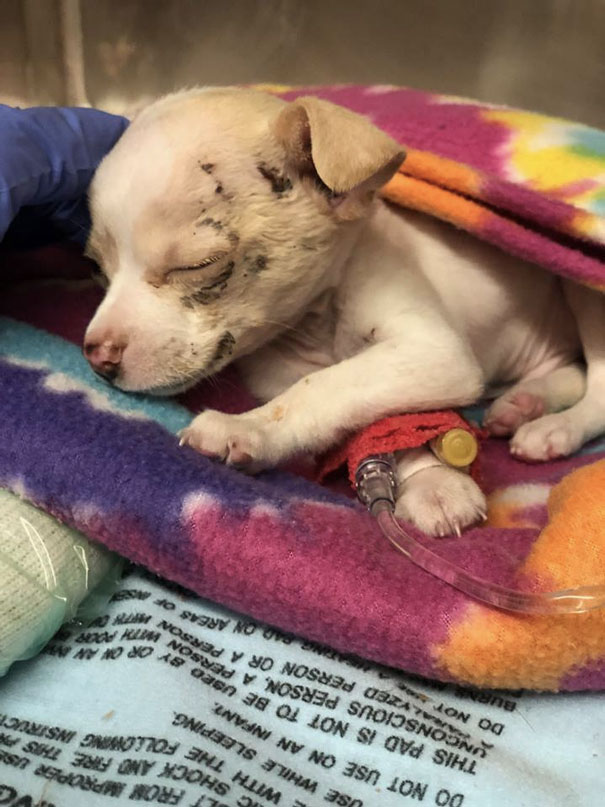 An incident like this one could worry anyone. The workers were afraid that Tony Hawk may have broken several bones after his fall, so they hurried him over to a clinic; vets were able to confirm that, thankfully, he didn’t break any bones. After getting the right treatment for his wounds, the brave dog was transferred to Austin Animal Center where he was looked after and then given over to his foster mom, Renee Keyes. Renee mentions that Tony Hawk will be ready for adoption in the next four weeks. We can’t wait for him to find his forever home!

When they looked up to see where he came from, they saw a hawk fly by the scene. This is when they understood that the hawk picked the puppy up from one location and dropped him off here. They took Tony Hawk to a nearby clinic; he was later transferred to Austin Animal Center. 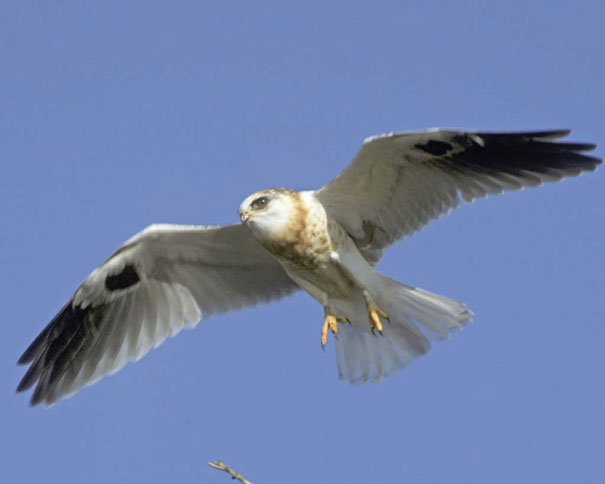 Austin Animal Center has even conveniently named Tony Hawk “the miracle puppy.” It’s not every day that a dog falls from the sky and lives to tell the tale. 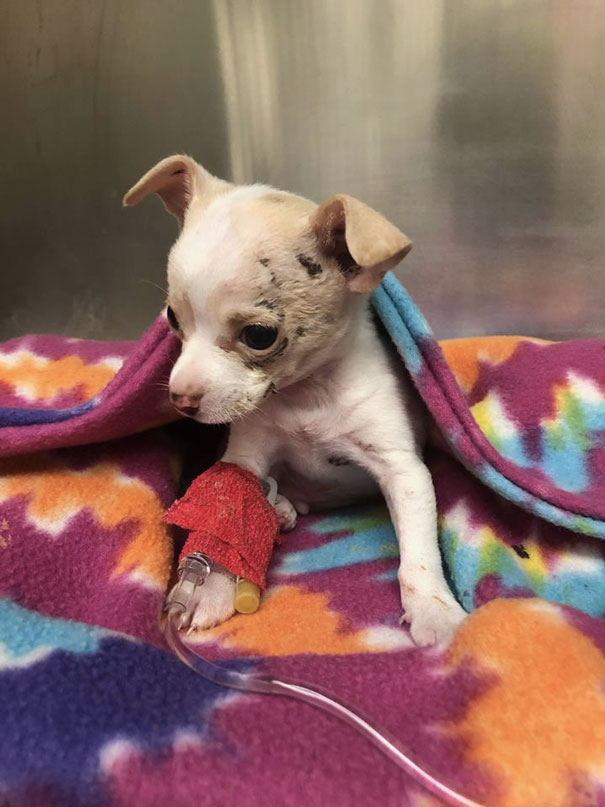 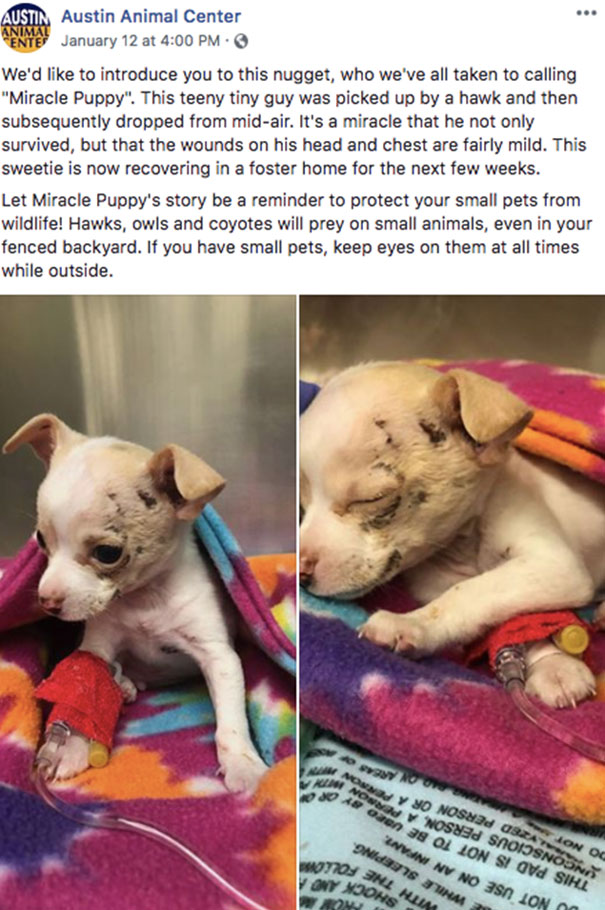 Hawks are common in Austin, so it comes as no surprise that one was spotted in the area. The most-sited types include the White-tailed Kite and the Swallow-tailed Kite. It is important for pet owners to know that hawks and other predatory animals will snatch unattended pets. It’s imperative to keep your pets in fenced areas and under supervision.

We’re so glad the Tony Hawk is safe and sound, and that he escaped this accident without any major injuries. We’re hoping that this adorable doggo finds himself a forever home as soon as possible!