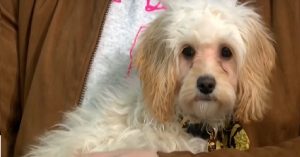 The great thing about society is that we’re allowed to form our own opinions and hold our own belief systems. If you say you like carrots better than apples, but I say I prefer apples over carrots, neither of us is correct. Neither of us is wrong either. That’s just the way things go.

PETA, too, also has the right to hold and express its own perspective on certain topics. However, the organization received a lot of backlash lately after they recently announced their distaste regarding referring to the animals we own as our “pets.”

But before you praise or bash PETA for their opinion, hear them out for a bit:

“Referring to an animal as a ‘pet’ or as ‘it’ reduces a sentient being with a personality and emotions to an inanimate object—a possession to be used in any way the ‘owner’ wishes,” the non-profit said to FOX News.

PETA also went on to explain that they’re not trying to ban those specific words. Rather, they hope those who own animals will choose to call them more respectful terms. Referring to pets as “animal companions” instead is what they suggest doing.

But most people aren’t on the same page as PETA.

If we change our language towards the animals we have at home, maybe treating them better will naturally follow. Perhaps that’s the point the organization is trying to get across.

“More denial of reality and rewriting of English. Pets ARE property. You buy them. You license them. It doesn’t mean you don’t love them or aren’t a part of your family. To compare pet ownership to the enslavement of human beings is to trivialize slavery on a profoundly upsetting level,” someone said in opposition.

This isn’t the first time PETA posted something controversial to the public, receiving insults from many people across the Internet.

In December 2018, the organization posted a chart on Facebook about replacing anti-animal language with phrases they deemed more appropriate. For example, one of the offensive phrases they listed was, “Kill two birds with one stone,” which they suggested, “Feed two birds with one scone” as a replacement. They also recommended trading “Bring home the bacon” for “Bring home the bagels.”

After posting the image correcting the so-called derogatory language, PETA said the following in the description of the photo:

“Words matter, and as our understanding of social justice evolves, our language evolves with it. Just as it would be unacceptable to use racist, homophobic, or ableist language, phrases that trivialize cruelty to animals will vanish as more people begin to appreciate animals for who they are…”

Do you think it’s important that we be careful of the language we use to refer to animals?

Listen to a Good Morning Britain interview with Jennifer White, who’s representing on behalf of PETA, below.