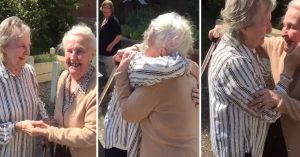 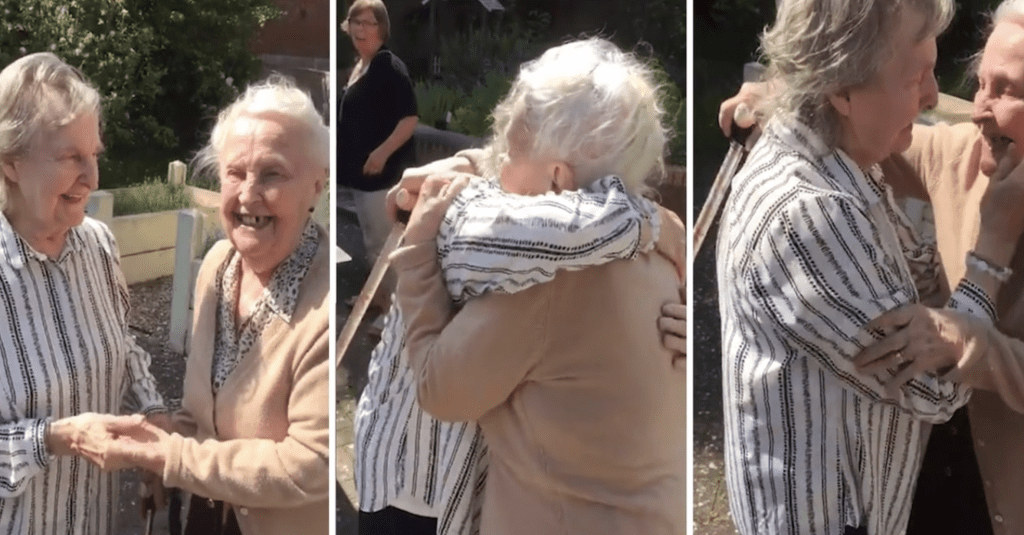 According to the Alzheimer’s Association, Alzheimer’s and related cognitive disorders currently affect approximately 44 million individuals worldwide; this number makes it one of the leading disabilities in the world. Alzheimer’s and dementia can greatly affect peoples’ ability to recall both short and long-term memories, names of family and friends, and even loved ones’ faces. These disorders can also contribute to a plethora of other problems ranging from mental confusion to a series of personality changes.

In fact, two elderly sisters, originally from Antwerp, Belgium and now residing in England, Ann Patrick and Marguerita Wilson, were both diagnosed with Alzheimer’s and hadn’t seen each other in a whopping 15 years. Interestingly, they end up having a familiar and loving interaction in a video gone viral!

The entire meet-up was complete fate after Ann’s granddaughter, Louise, coincidentally met Marguerita at the Alzheimer’s clubs she helps manage. She noticed incredible similarities between Marguerita and her grandmother from their physical features to their shared accent. Piece by piece, and with a bit of research, Louise discovered that the two women are sisters, which ignited her to arrange the meetup from the start.

“You two look familiar somehow,” said Marguerita, “Margaret,” toward the beginning of the meetup. She’s talking about Louise and her sister Ann. “I’ve met you before at the Mills Street Club, and that’s when we twigged that you were nan’s sister,” Louise said.

Immediately, the two sisters give one another a long, endearing hug. “It’s been such a long time,” cries Margaret in complete joy. “Don’t cry, love,” says Ann in response as she caresses her sister’s face and then grabs hold of her hand.

All in all, with Louise’s generous help, the two sisters were able to enjoy a fulfilling time together. The interaction between the two sisters shows that regardless of any setbacks, people can beat the odds and be greater than what their diagnosis entails.

Hopefully, the two sisters will have several more meetups in the future! It’s such a great feeling to see a loved one again after such a long time, wouldn’t you agree?

You might get a bit teary-eyed when you watch the sweet sisters meet up in the video below! But, I promise you, it’s worth a watch. Can you feel the genuine, everlasting love in the air as you watch them interact? I know I can!

If you found the story heartwarming, make sure to share the video on social media! People of all ages will love seeing these two women reunite.