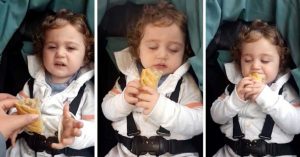 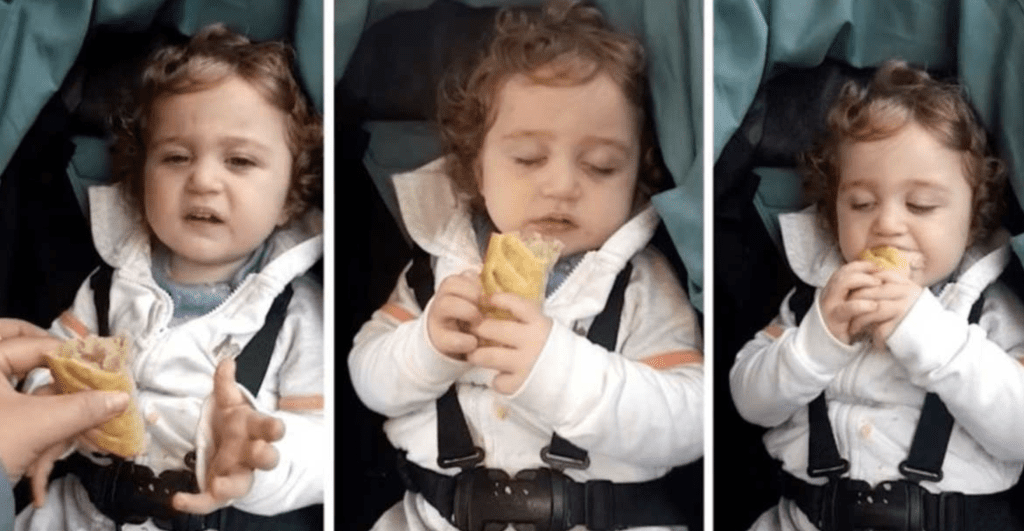 As a kid, I loved food, and now as an adult, I love food even more. There’s just so much to enjoy in this world, so many different flavors and spices and combinations to sample and experiment with! I adore crazy new tastes and won’t turn down an opportunity to try something new. Sushi burrito? Check. Lavender ice cream? Sign me up! Turducken? Sure.

however, that being said, I also won’t turn down an opportunity to munch on something I know and love. Everyone has their go-to snack or comfort food. For me, it’s chicken shawarma, for this little boy, it’s Gregg’s sausage roll!

Mom caught this sweet little moment on camera that will surely follow him around well into his adult years. This clip is just too cute and very telling, proving he’s a total foodie in the making. Gregg’s Restaurants & Taverns is known for its award-winning desserts and extensive menu that has a wide array of pastries and baked goods. It was after mom Caroline and her little toddler Ailbhe Byrne (pronounced Al-va) left the diner to take the bus home, that the young boy was sleepy and couldn’t finish his favorite sausage roll.

No big deal, it can be a snack for later, but little Ailbhe doesn’t agree. The toddler is visibly exhausted and can’t keep his eyes open, so mom tries to pry the sausage roll out of his little hands. The boy immediately wakes up, not wanting to part from his beloved snack. Caroline says, “It’s his favorite food, it’s all he ever wants. Whenever we go into town he’ll start screaming for sausage rolls until he has one in his hand. He really loves sausage rolls, not as much as he loves me, but it’s definitely a close second. He won’t eat any sausage roll other than Gregg’s. I’ve tried giving him others before and he’s just taken them and chucked them.”

This hilarious tug of war of mom trying to take away the roll and her boy not wanting to give it up, perfectly sums up life as a parent, darned if you do, and darned if you don’t!

Click on the video below to watch this really funny love affair between a boy and his snack. This kid, without a doubt, loves his sausage roll when he’s awake and when he’s sleeping.