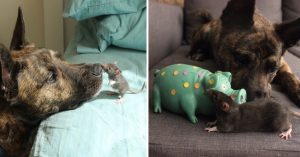 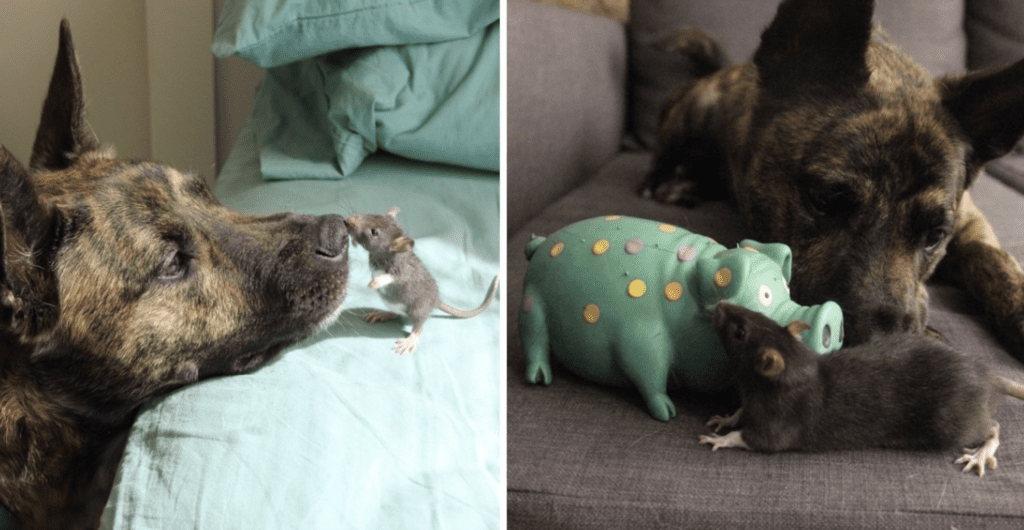 Everyone knows that there are many animals out there that just don’t get along: cats and mice, lions and zebras, bears and fish, and foxes and rabbits. While it may seem sad that there cannot be complete peace within the animal kingdom, this is the circle of life, something The Lion King taught us.

But, every once in a while, there will be an unusual story of two animals getting along who probably shouldn’t like one another. Well, that’s the case for Osiris, a five-year-old Dutch Shepherd, and two-year-old Riff Ratt, who at first, had their owners worried that the two wouldn’t be a safe match.

Interestingly, Osiris and Riff Ratt, while clearly variant in size and species, quickly became the best of friends. In one viral video clip, the two appear to be very friendly with one another as Riff crawls on his larger buddy, and Osiris, being the gentle giant he is, simply watches without flinching or building up anger.

But, apart from their friendship, Riff and Osiris have something else in common: their backstories. It turns out, both were rescued by their current family. Osiris was taken in after being found in an abandoned parking lot as a puppy. As for Riff Ratt, he was nursed back to health by his now-owners at the young age of four weeks.

Even years after being around one another, not once has Osiris tried to eat the tiny rat.

“Riff Ratt really likes licking the inside of Osiris’ mouth. I’m sure you all are wondering if we’re afraid Osiris will eat Riff – NOPE! Osiris has helped foster and care for dozens of animals, and he is the gentlest dog I’ve ever met,” says one of his owners.

In fact, the dog, a now-trained therapy dog, continues to be around a plethora of different pets from other dogs to a handful of other rats. On Orsiris’ Instagram page, there are several photos of the canine cuddling with, licking, and sleeping alongside his many rat companions.

One of his owners, a professional taxidermist and animal lover, Mickey Alice Kwapis, who runs Orsiris’ page, even posted an adorable photo of a rat between Osiris’ front thighs with the caption: “Rats looooove to squeeze through things. They’re the animal equivalent of those jelly water snake toys with the glitter inside.”

To watch Osiris and Riff Ratt adorably enjoy one another’s company, make sure to watch the video clip below.