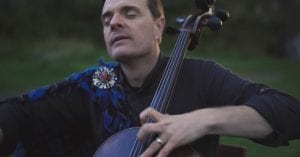 We all have a song that makes us feel empowered. Sometimes it’s the beat of the tune that gives us strength. Other times, it’s the lyrics themselves that make us feel that way. Either way, it’s incredible how a certain song can give us courage, confidence, and energy. For that reason, we usually listen to this song when we feel intimidated, weak, sad, angry, or vulnerable. A powerful song can practically melt away our insecurities and almost immediately bring us a sense of relief.

Rachel Platten’s 2015 pop hit, “Fight Song,” is one of those songs for many people. If you haven’t already heard it on the radio, the lyrics of Platten’s song talk about someone going through a difficult situation but being able to find the strength and motivation inside of them to power through it. Whether you’re going through a messy breakup or dealing with financial troubles, there’s a good chance that you can relate to this song.

An American music group known as The Piano Guys decided to cover an acoustic version of Platten’s song. Apart from being acoustic, the group decided to put a special spin on the tune by adding bagpipes, Scottish snare drums, and cellos to their cover to give their version some Scottish flair. With the addition of a piano in their version, this cover is good enough to be an elegant lullaby!

As if the music isn’t already good enough on its own, the group filmed a music video to go along with it, with an incredible scene of Scotland’s Northern Highlands in the background. The musicians in the video are also wearing Scotland-friendly attire. Every now and then, we also hear chanting in the background, which adds a great touch of Scottish masculinity to the softer parts of the song.

To take their cover another step further, the music group includes an “Amazing Grace” bit a little over three minutes into the video. Not surprisingly, the tune merges perfectly with Platten’s song, both in sound and in meaning! Shortly after this peaceful bridge, the cover transitions into a climatic version of Platten’s “Fight Song” with loudly-booming drums, powerful bagpipes, and other instruments to provide a little finale for us. Wow!

The Piano Guys did an excellent job with not only putting their own spin on the song but also providing elements similar to the original. Like Platten’s version, The Piano Guys made sure to incorporate both loud, powerful components in the song as well as soft, feminine, and beautiful segments.

Listen to The Piano Guys’ incredible acoustic version of “Fight Song” in the video below! If you loved this cover, be sure to check out The Piano Guys’ YouTube channel for more great content.