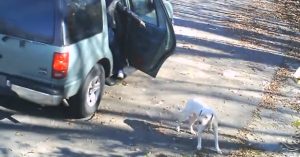 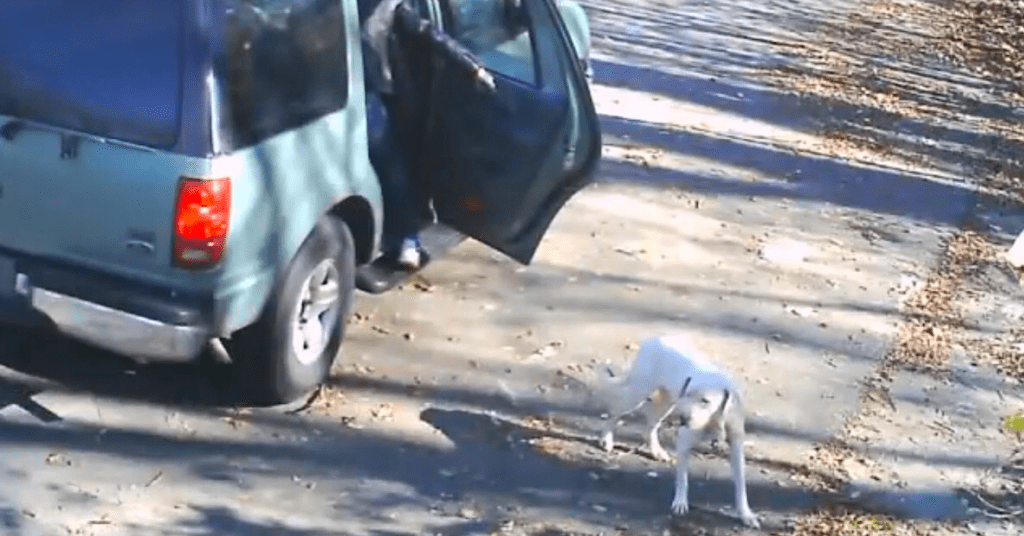 Most people agree that animals need to be protected at all costs. They’re innocent creatures that cause no harm and are always there to give us some love when we’re feeling a little blue. Unfortunately, as I said, most people agree, not all. (Don’t worry, this story has a happy ending!)

The job Kansas City inspector Alan Ashurst has is to take care of his city’s streets. He catches people who illegally dump trash and things of that variation in illegal dumping sites. The way he does this is by setting up hidden cameras around these sites. Usually, he catches people dropping bags of trash, but on December 10th of 2014, he caught someone doing something that he wasn’t expecting.

He says that when he first saw the pictures, he “kind of went into a little rage blackout.” What Alan recorded was a driver who stopped, kicked a white pit bull onto the streets at a popular dumping site, and then drove away. He couldn’t believe what he saw, but he jumped into action right away. The inspector called animal control, and Eron Dawkins of KSAC eventually caught the 3-year-old white pit bull mix with a piece of food — he was safe and sound as they took him to Kansas City animal shelter.

According to animal control officers in Kansas City, animals are dumped at illegal sites all of the time, but it’s rare when the owners and drivers get caught on camera. It’s a day to be happy when the dog is found safe and the owners are caught.

The ex-owner of the pit bull, William Frank Lee, was arrested and was to be charged with four animal-related charges. Tori Fugate with the Kansas City Pet Project said that it’s hard to convict someone of animal abandonment charges, but the clear images might just change the case.

To end on a happy note, the pit bull, who now goes as Mojave, was adopted not even 30 minutes later!

If you’d like to hear Mojave’s story, check out the video down below!