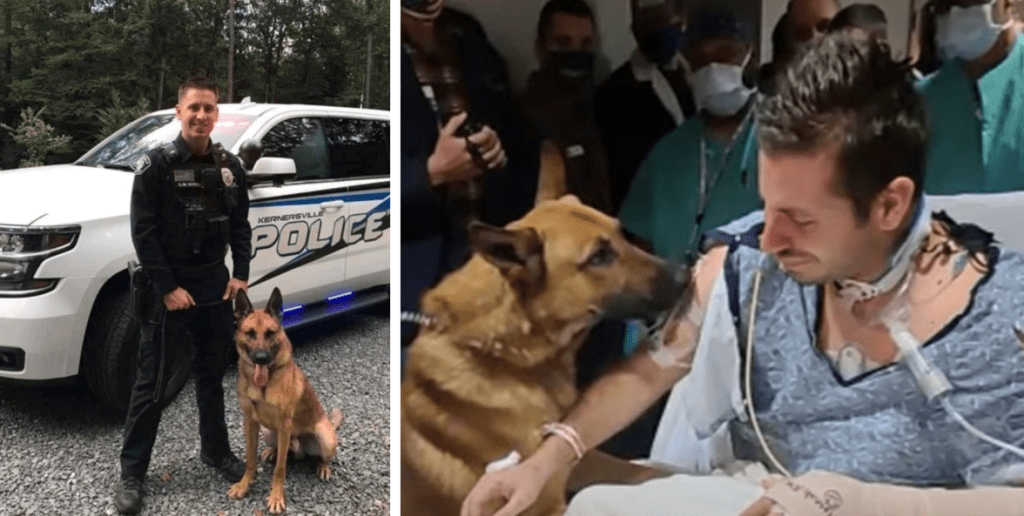 Partners who have done a lot of great stuff together while serving, deserve to stay together even in retirement. 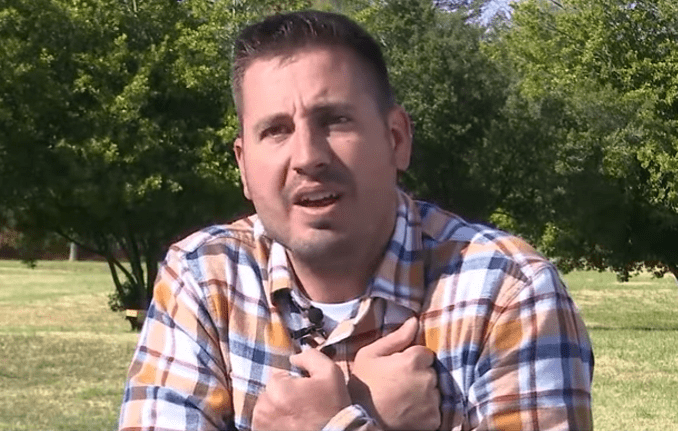 Officer Sean Houle with the Kernersville Police Department in North Carolina was in the process of making an arrest in February when it suddenly turned into an unexpectedly bad situation. 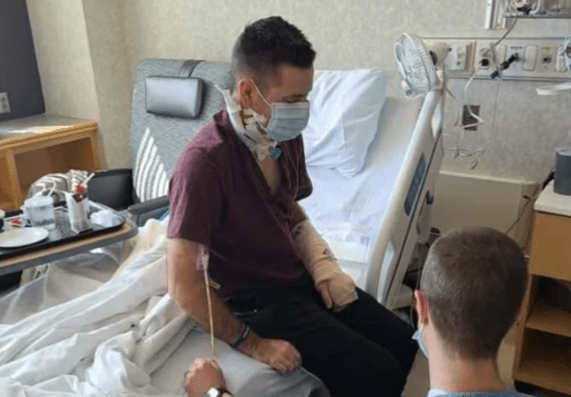 Instead of surrendering, the suspect shot Officer Houle three times, including in the face. This sent him to a long recovery period, during which, the doctors said, he’d already given up three separate times. 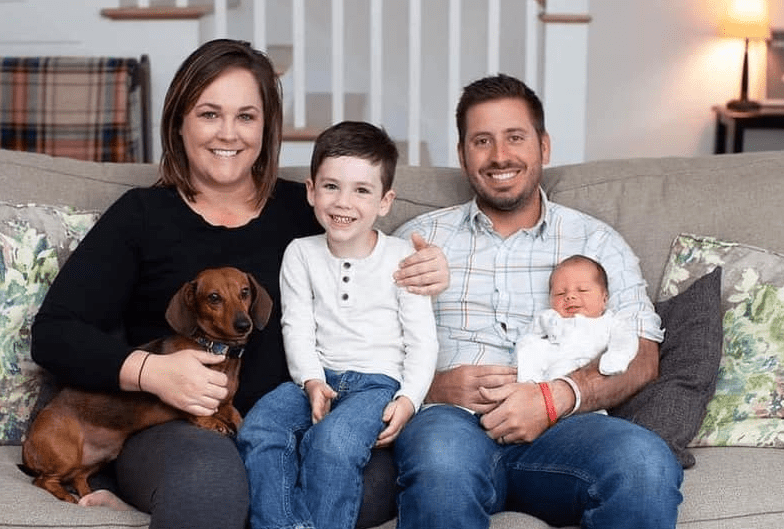 During that time, his loving wife, Ellie, and 2 precious sons were all waiting for him to come back, which he did just in time for Thanksgiving. 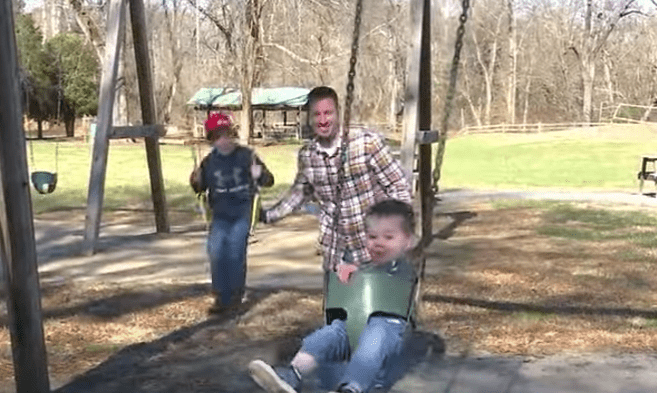 After recovery, Officer Houle expressed his thankfulness to God for giving him another chance to be with his family. He said, “The fact that God has blessed me with the ability to be here with my family and friends and enjoy this Thanksgiving, and what it truly means — truly being thankful…”

Thanks To The Community 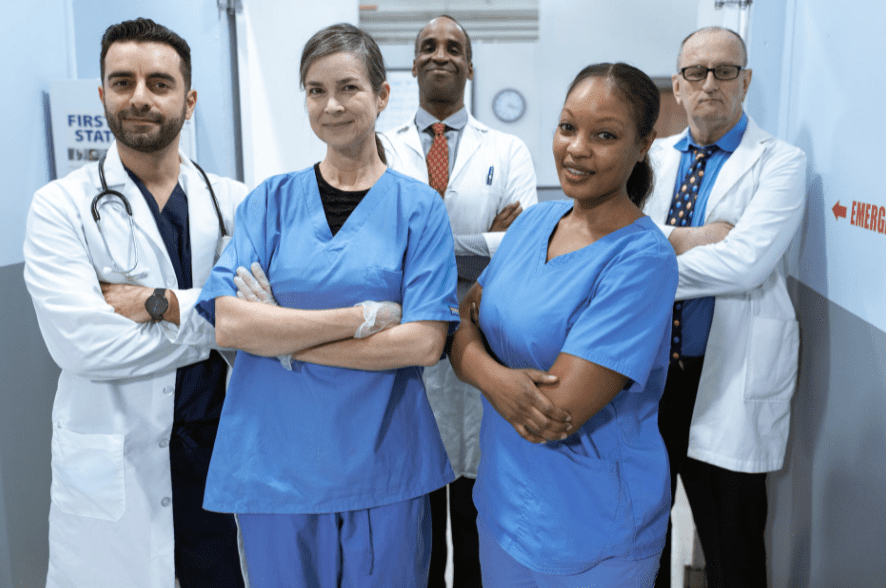 He also expressed his gratefulness to those who took care of him. He said, “We are so blessed to have such an incredible hospital in our community, staffed with the best of the best! Most importantly; so thankful for the King of Kings and Master of it all! Happy Thanksgiving everyone!”

Unfortunately, Officer Houle has made the difficult decision to retire from his service at the end of the year because of his medical condition.

But He’s Not Retiring Alone 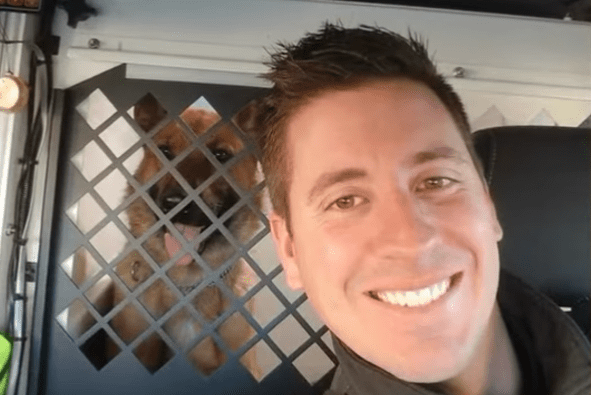 Although his retirement is bittersweet, the Kernersville Police Department decided to send Officer Houle out with his partner K9 dog named Jax. 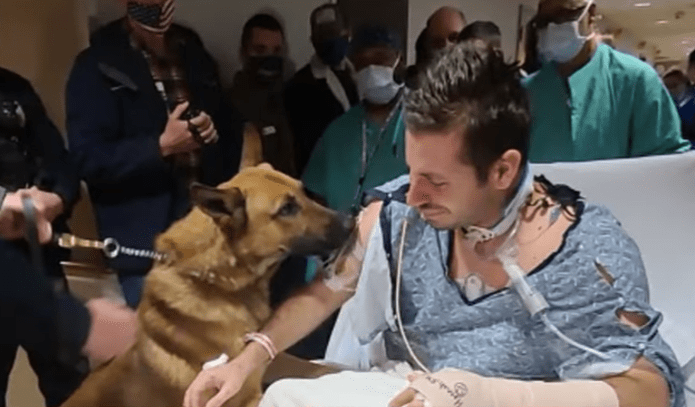 This special gift is another thing for Officer Houle to be grateful for. He said, “The department has been incredible. They’re going to retire my partner Jax with me, so I get to keep my buddy, my dog. That’s a big deal for me.”

Watch Officer Houle’s inspiring story in the video below.