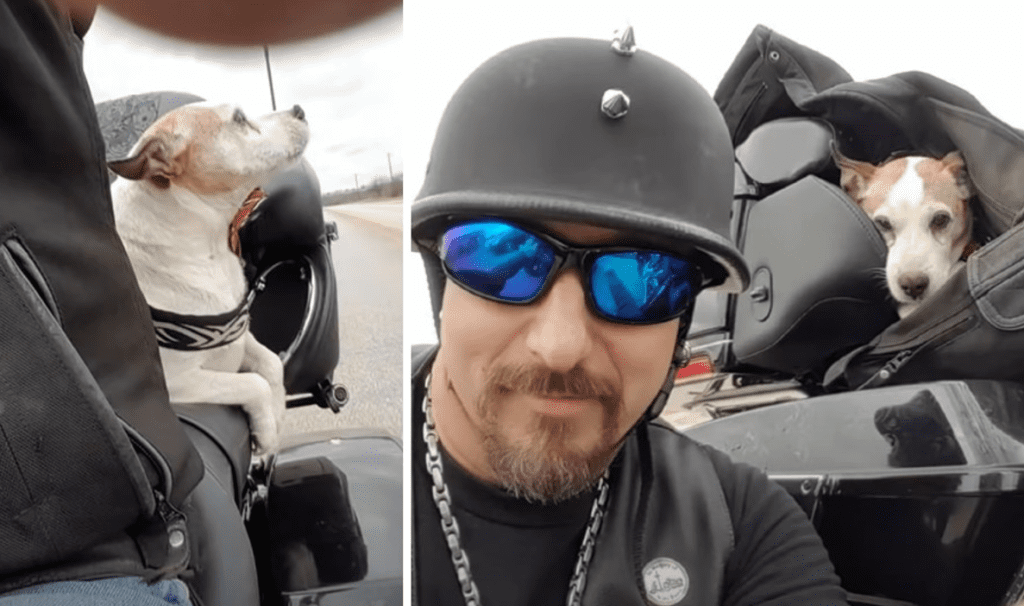 In life, there will be times when we will come across people (or dogs) whose lives we’re going to change, or instead, we could be the ones to change their lives. 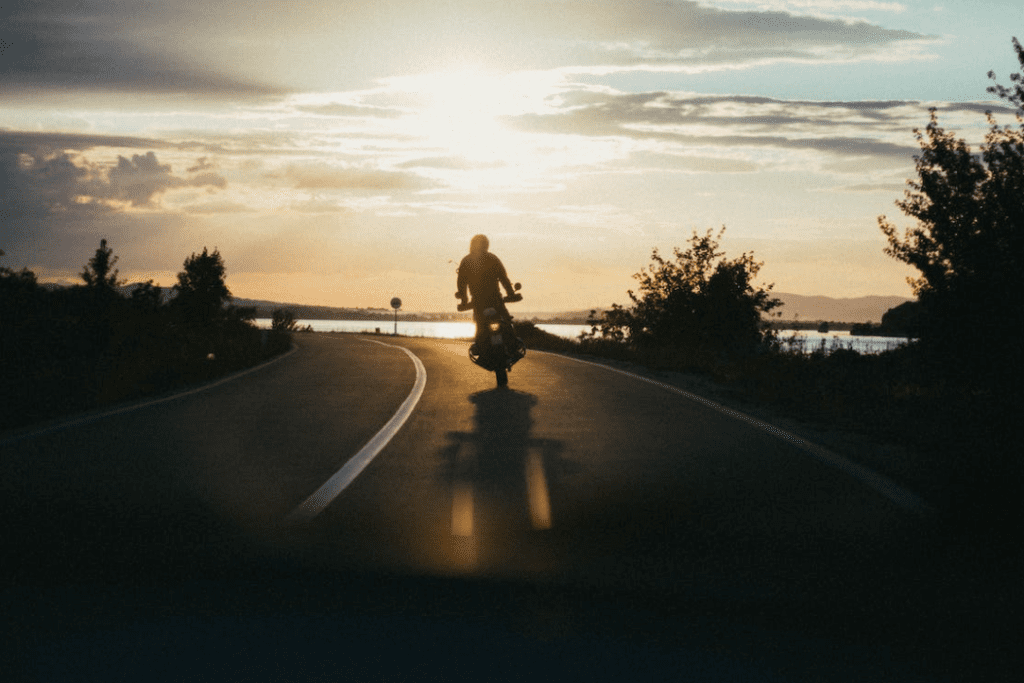 Brandon Turnbow was riding his motorcycle down Highway 171 in Texas on Valentine’s Day to meet his dad when he witnessed a despicable event. 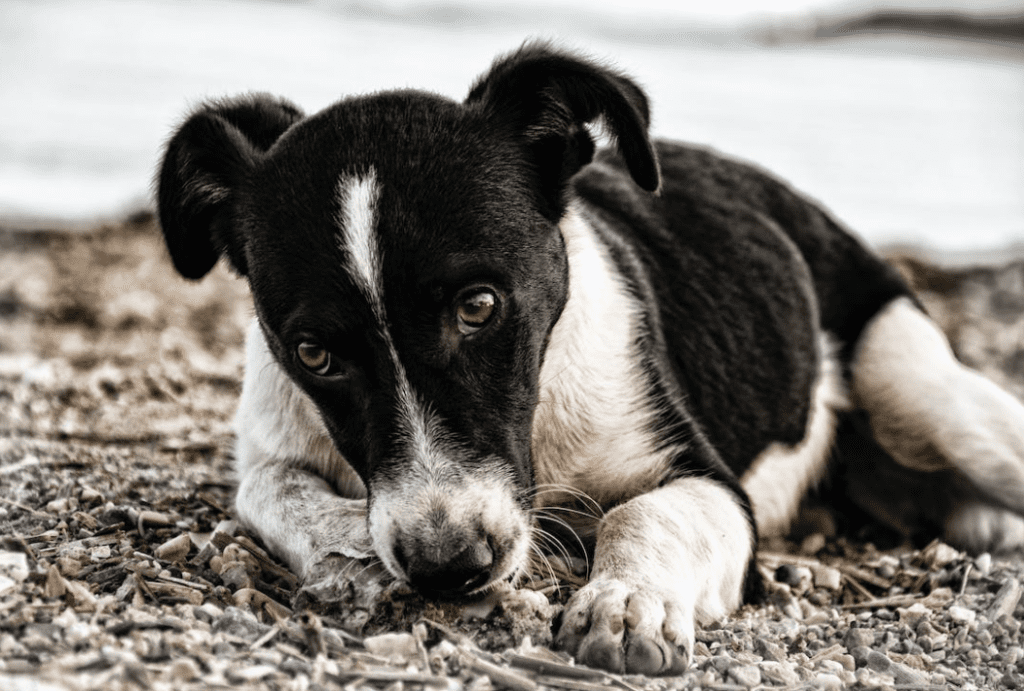 While he was driving down the highway, he saw a man beating up a little Jack Russell. 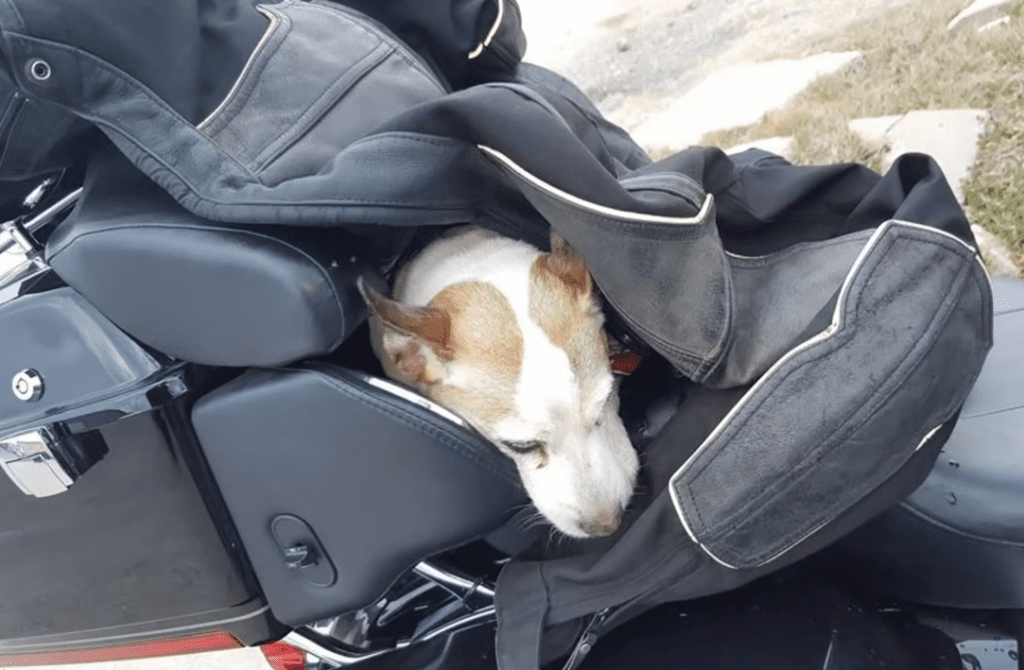 Brandon decided to confront the guy, but before he could say anything, the hateful man threw the dog onto the curb and quickly drove away. 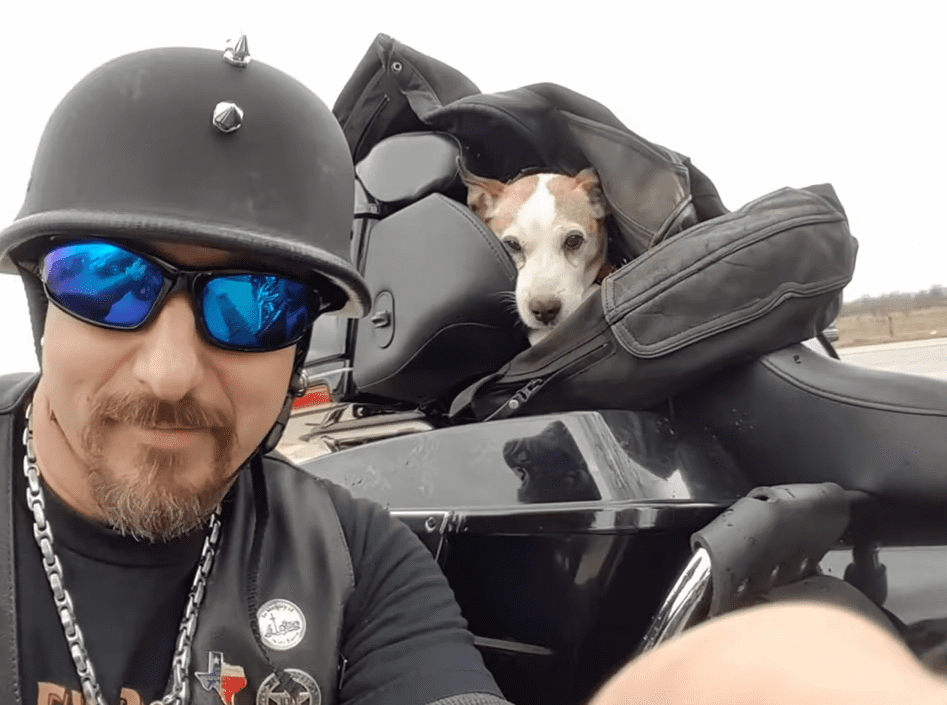 Brandon took a chance and folded his body over the poor dog to see if he would react negatively. Fortunately, the dog then just laid his shaking body onto him so he carried him, stood up, and sat him on the bike seat. 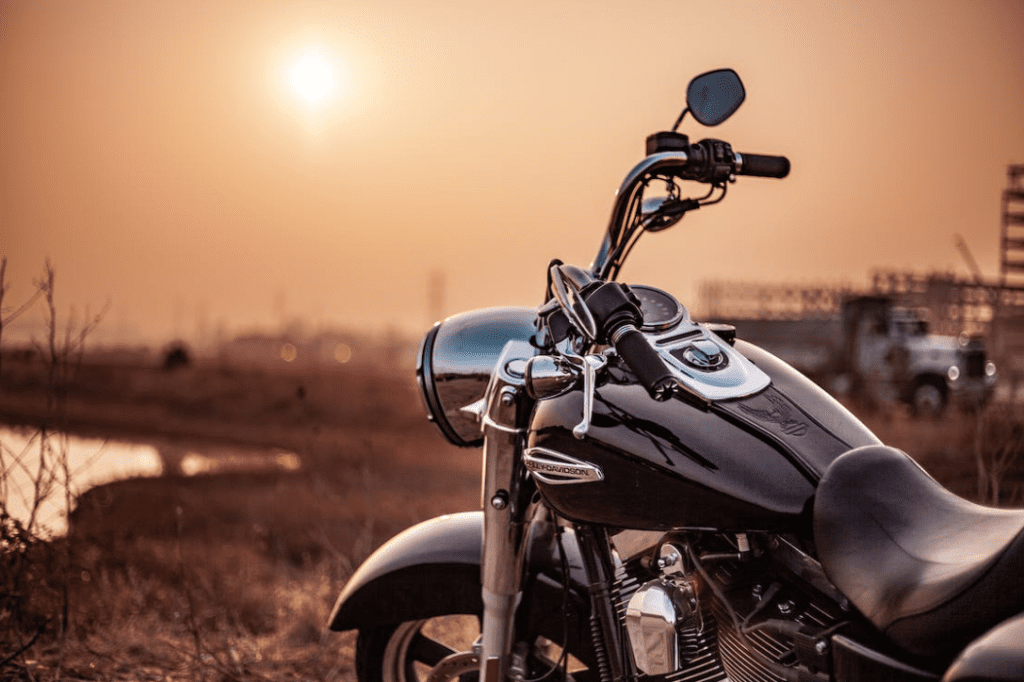 He didn’t want to scare the dog even more so Brandon first turned the motorcycle on to help the dog get used to the vibrations, and when the dog got comfortable, he then put him into his bag and started driving. 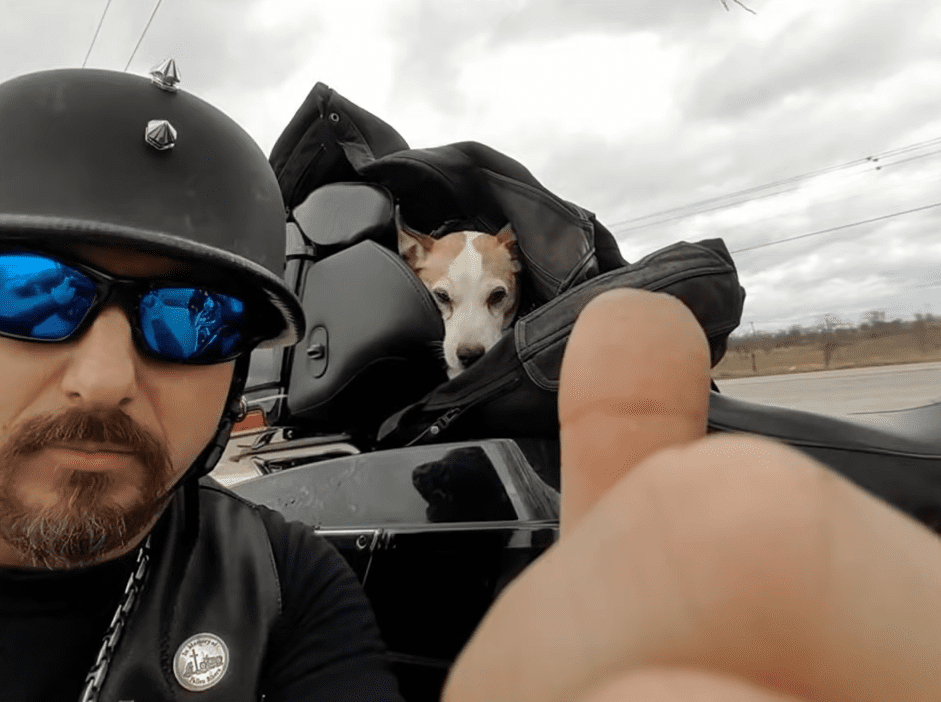 Brandon named the dog Mr. Davidson after his Harley-Davidson motorcycle and decided to take him home that same day. 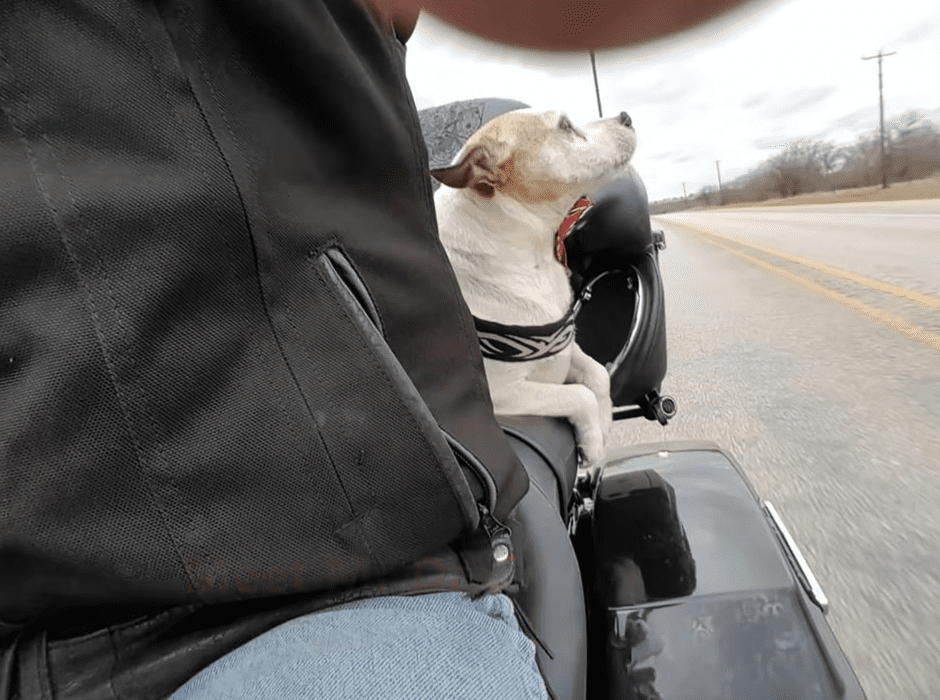 The doggo seemed to enjoy the ride home. Brandon said, “I try to look back as much as I can to see if the dog was trying to move around or not and surprisingly he actually liked riding… So we had about 45 miles to ride to get back to my place and Mr. Davidson was in heaven! I actually think he was a little mad at times that I was blocking his wind!” 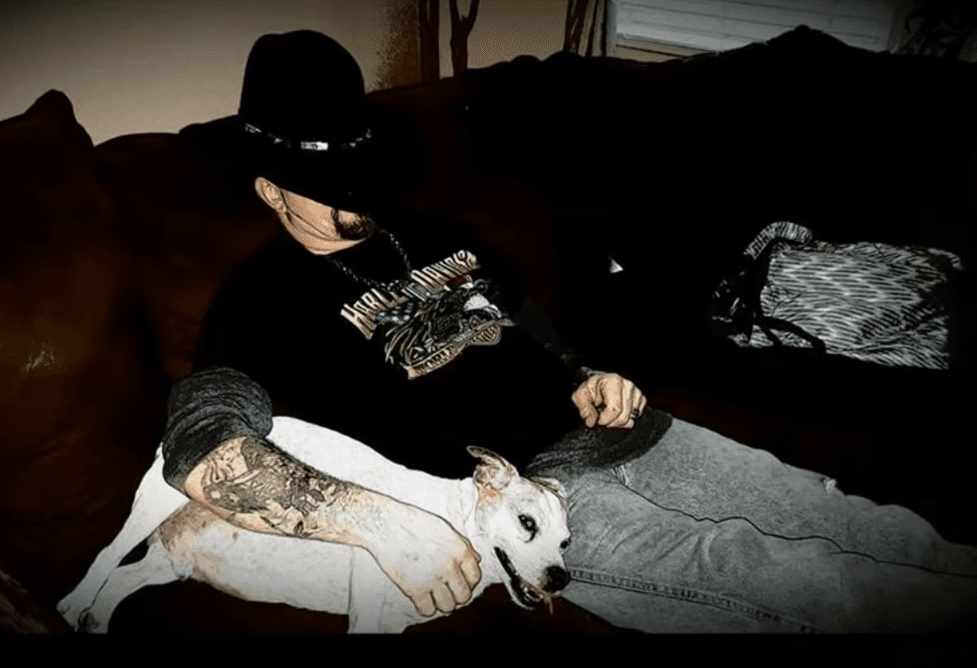 Since then, the lovable dog became Brandon’s riding buddy. Mr. Davidson perfectly settled into his new home with his new-found best friend.

Watch Brandon and Mr. Davidson’s story of wonderful friendship in the video below.