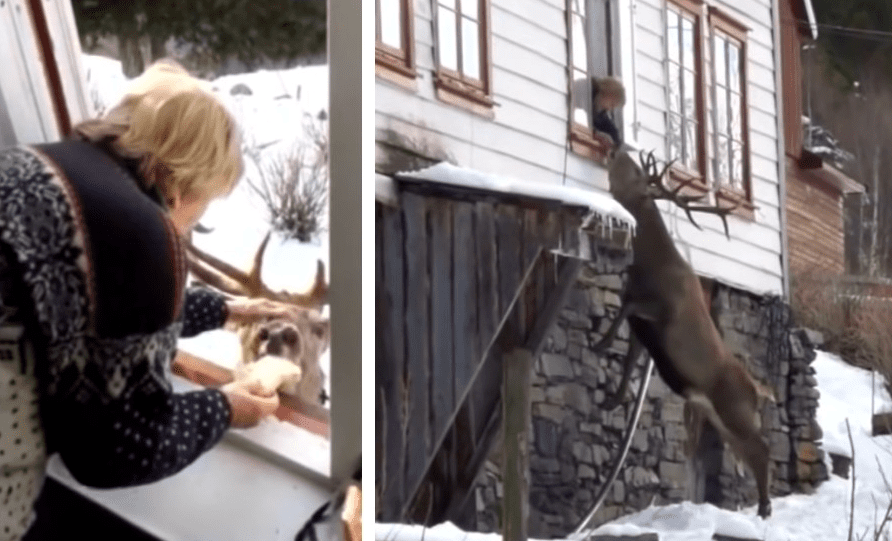 When you’re old and mostly alone in life, making a new friend gets harder than usual. 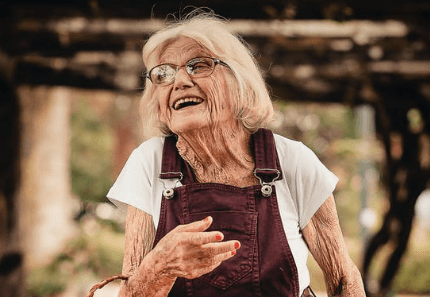 Mette Kvam is an 81-year-old widow who lives alone in Aurland, Norway. 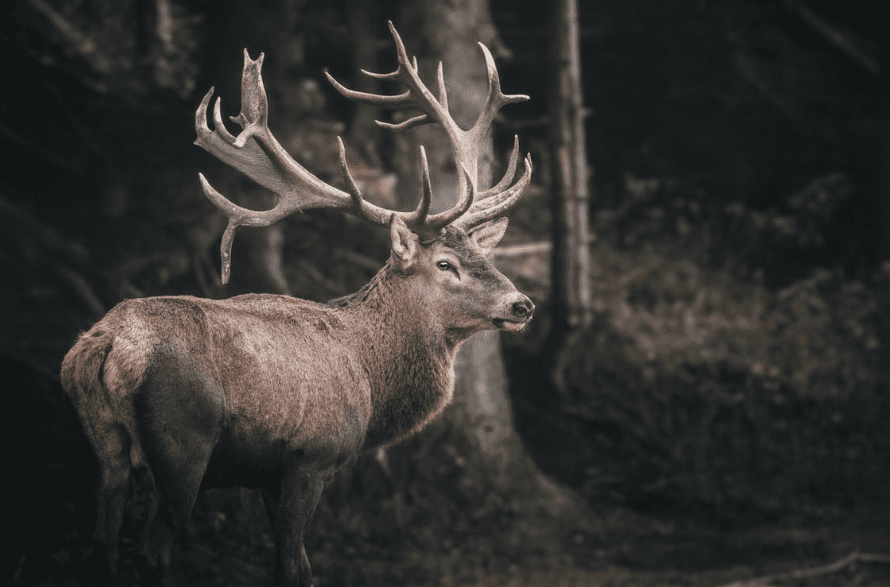 In 2014, a wild stag surprisingly came by her house. Not knowing exactly what to do with her unexpected visitor, Mette fed the stag a snack through the window.

His Name Is Flippen 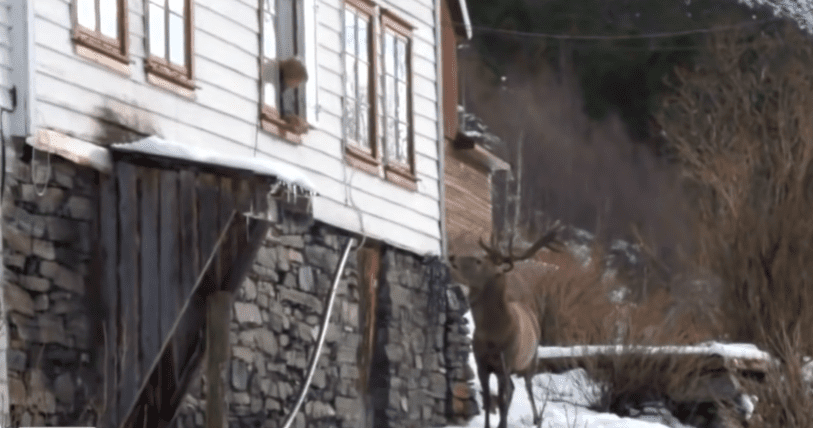 After that, the stag started coming by Mette’s house every day, usually, twice a day, to visit and receive a snack. Eventually, Mette named her newfound friend Flippen. 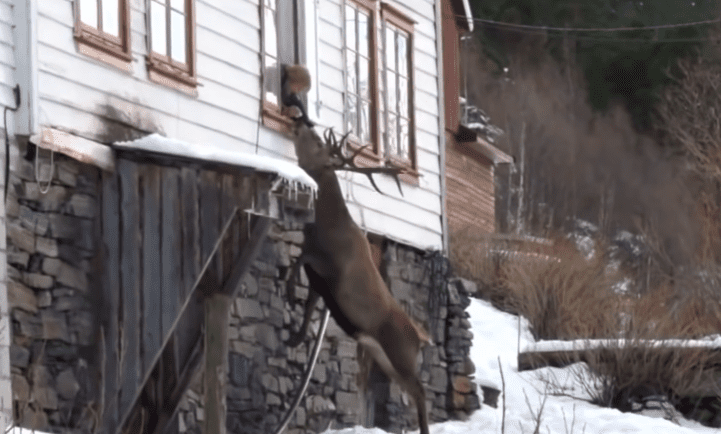 One of Mette’s family friends, Britt Haugsevje Vangen, caught a video of one of their encounters and posted it on social media. 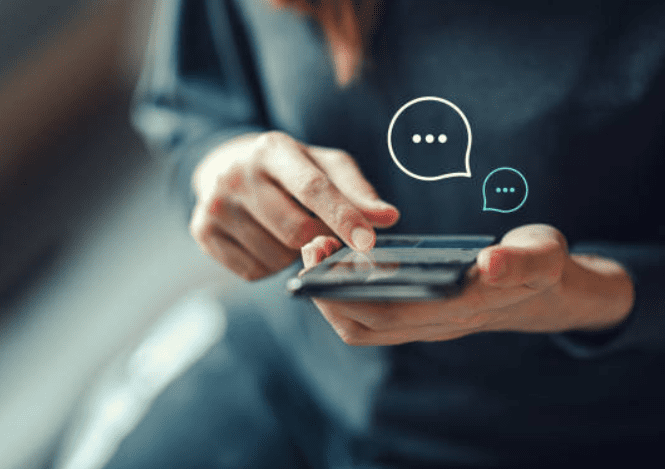 Despite Mette and Fllippen’s adorable friendship, a lot of people are against her giving the stag human food. They say that these wild animals typically can’t digest human food and they can get aggressive with humans once they come to associate us with food. 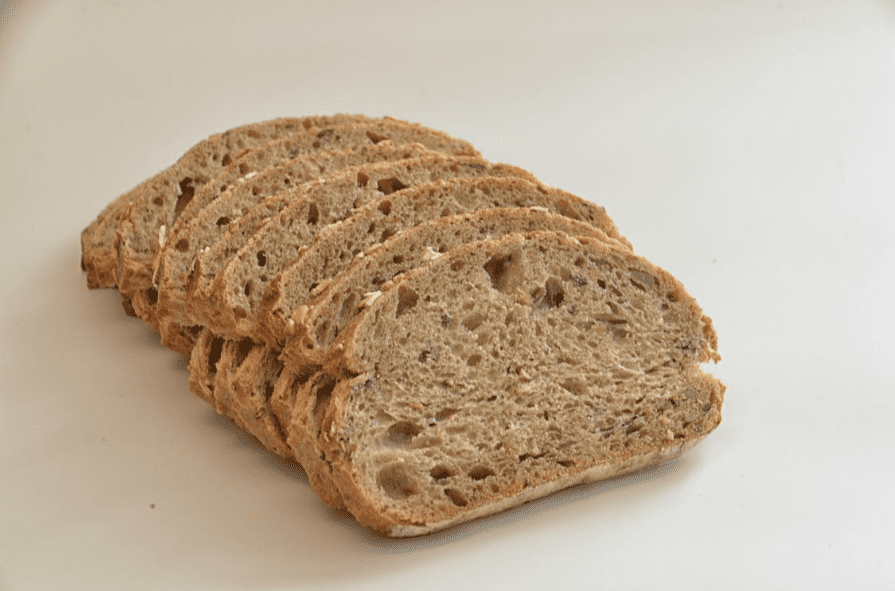 A lot of people argue that wild animals who often receive food from humans may hurt people who choose not to feed them. Also, once they realize that there are people who give them free meals, they may become more reliant on us, which may negatively affect their hunting instincts. 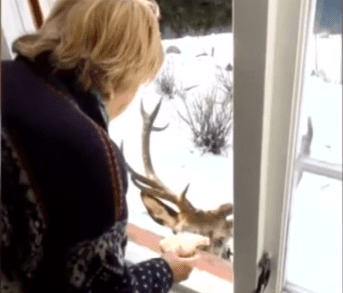 Despite these objections from other people, Mette’s relationship with Flippen seems to work out just fine because he’s clearly not fully dependent on Mette’s tiny bread and he’s never brought his friends with him to Mette’s house ever.

A Different Kind Of Friendship 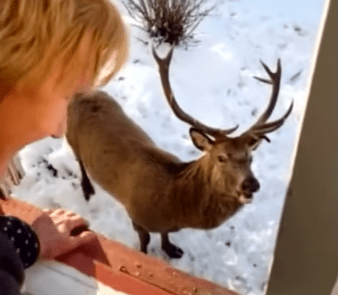 No matter how many negative remarks other people throw at Mette and Flippen’s friendship, how they give each other company might have just saved the two of them from loneliness and isolation, and that’s what matters to them most.

Watch Mette’s unique friendship with a wild stag in the video below.