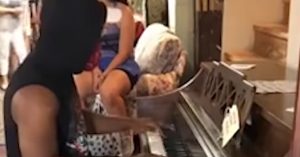 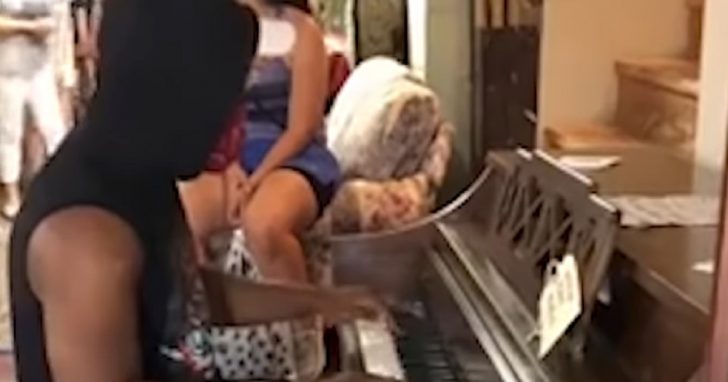 Acts of kindness happen around the world all the time but don’t always make the media. A recent act of kindness worth hearing about is one where the ReMARKable Cleanouts antique shop owner rewarded a 23-year-old college student named John Capron with a free piano.

It All Started When John Played Journey’s Song, “Don’t Stop Believin'” on a Piano at the Store 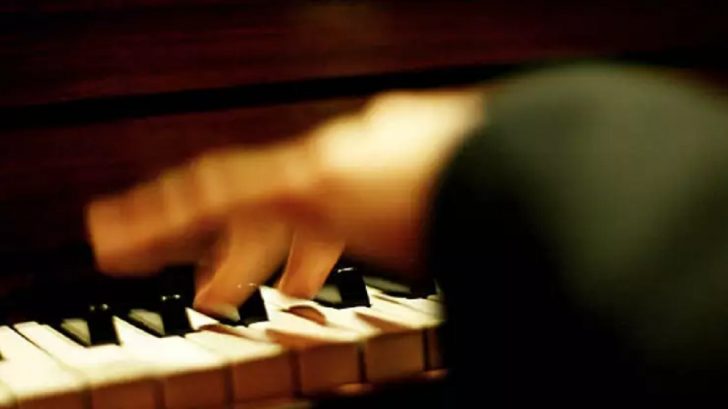 While browsing the Norwood, Massachusetts shop with his girlfriend in July, John decided to tickle the ivories on an old, $200 Whiskey piano on display at the shop.

People Began to Gather Around in Awe 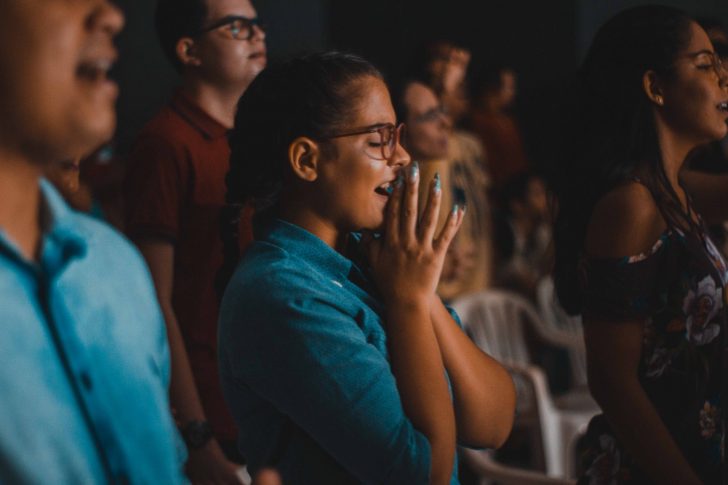 John was so good that customers in the store stopped and watched the little performance.

And Then He Began Gaining Fans Online Too 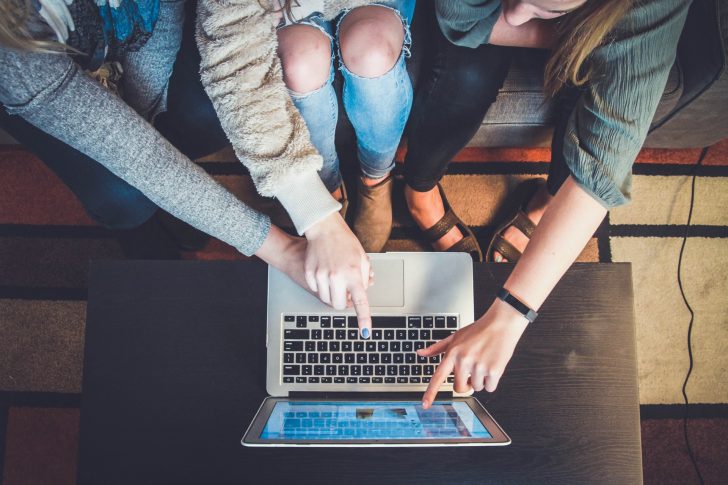 A video of the young man playing the piano ended up getting posted online and going viral. His video ended up earning thousands of views.

But People Online Were Unable to Identify the Mystery Piano Player 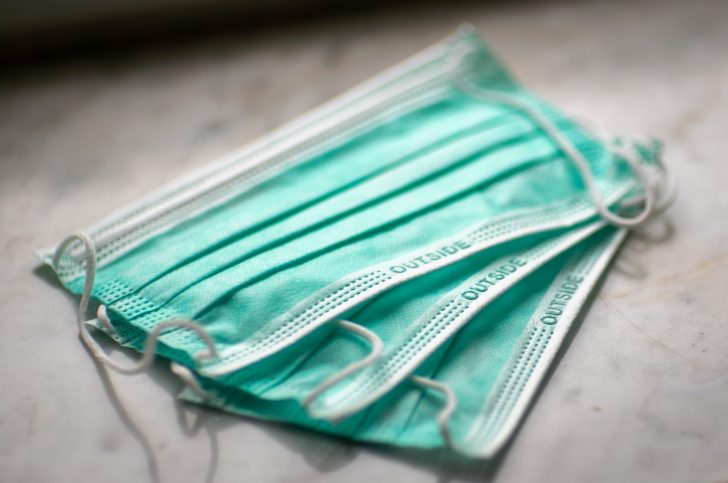 Because he was wearing a mask in the video, people were having difficulty identifying him at first. That’s when national news outlets began asking the public to help identify him. The store owner, Mark Waters, too, was interested in knowing who the man was.

John Eventually Revealed Himself to the Store Owner 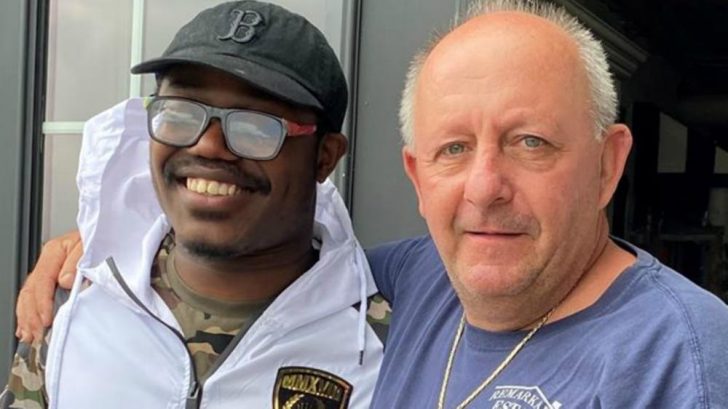 After finding out that people were interested in knowing who he was, the piano player came forward and told his name to the store owner of the antique shop. 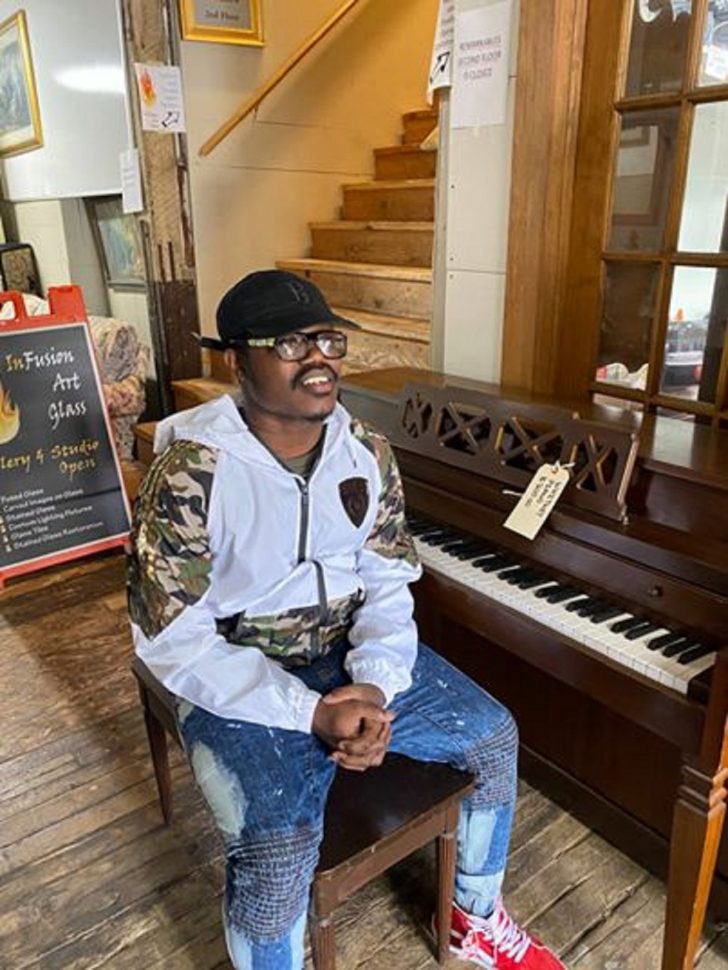 Mr. Waters had plans to gift the Whiskey piano to the 23-year-old man. Then he changed his mind. 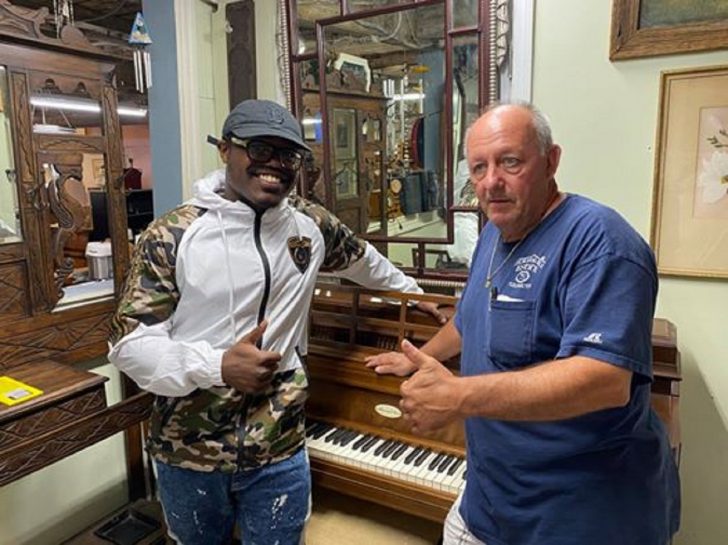 Rather than giving away the $200 piano, the store owner decided to give him something even better: a very nice Steinway and Sons piano that had been sitting in the back of the store. 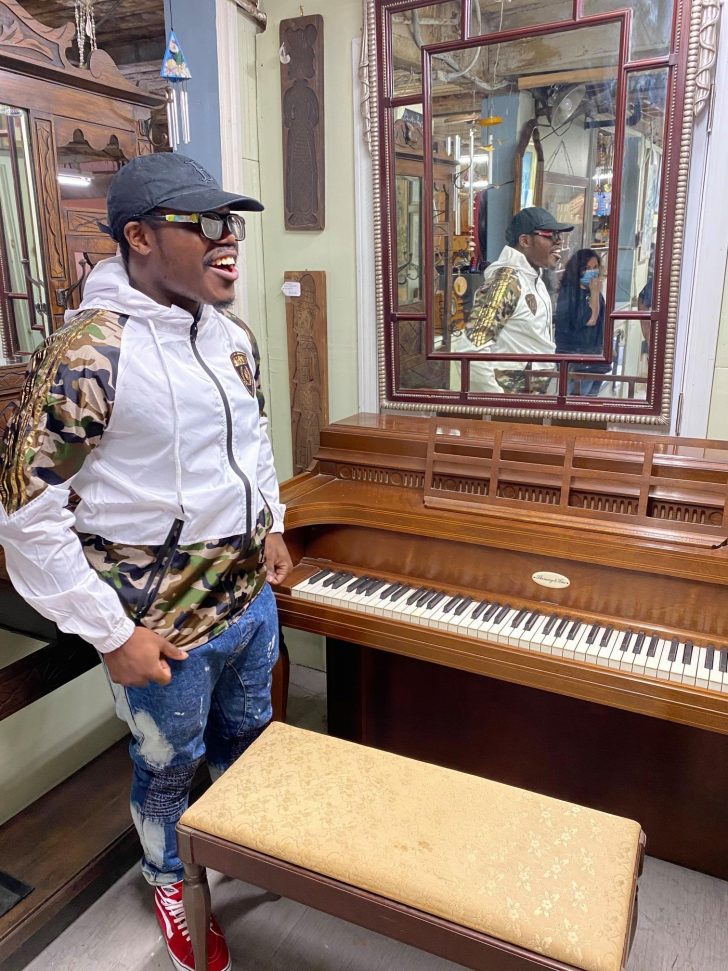 “To see him cry made me cry,” Mark explained. “It’s just going to sit here, so if you can bring it into somebody else’s life and bring it back to life, then God bless America, you know what I mean? That’s what life’s about! I wish I could do this every day!”

Thanks to Mark, John Now Has His Very First Piano! 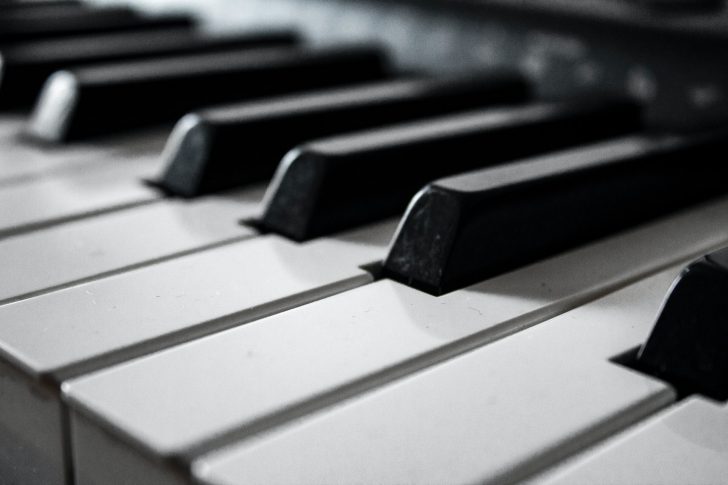 The young, self-taught musician is thrilled to be able to take in the piano as he’s never owned one previously.

Not only does John not have to worry about paying the $3,000 bill for the piano, but Deathwish Piano Movers offered to move John’s piano into his fourth-floor apartment for him for free and, in addition, offer free piano tuning. How kind!