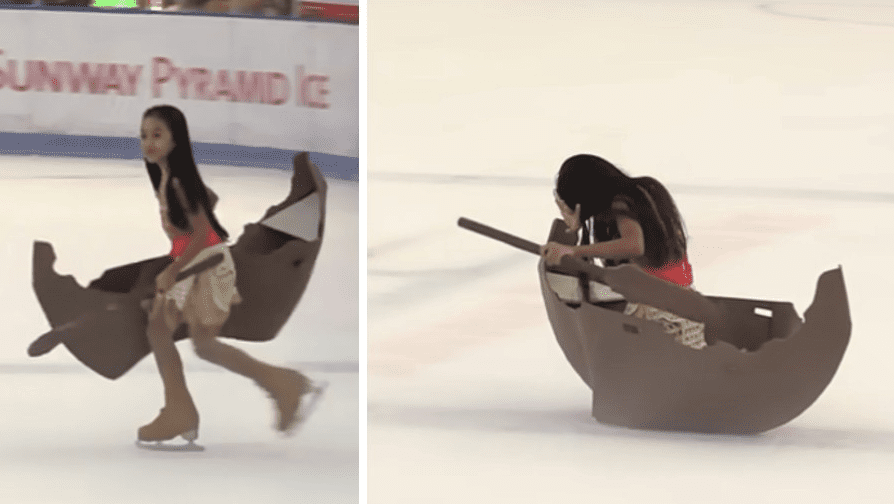 Little children can be very passionate about their talents and interests, and there are times when they become creative and find ways to associate these two things in a single performance. 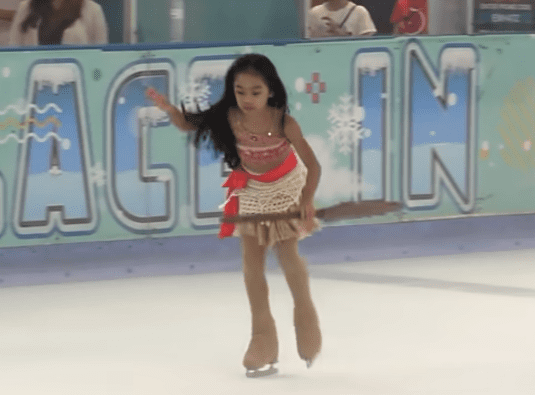 Maqdalene “Maqda” Yacoba Kristanti is a representative of a training facility in Indonesia who caught the attention of the audience with her gimmick. 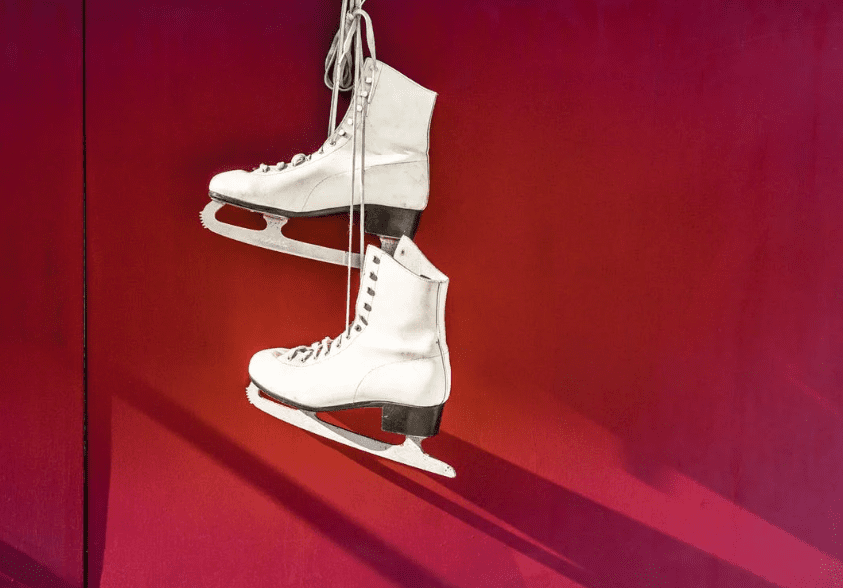 Skate Malaysia is an international figure skating competition that has been held in Kuala Lumpur for more than twelve years. 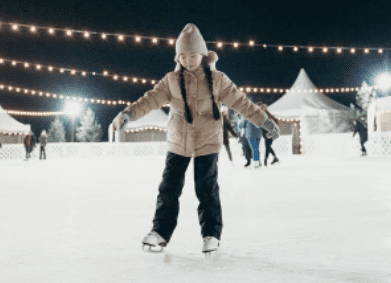 Spotlight Events, according to Skate Malaysia, “is an entertaining and ‘fun’ routine that emphasizes the skater’s acting ability and not technical skating skills. There is no score for technical merit in this event.” 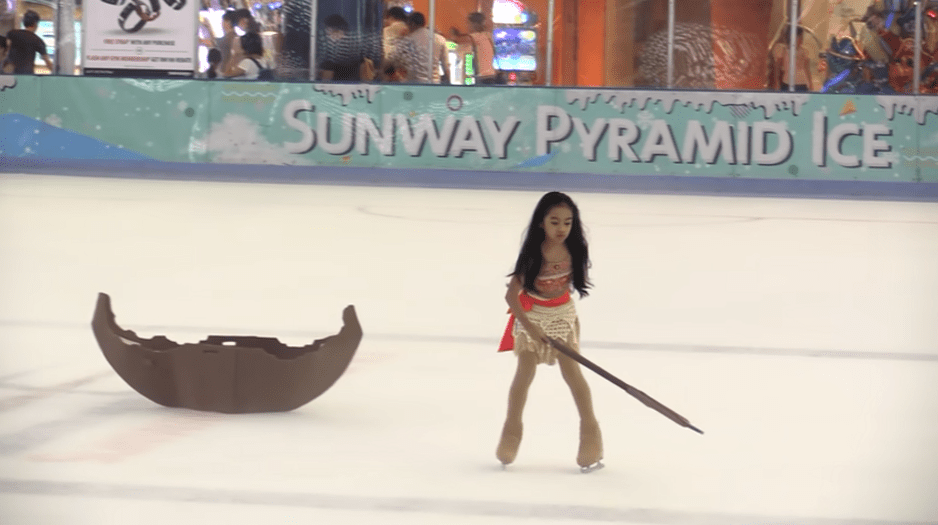 A Spotlight Event has three categories, and Maqda’s performance was under what we call a “Character Spotlight” where skaters dress up as a character, and Maqda decided to join the competition as “Moana”. 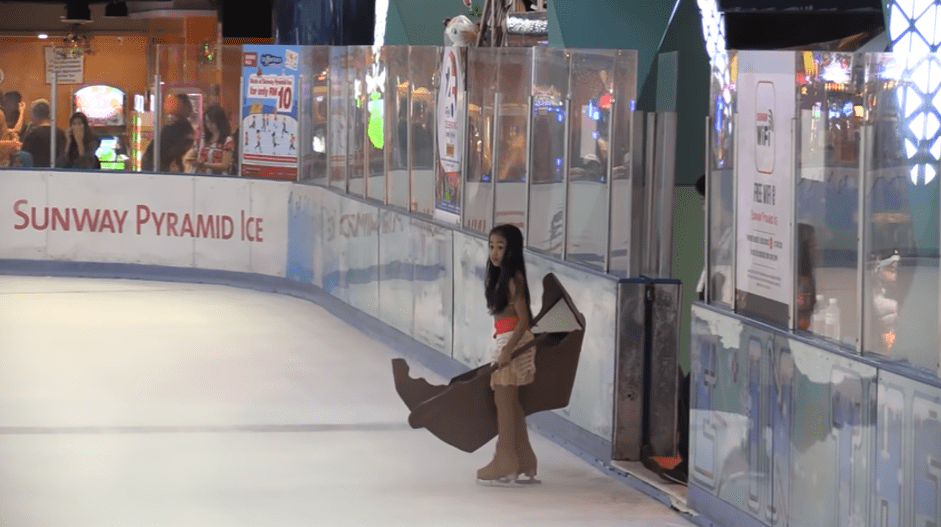 Maqda entered the rink carrying her boat and paddle which were obviously inspired by the 2016 Disney film “Moana”. 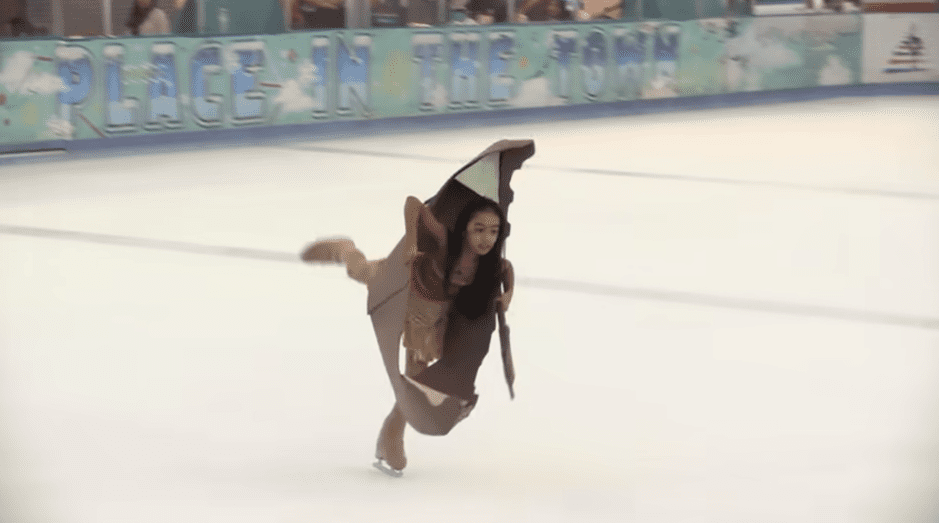 The movie’s soundtrack entitled “How Far I’ll Go” played and Maqda started skating and “paddling” her way around the ice rink. 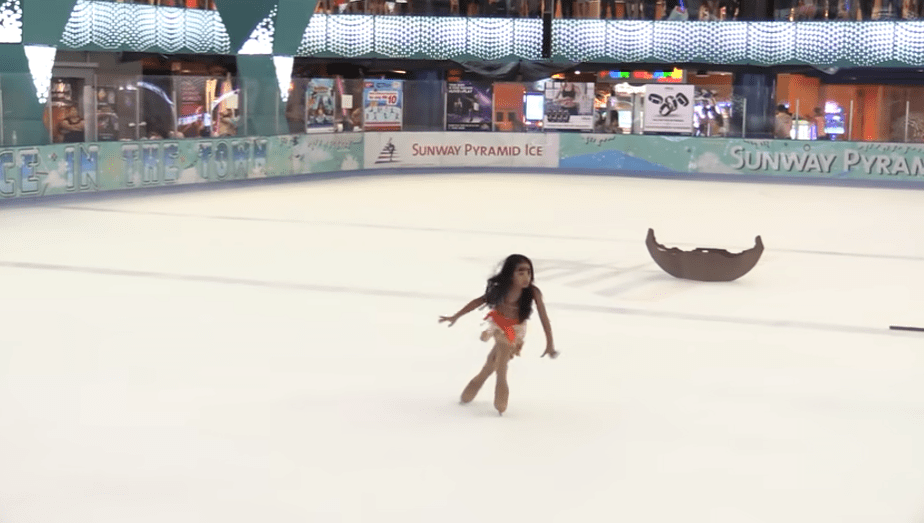 We usually see figure skaters perform with their hair neatly tied up, but Maqda wanted to be in character so she just graced the floor with her smooth glides and turns while her hair flew in the cold breeze like Moana’s in the movie.

Out On An Adventure 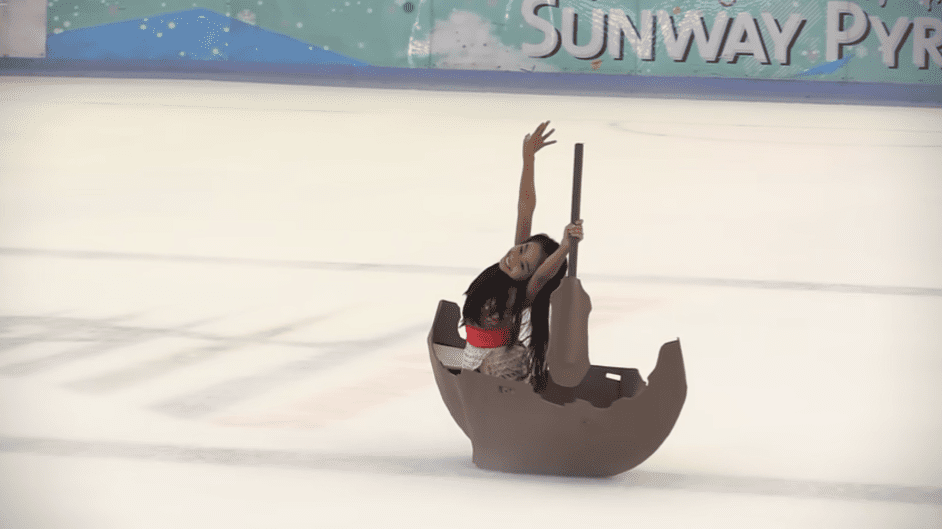 In the latter part of her performance, Maqda got into her boat and “sailed” around the ice skating rink as if she was on an adventure until she finished her routine by flashing a big smile at the crowd.

Watch Maqda’s entertaining Character Spotlight performance in the video below.