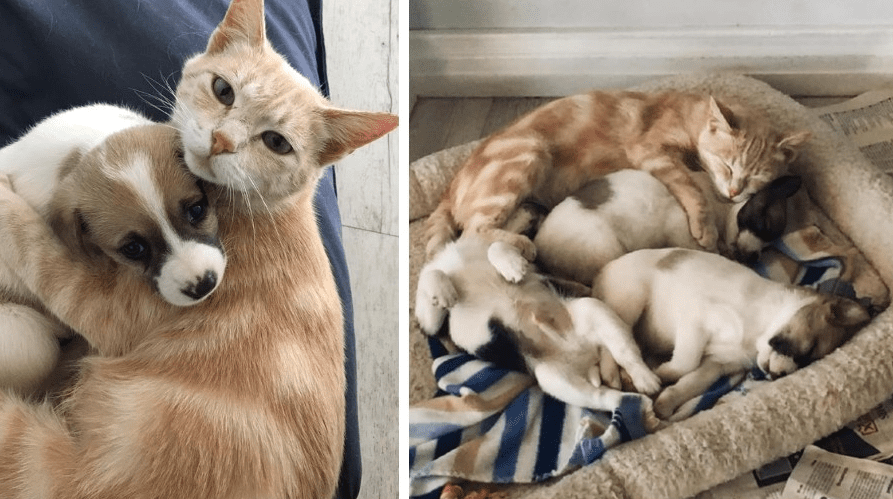 Animals feel the grief of losing families just as humans do, and sometimes, they’re too helpless to heal from the loneliness. 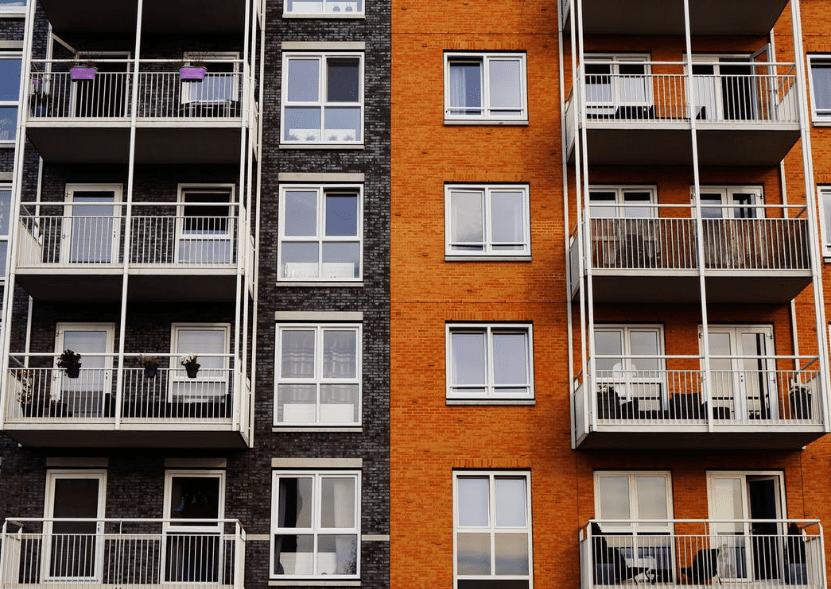 When the new tenants came over to a vacated rental apartment, they were surprised to find an abandoned family of kittens with their mama cat.

Trying To Save Them 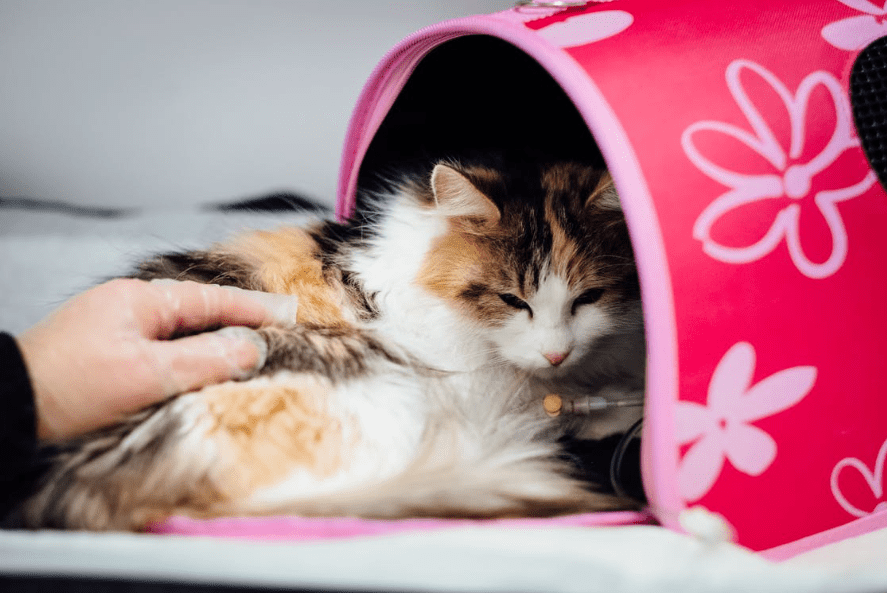 The new tenants immediately took the cats to the vet where the mother cat named Kathryn was soon given the care that she needed, but unfortunately, her kittens didn’t make it because of too much dehydration. 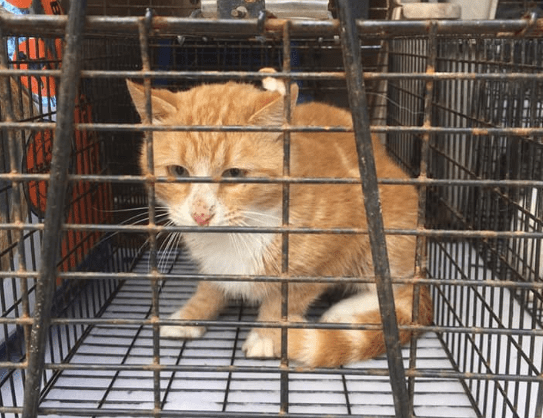 Kathyrn became seriously lonely and couldn’t stop crying when she realized that her babies were gone. 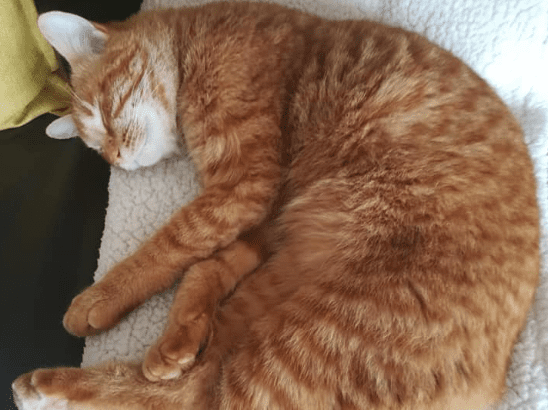 Izelle Marallich, the chairperson of the veterinary clinic, couldn’t leave Kathryn in a shelter all alone so she took her to her home, and surprisingly, the grieving cat got along with her foster dogs. 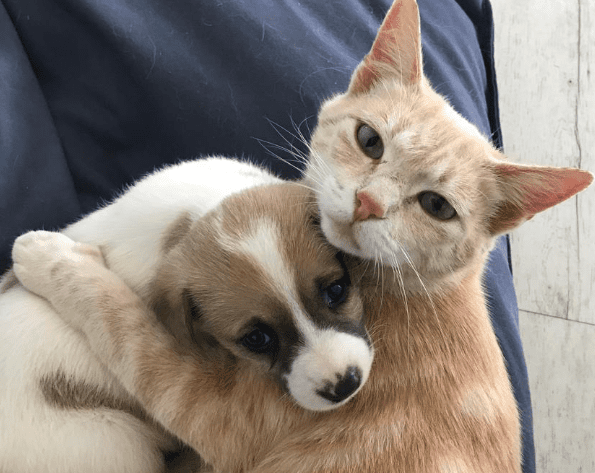 Kathyrn was longing for something to take care of, so she went to the dogs and tried to care for them. Every day, she would get up and look for her kittens, and she would cry when she realized that they weren’t coming back.

A Gift For Kathryn 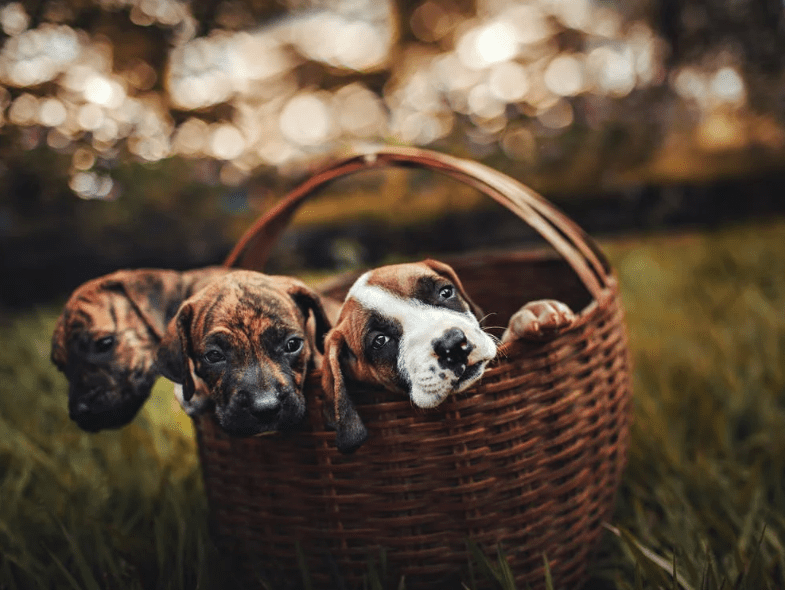 Eventually, a litter of puppies who had all lost their mother arrived at the veterinary clinic. Izelle thought that Kathryn would be a great mother to them so she took the puppies back home with her. 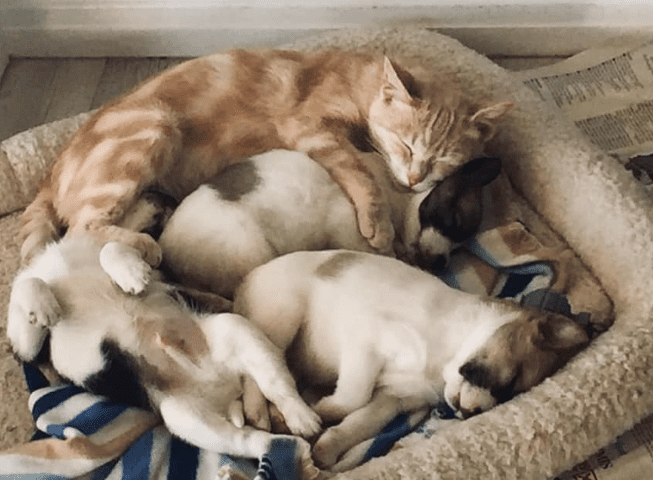 As soon as Kathryn saw the puppies, she ran right up to them and fell in love with the dogs. Kathryn took care of them until they were old enough to become independent. 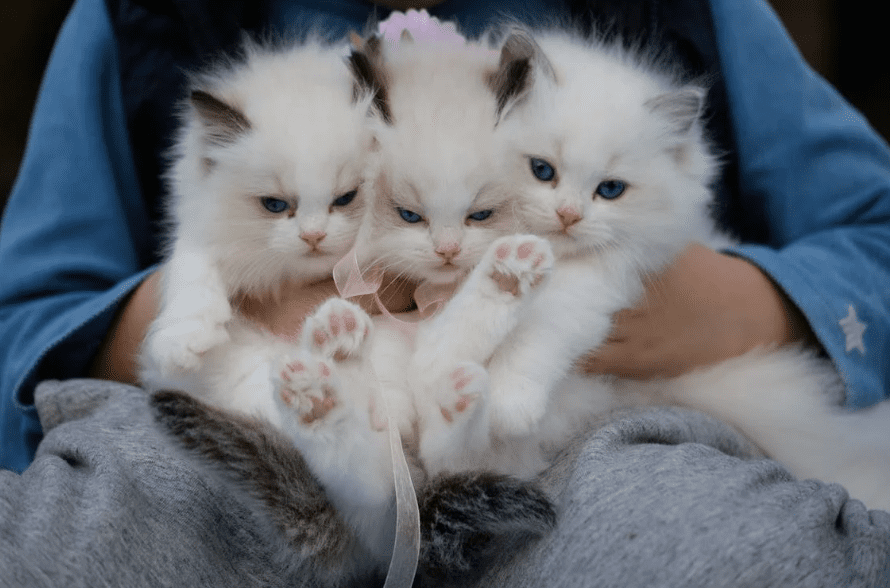 After a while, Izelle brought two orphaned kittens into her home just after the puppies were adopted. As expected, Kathryn took care of these kittens too.

It seems that Kathryn’s longingness to take care of other animals will be with her forever, so Izelle is using that to other animals’ benefit.