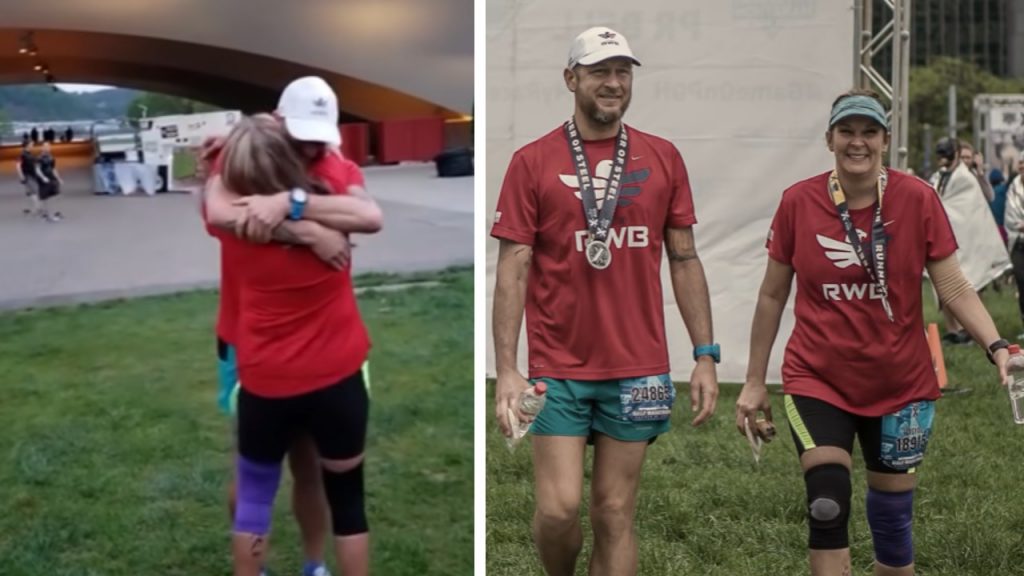 Unfortunately, not all parents get to watch their children grow up. 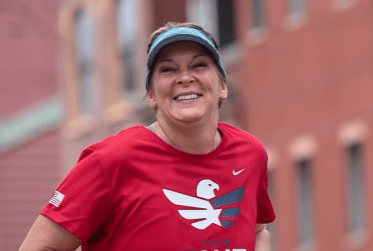 Stacey Faix was 15 when she gave birth to her son. At that age, she knew she was not capable to raise a child yet.

So She Put Him Up For Adoption 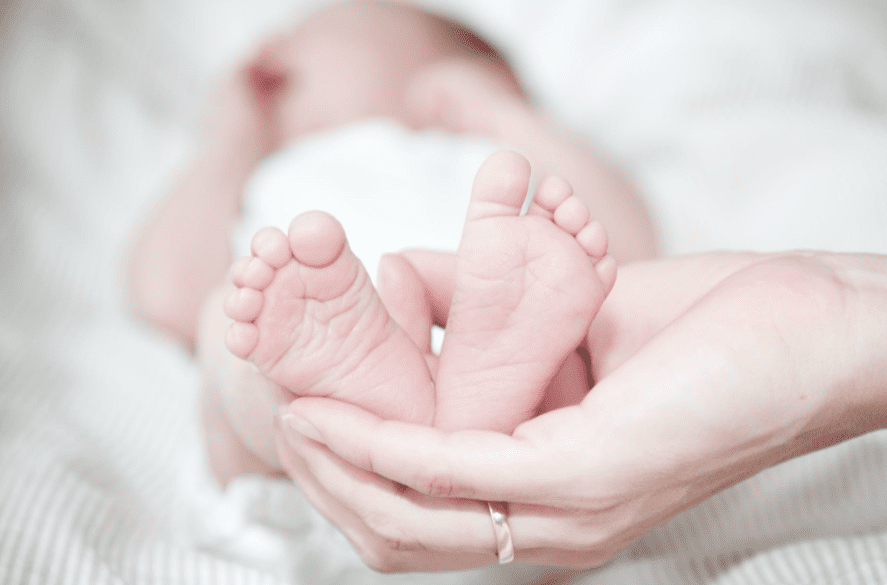 Stacey chose to put her son up for adoption. She didn’t even get the chance to hold him when he was born, and it was a difficult decision for her because she thought she won’t ever have the chance to see and hold him again. 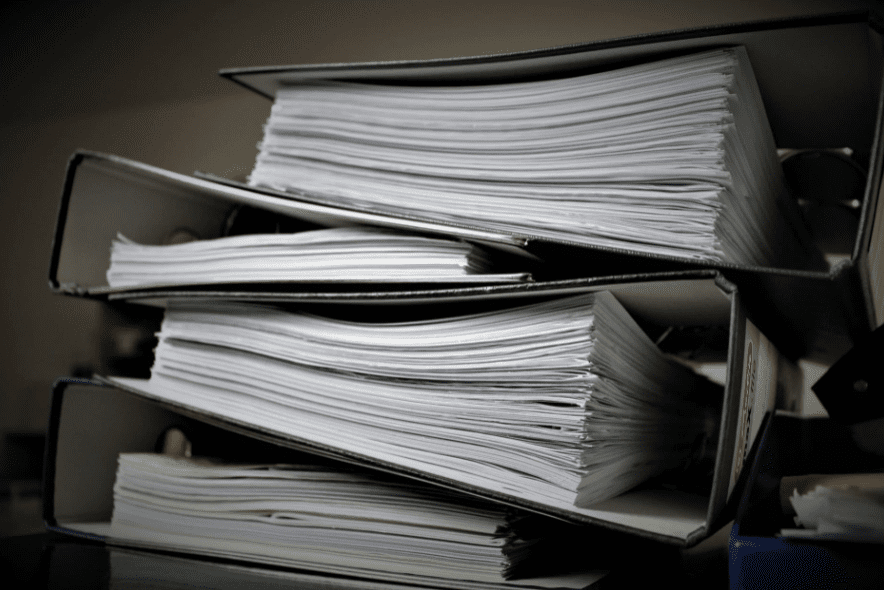 When the state of Pennsylvania passed the law in 2017 that give adopted children the chance to access documents regarding their biological parents, Stephen Strawn, Stacey’s son, finally got the information about his mom. 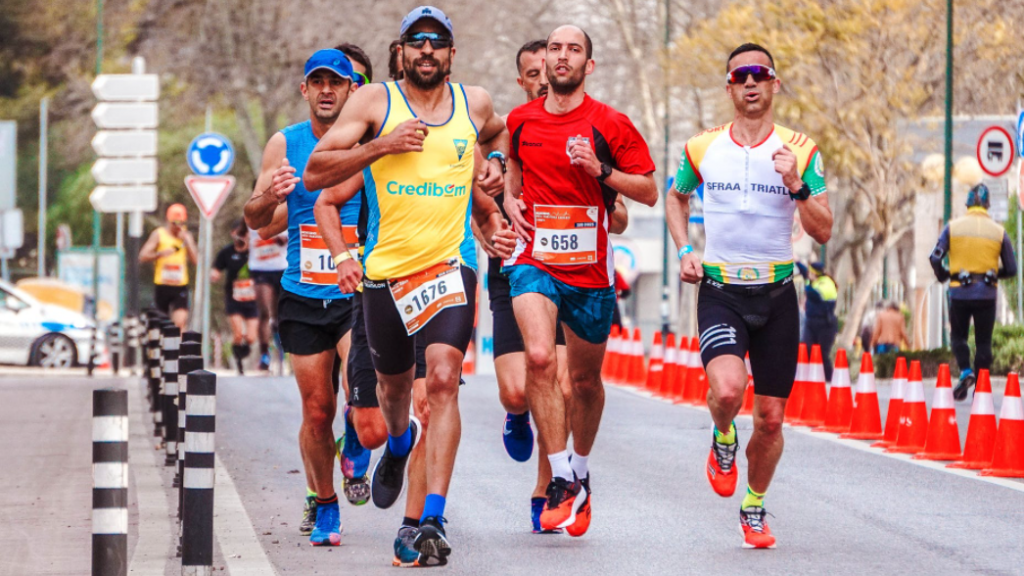 He found out that both of them are members of a veteran support network called Team Red, White, and Blue (RWB), and that both of them were registered to run in a Pittsburg Half Marathon as they were part of different RWB chapters.

He Took The Chance 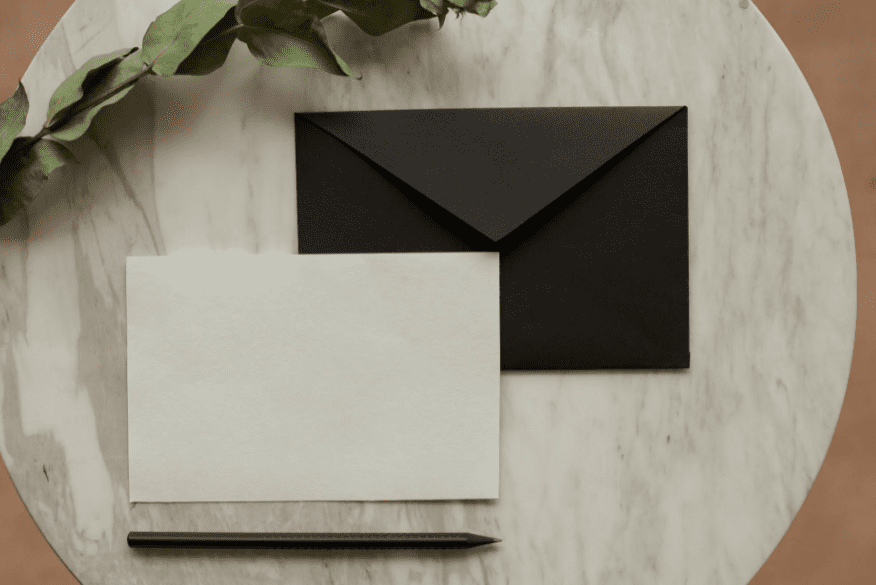 Stephen reached out to the Pittsburgh chapter of Team RWB and they agreed to surprise Stacey in the event where she read a note that says, “It’s been 13,075 days since you last saw me. I didn’t want to make you wait one more.” 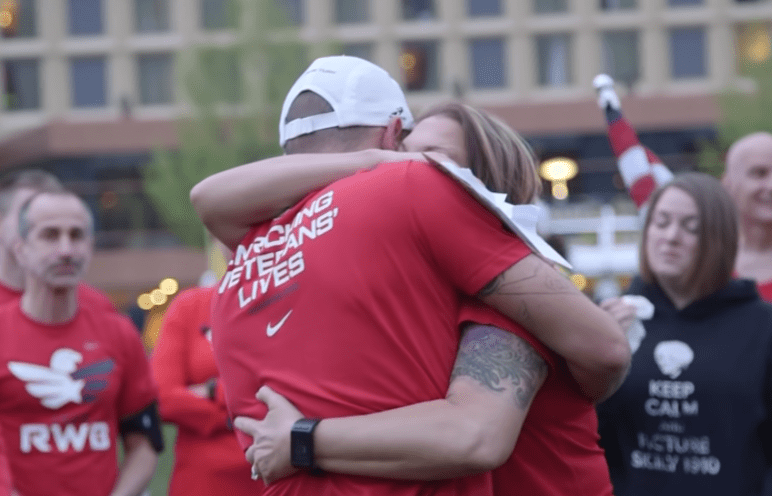 Stephen immediately showed up and Stacey emotionally hugged him like there’s no tomorrow. 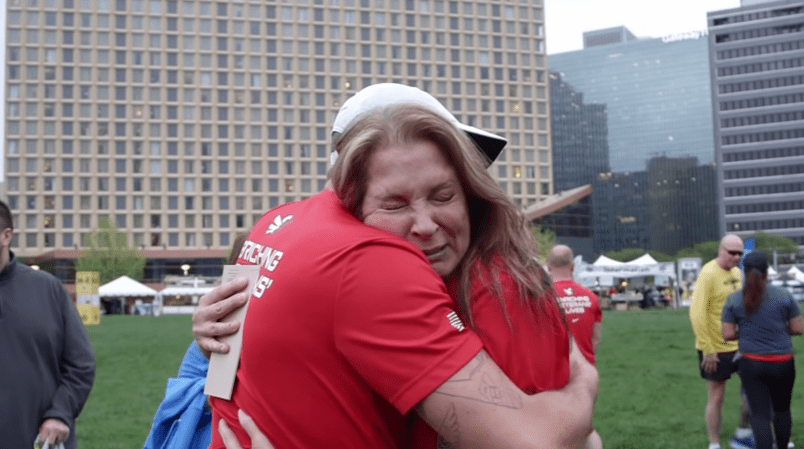 Stacey’s daughters and Stephen’s wife were there to witness the touching reunion, and they all got emotional with the beautiful event. 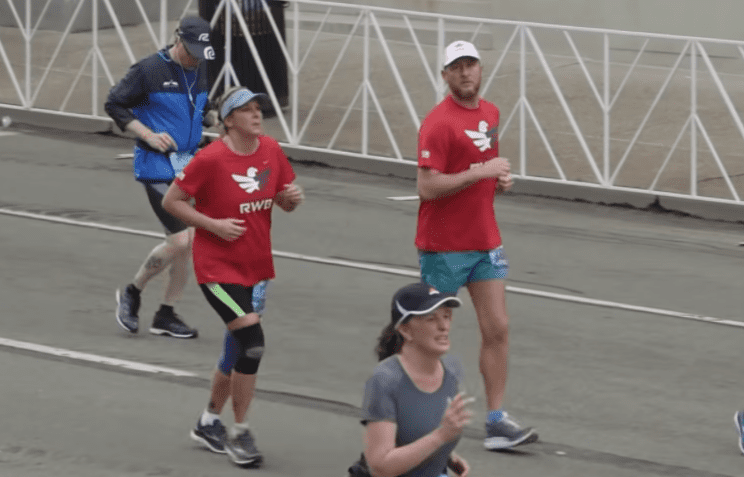 The mother and son grabbed the chance to do the thing that’s close to their hearts together – running.

Watch Stacey and Stephen’s heartwarming story in the video below.