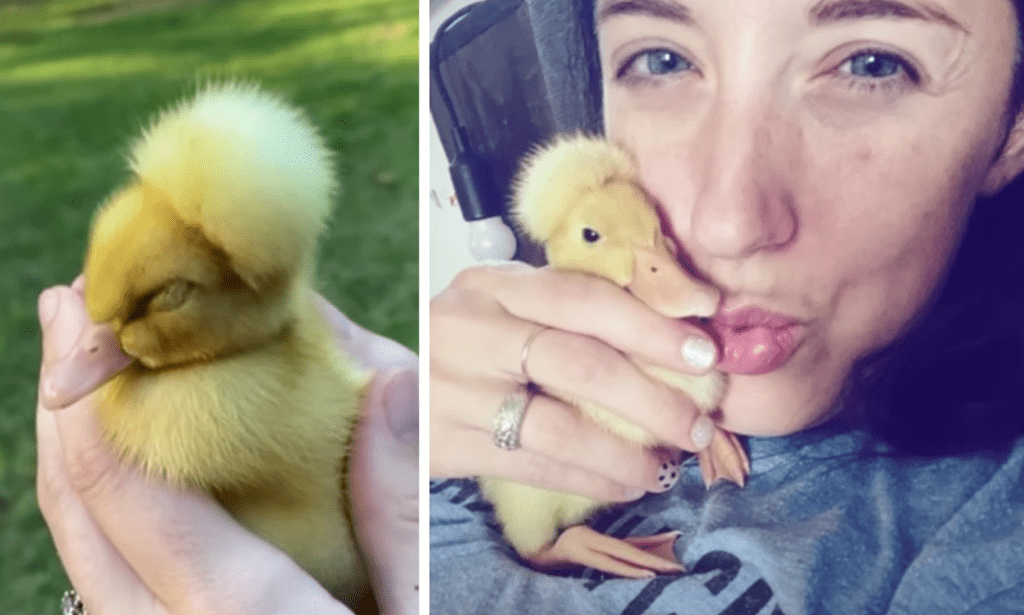 Some of us are not as strong as others to survive this harsh world. Sometimes, it takes another set of hands to support and take care of another, and it makes all the difference. 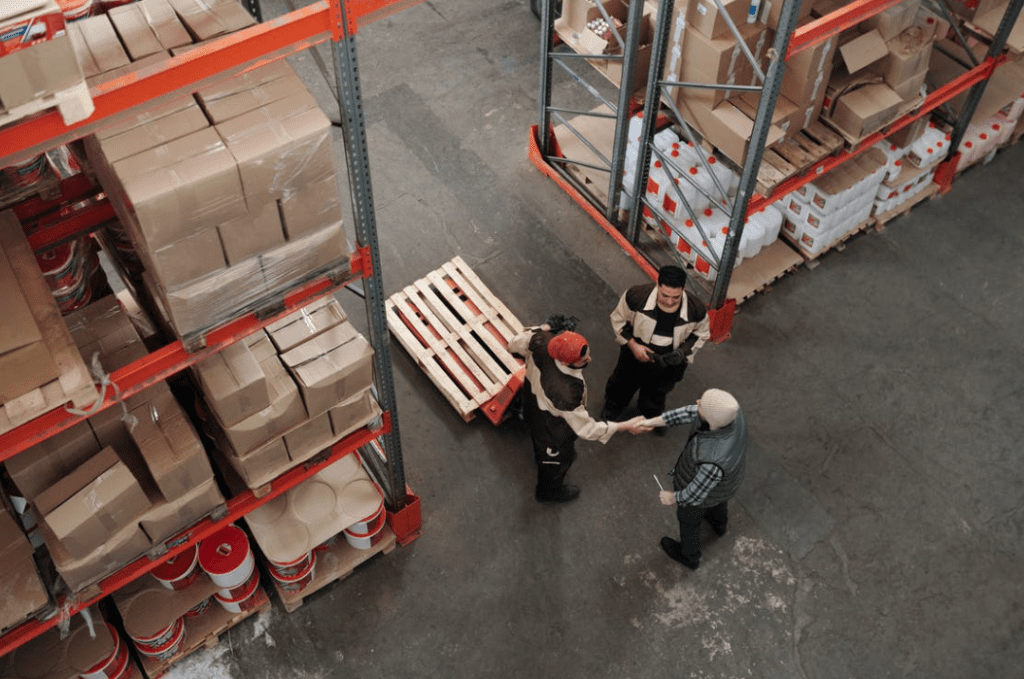 Sarah was in Tractor Supply when she saw a young duckling cowering in the corner all by himself. 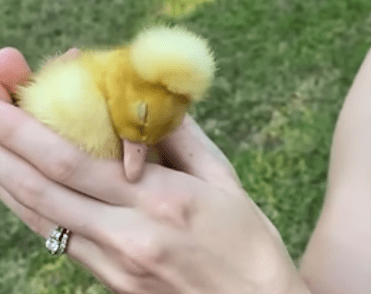 The duckling’s loneliness wasn’t the only thing that captured Sarah’s attention but the little bird’s unique tuff on his head like a bonnet made of feathers.

She Took Him Home 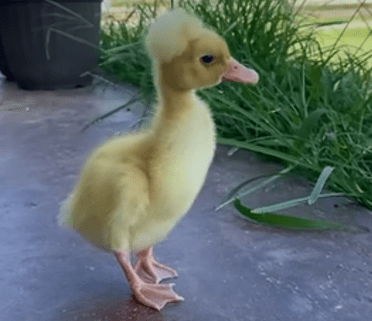 Sarah took the duckling home and named him Sunny. However, poor Sunny was being left out by the other ducklings, and he also grew slower than an average duckling should. 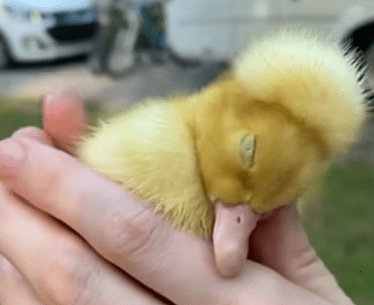 Sarah also noticed that Sunny’s eyes were teary and he was sounding wheezy. She took him to the vet, and they found out that he got an upper respiratory infection so Sunny was on antibiotics for two weeks. 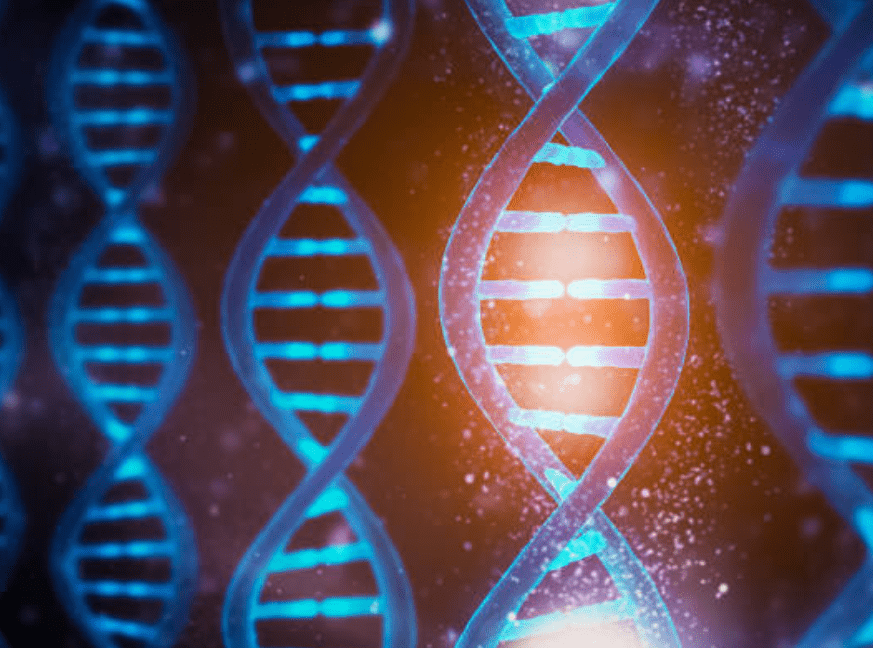 Eventually, they also found out that the tuff on Sunny’s head was a genetic mutation, but this didn’t stop Sarah from showering the lovable duckling with so much love. 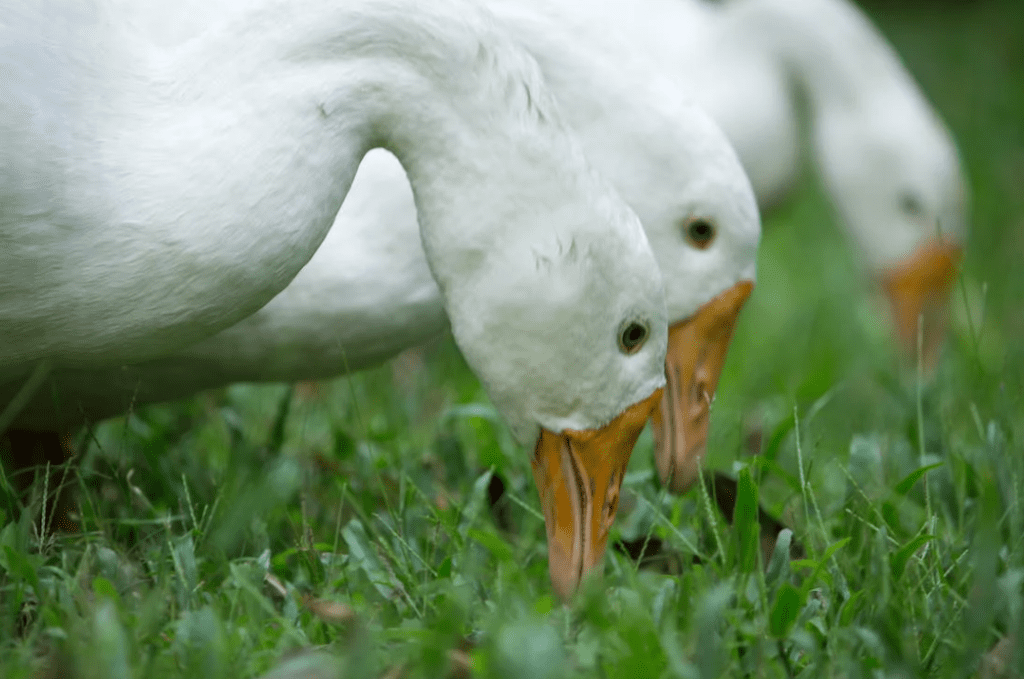 While the ducks at home would still leave Sunny behind, other animals wanted to be friends with him.

The Dogs Love Him 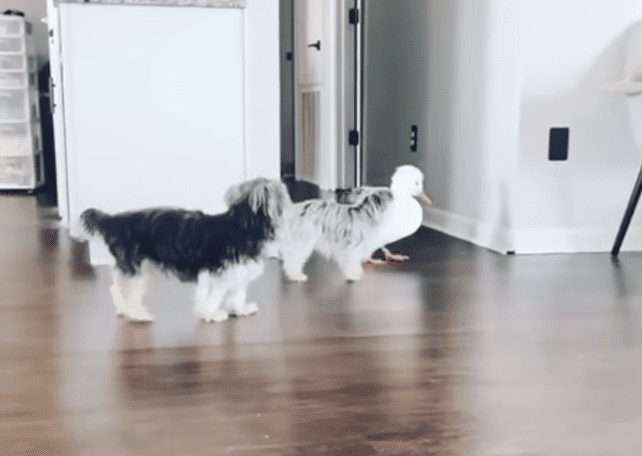 The dogs are fond of Sunny. They let him eat their food, and they also sleep beside him – and sometimes, Sunny even sleeps ON them. 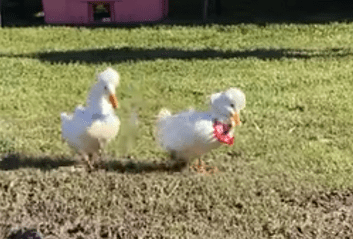 One day, Sarah heard about another blind duck who also has a tuff of feathers on her head just like Sunny who happens to live just 20 minutes away from them so they set them up for a “blind date” at a farmer’s market where the two ducks instantly got along.

You can check out Sunny’s journey in the video below.