Most dogs know the concept of family, and because of their big hearts, they are also capable of showing love and affection to their family members. 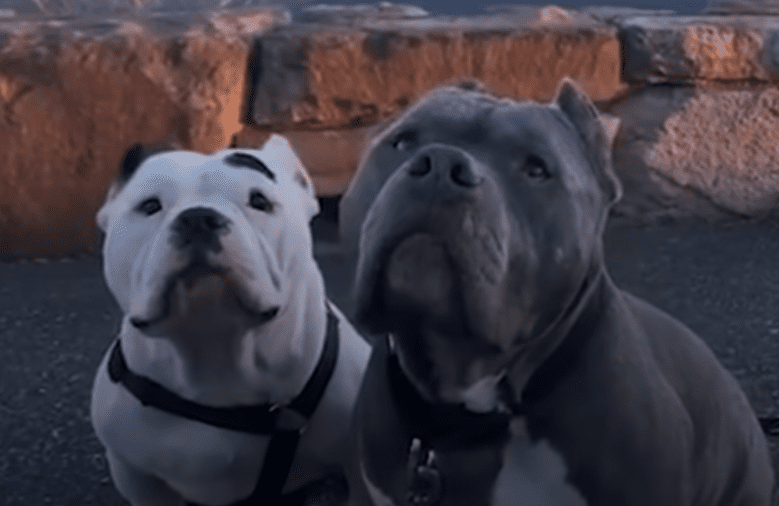 10-year-old Tonka and 2-year-old Little P are Pitbull siblings who had been through a lot together in the past year. 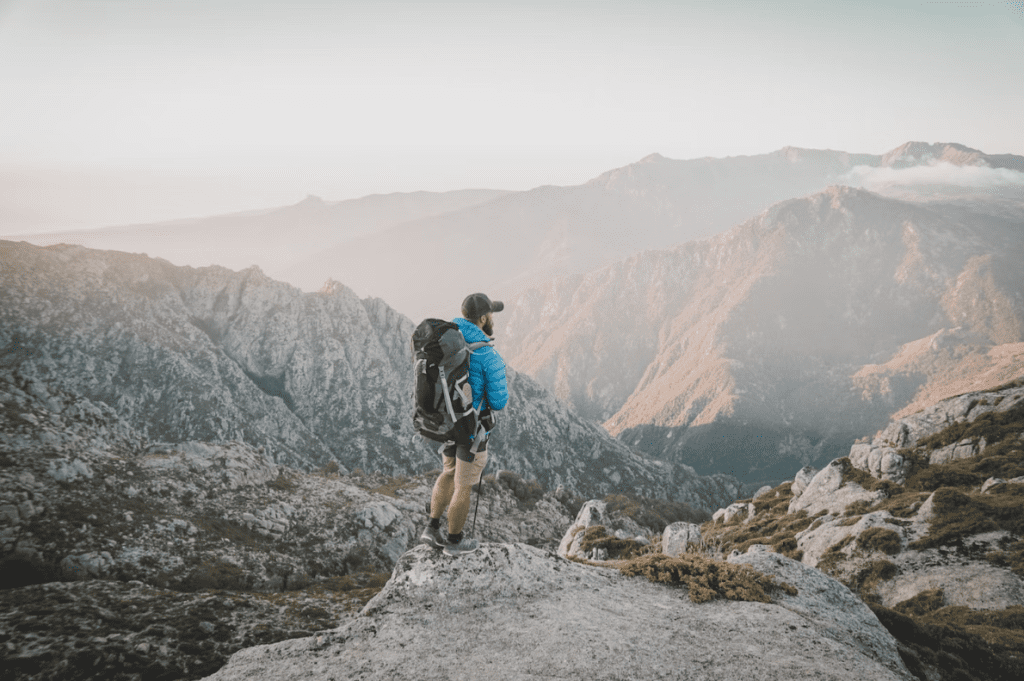 Their owner, Kris Busching, took them on a hike one day along a mountainous trail, and, unfortunately, all three of them fell from the edge of a cliff. 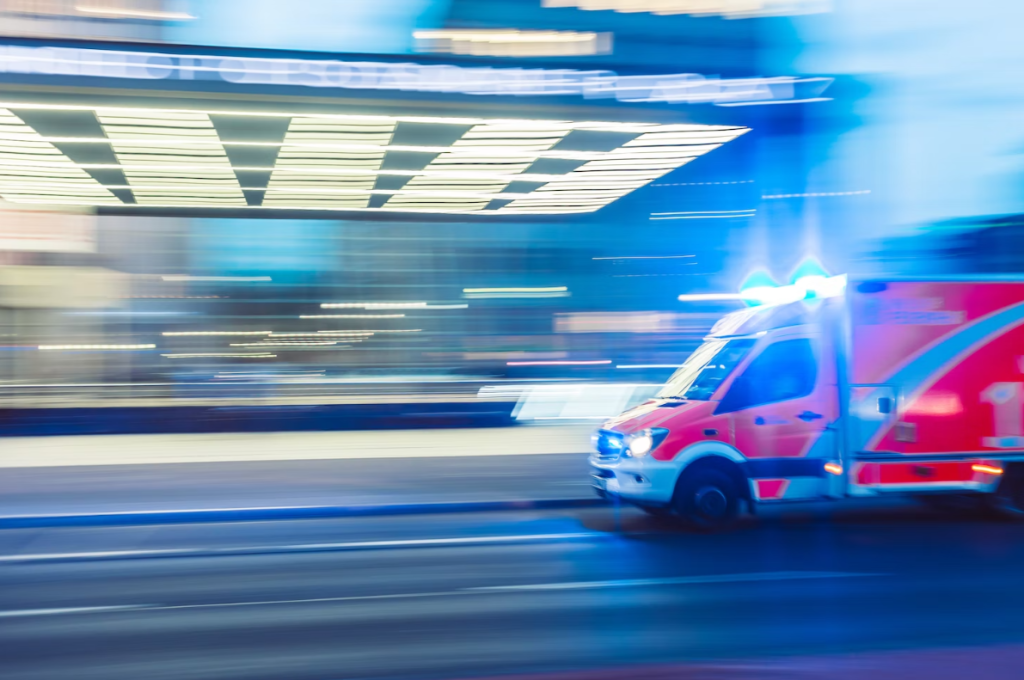 Kris passed away that day while Tonka broke both of his front legs. During that time, Little P was waiting patiently while looking after his injured brother until rescue came. 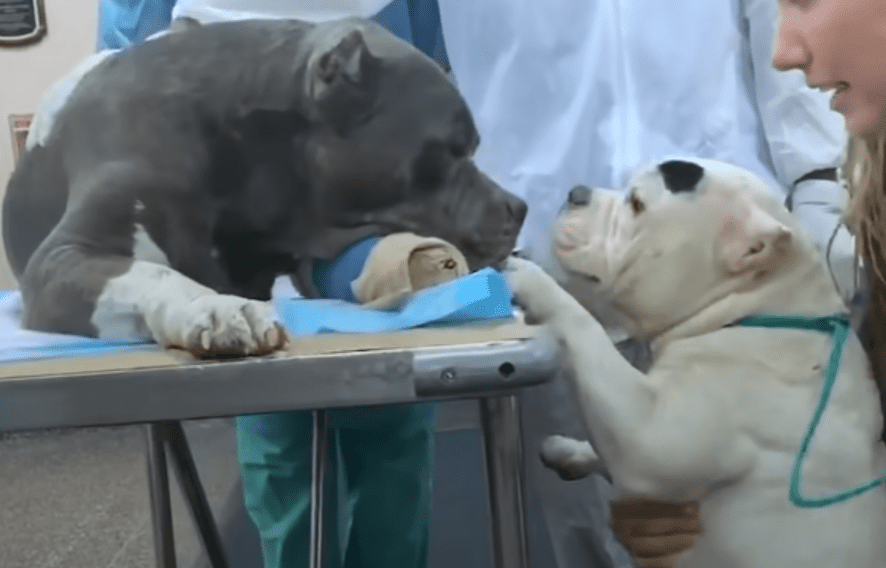 Tonka and Little P were brought to a local animal hospital. Tonka had minor injuries on his 2 legs so Little P, who was unharmed from the incident, was giving his sibling some comforting kisses as if to assure him that things were going to be alright. 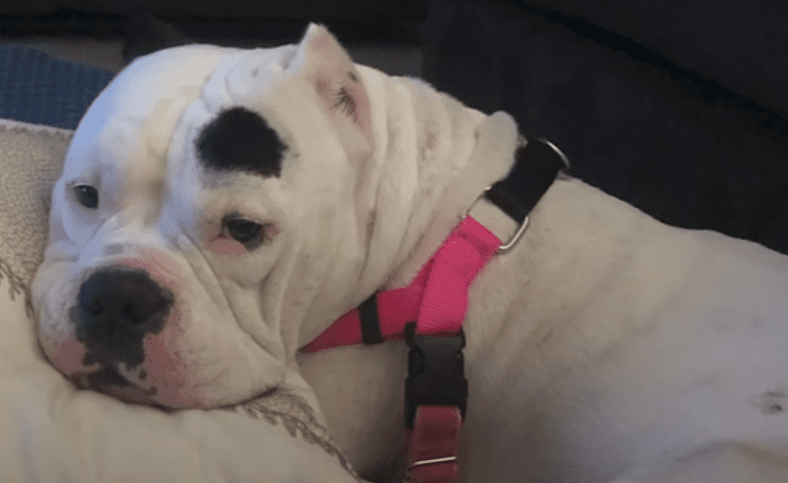 Because of his injuries, Tonka had to be separated from Little P so he could heal properly. He was taken in by a foster family while his little brother stayed with Kris’s cousin, Crysti.

Looking For A New Family 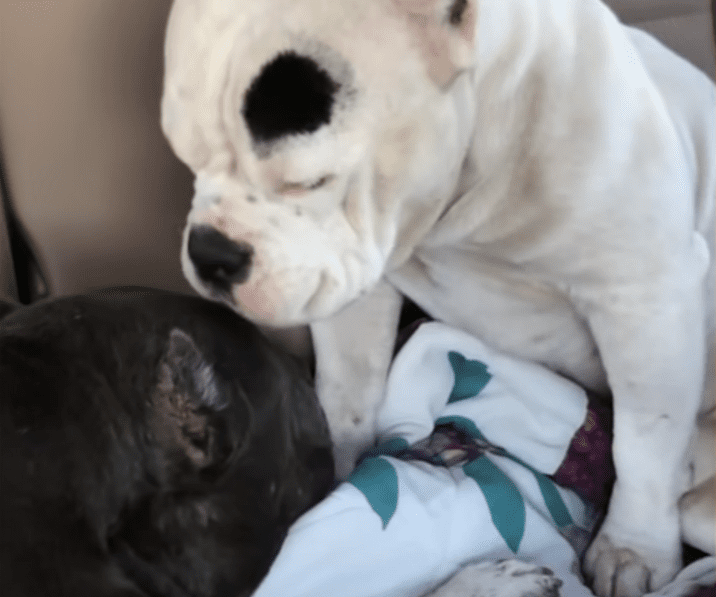 Unfortunately, Crysti wasn’t able to adopt the two dogs because they already have their own dogs at home so she went on and started looking for a new family to adopt Tonka and Little P, and eventually, she found Heilea and Brandon. 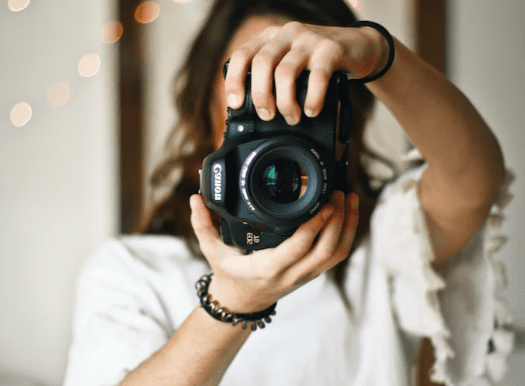 When the two dogs’ adoption day finally came, the whole Busching family came and took one last family portrait. The whole family was having a great time together until something magical happened.

A Song For Dad 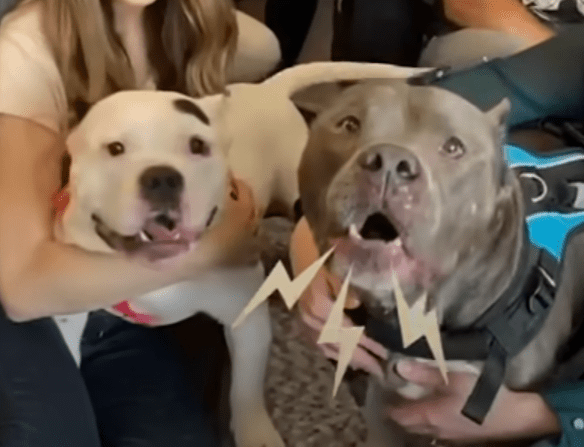 As everyone gathered together to take their photos, Tonka started singing. Eventually, Little P, who was usually shy and quiet, joined in as well and the two dogs started singing their hearts out. 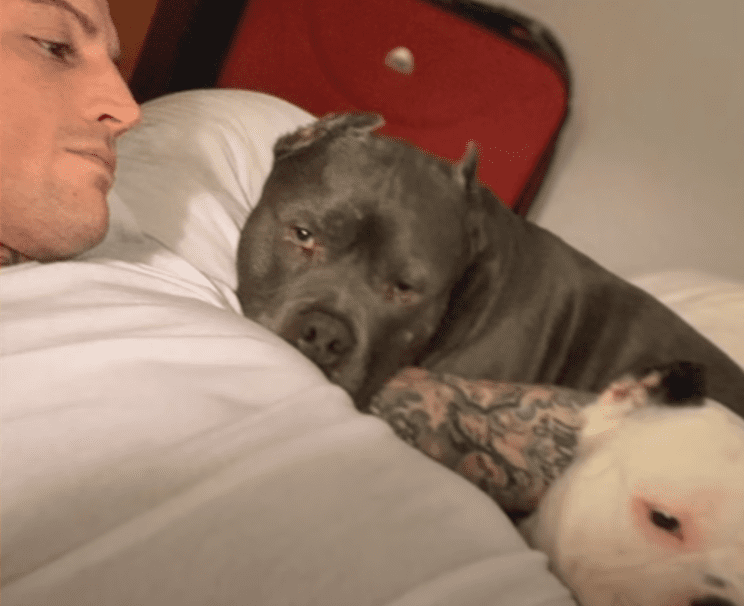 The family believes that Tonka and Little P were singing to their beloved dad that day, and now that they’re in a new loving home, the dogs have become even more vocal than before. Heilea says that they have been singing more often and she really enjoys the sound they make as they sing their hearts out.

Watch how Tonka and Little P stood by each other’s side through the ups and downs in their lives in the video below.