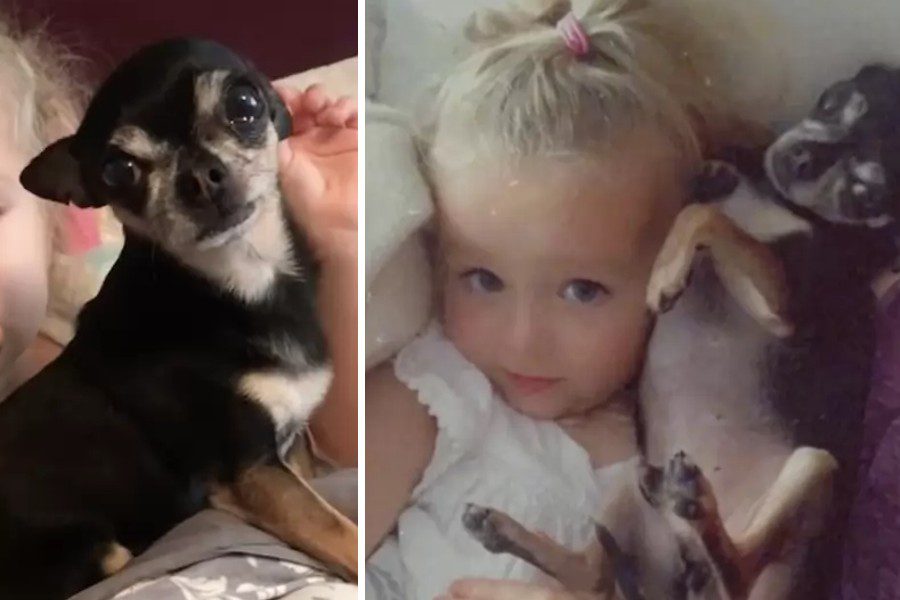 There are things from our past that made a huge impact on who we are today. Regardless if those things negatively or positively affected us, they all still happened for a reason. 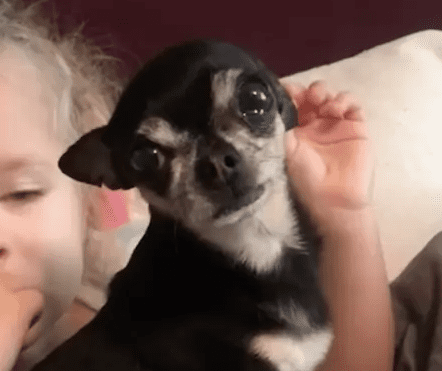 Winston Shingle Decker is a senior dog who has a reputation for being grumpy around children. 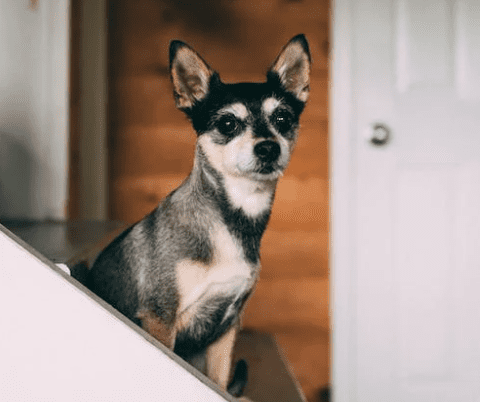 He was an abused dog his whole life. When his new family got him, he had several injuries while he was at the rescue shelter. 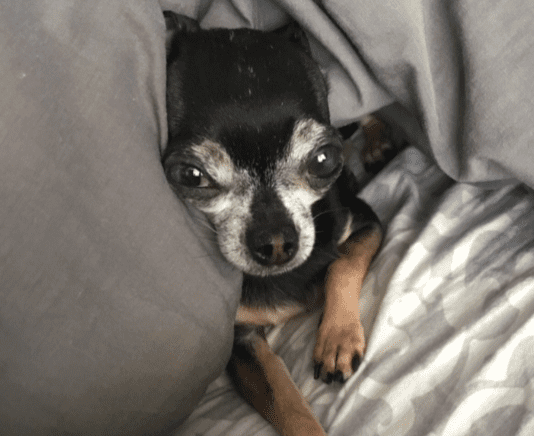 The poor senior dog had a head injury from the rescue shelter and he is blind in one eye because another dog bit him while he was there. 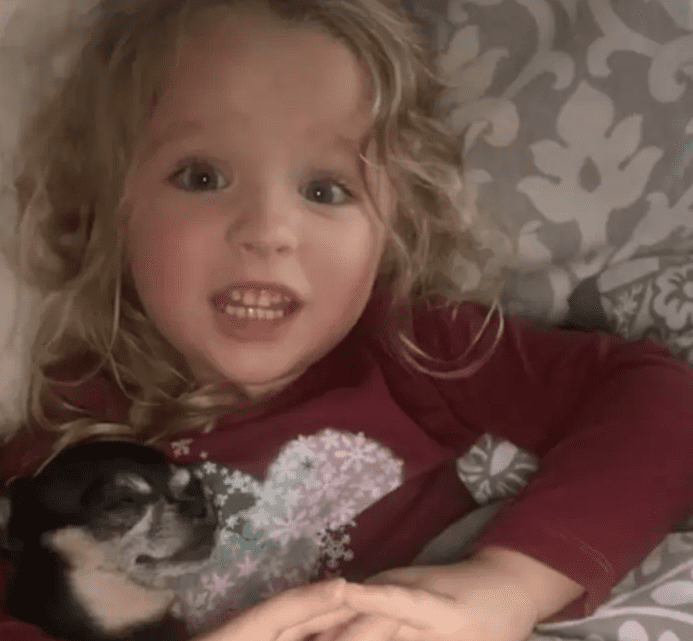 A kind woman named Maria who has two toddler daughters adopted Winston despite knowing that the dog hates kids. 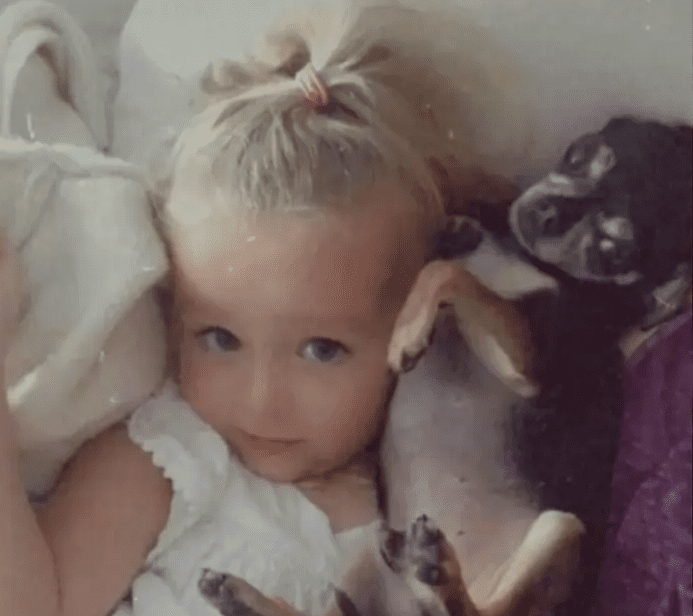 Contrary to what she was told, Winston turned out to be friendly with her daughters. They take naps together, eat together, lay on the couch, and watch TV together. 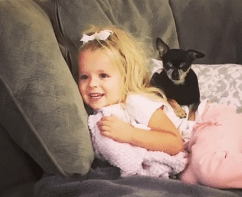 Maria knew that Winston did not have the best life, and she is now determined to make sure that he feels loved every minute of every day from the moment she adopted him. 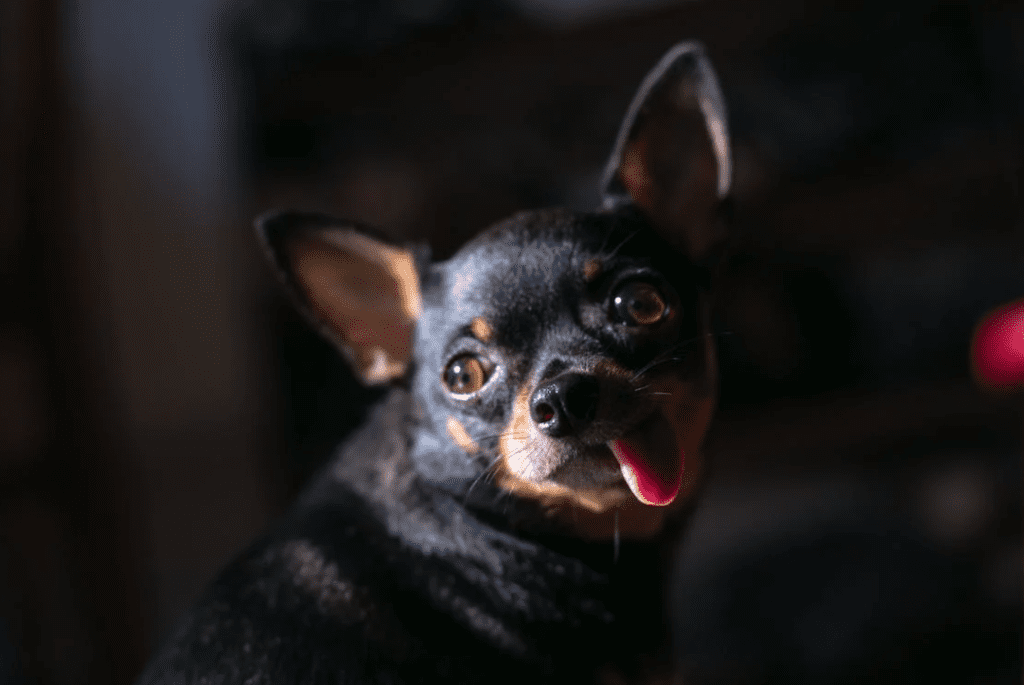 Chihuahuas like Winston have a huge personality as they are loyal, charming, and have a “big dog attitude” despite their small size. 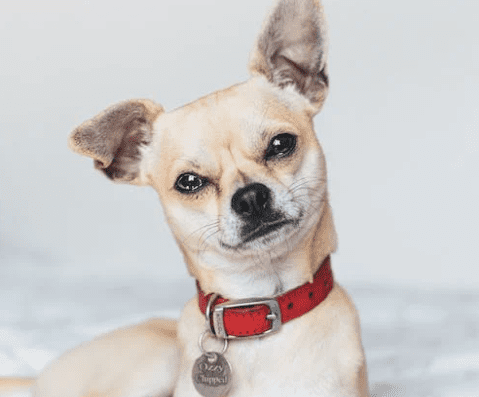 Dogs like Winston are loving and make good pets for first-time owners. Their personalities range from feisty and outgoing to shy and timid, and it looks like Winston’s “feisty” attitude era toward kids has ended as he is now gentle and timid around Maria’s kids.