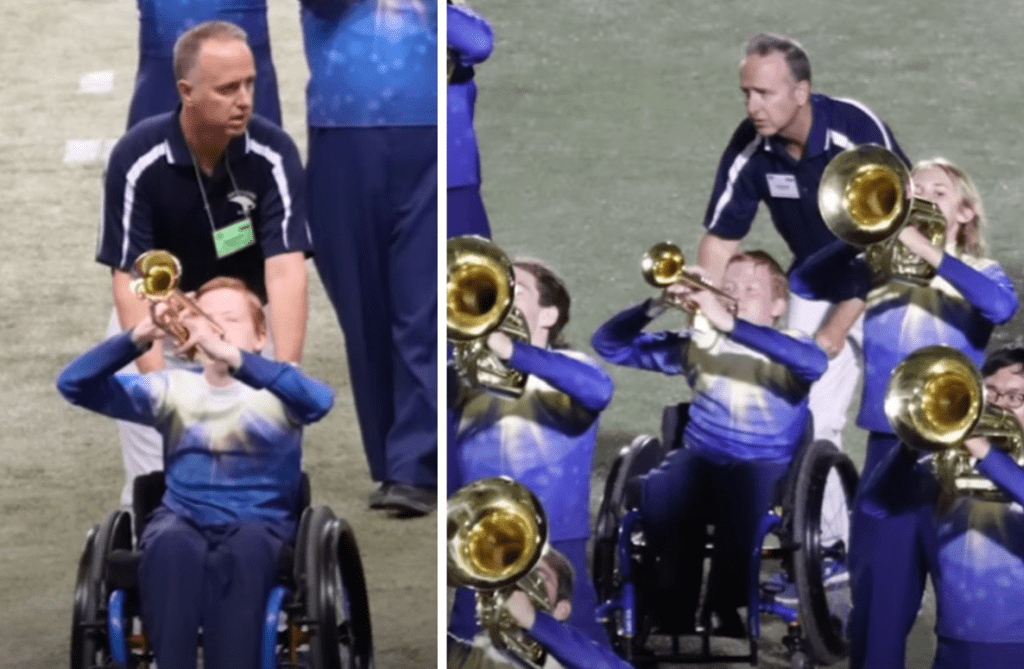 Being surrounded by people who are supportive of our dreams and aspirations is one of the best blessings we could ever receive. 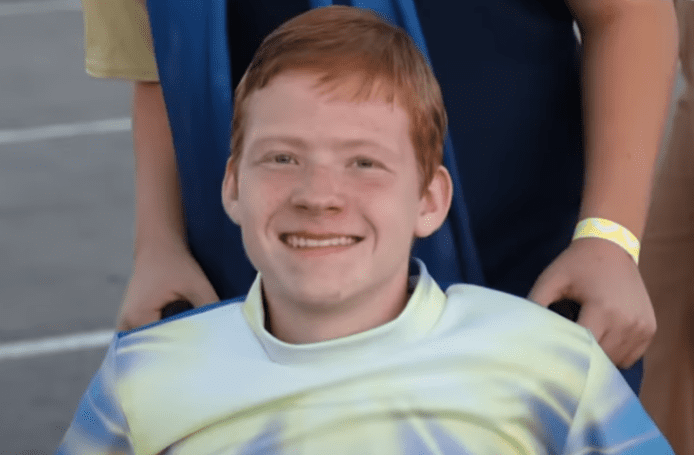 16-year-old Casey Hubbard is one of the luckiest high school students who came across a heaven-sent mentor who’s completely supportive of his passion. 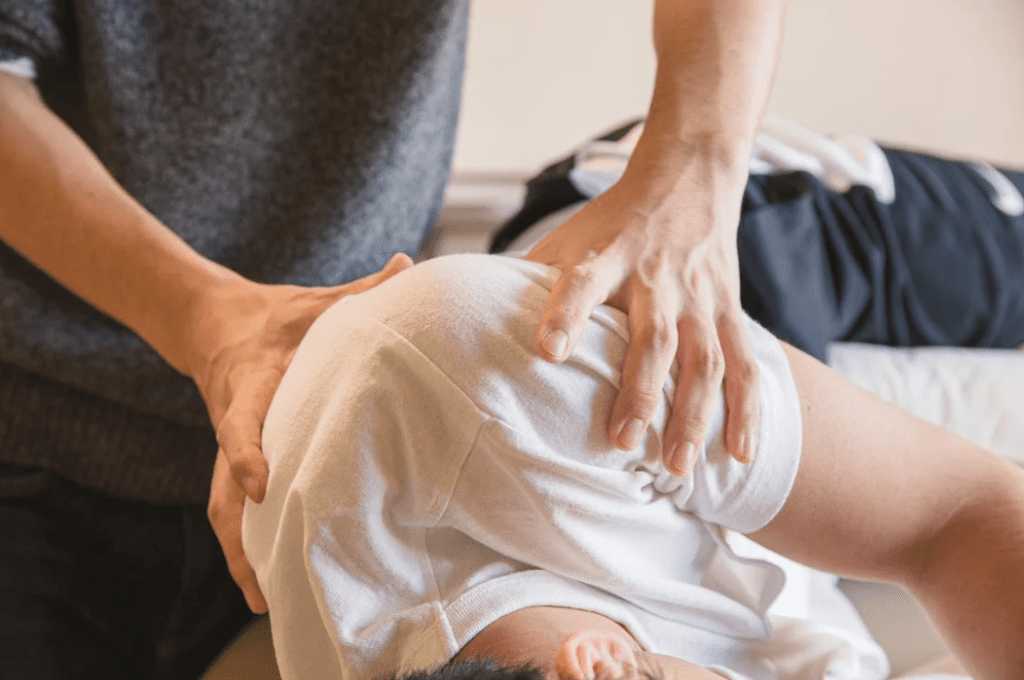 Casey was born with spina bifida, which is a condition that affects the formation of the spine, causing him to become wheelchair-bound. 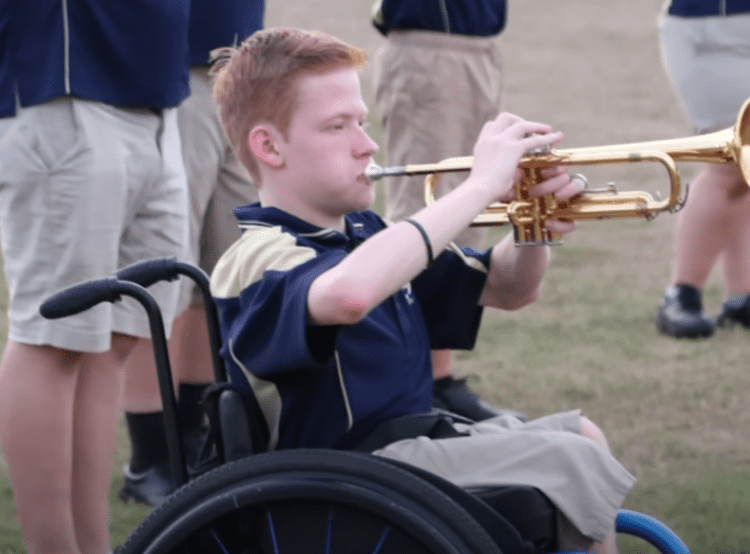 Casey has always been passionate about music. He has been playing the trumpet since he was in seventh grade and he wanted to join a band in high school like his brother. 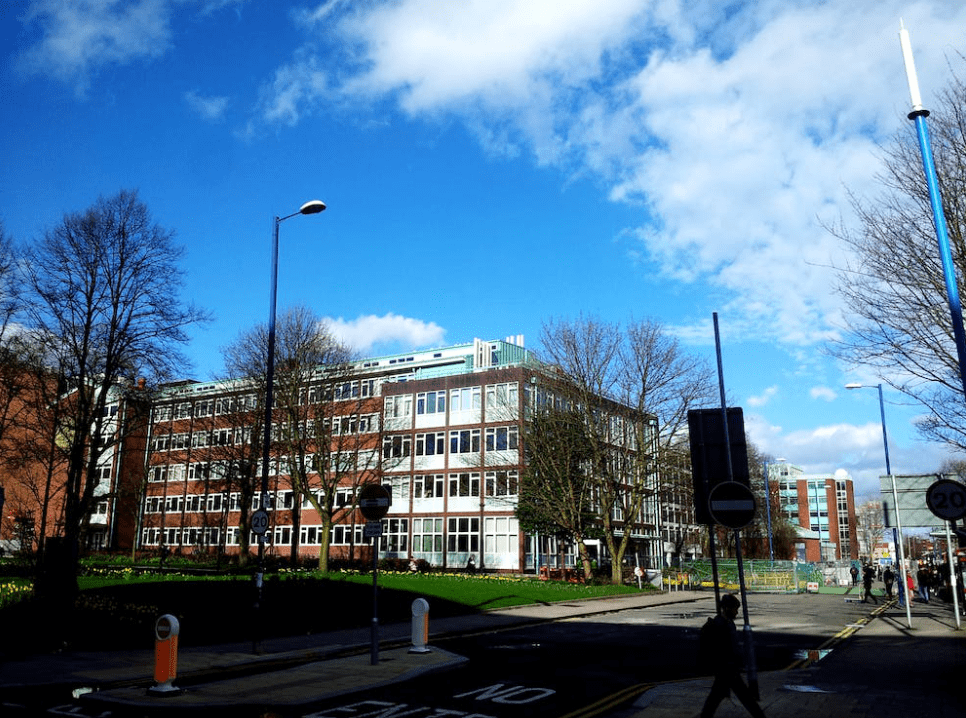 His target school was Southmoore High School in Oklahoma, and his mission was to become part of the school marching band. He said, “So I guess that… was my dream, to be able to get on the field and march with the rest of the band.” 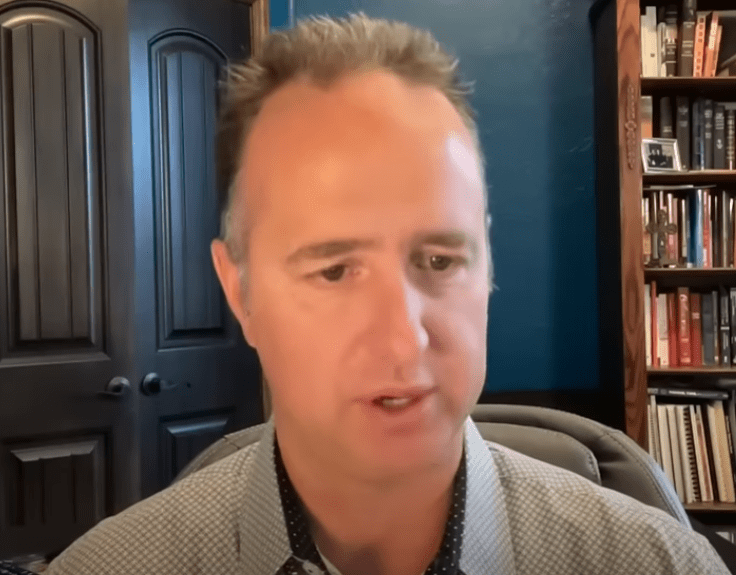 Adam Mewhorter, a teacher and the director of bands at Southmoore High School, saw Casey’s passion for music and he wanted to help him nurture it. 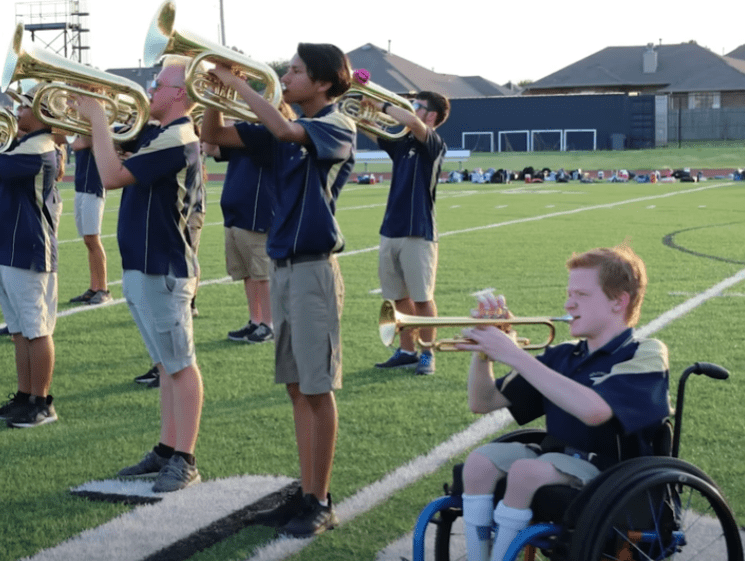 At first, Casey thought his dream of becoming a part of the marching band was impossible because of his condition but “my director, he literally asked me, ‘What do you want to do for high school?’ And I was like, ‘Well, I want to be on the field with everybody else and I want to be able to march,” and Adam made it possible for him. 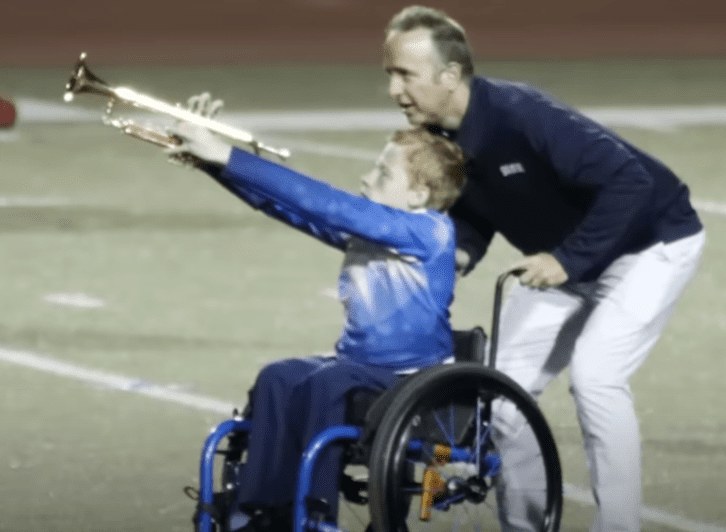 Because of the trust and support that he has for the teenager, Adam volunteered to be the one to push Casey on the football field to make sure he was never left out. 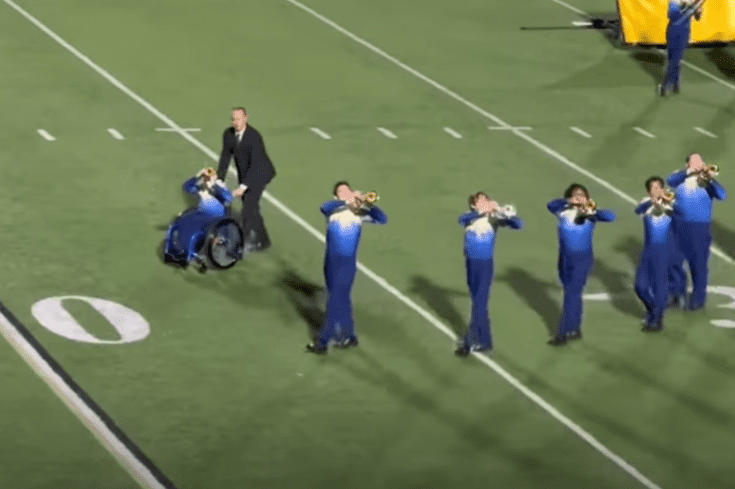 Adam helped Casey become better at his movements by studying other students’ movements on computer program charts, and now, because of the incomparable support his band director gave him, Casey looks forward to future marching band competitions and performances because he knows that someone’s got his back.

Watch the inspiring story of how Adam went above and beyond to fulfill Casey’s marching band dream in the video below.