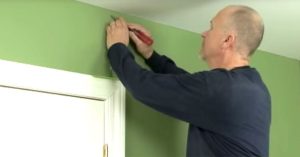 If you’re at all like me, home improvement projects can seem a little bit daunting and don’t always end up how they are planned. For instance, last year I decided to replace the shower head in my bathroom. That seems simple enough, right? In theory, you just unscrew the old shower head and screw the new one on and you now have one of those awesome shower heads that make you feel like you’re in a rainstorm, with perfect, even pressure and cascading water.

Well, it didn’t go at all as planned. When removing the original shower head, which had some corrosion on it, I ended up breaking the pipe that comes out of the wall that the shower head actually attaches to. Which means I had to cut a hole in the wall, expose the pipe, and then repair and replace the broken pipe without any leaks.

This took a week and about five trips to the local home improvement store, not to mention a fear amount of blood, sweat, and yes, even tears.

Since this incident, I have had little interest in doing any home repairs on my own. But, the handyman in this video has a simple fix for one of the most common and unsightly problems in a home. Drywall cracks are caused by a home settling over time. Fortunately, they’re an easy fix.

The simple repair requires only a few simple tools and products from the home improvement store—it should only require a single trip. I recommend watching the video all the way through the first. Keep a pen and paper handy to write down supplies you may not have on hand. Once you have everything together, give your handyman skills a try. I bet you’ll be successful!

Watch the video below for the full tutorial. Don’t forget to like and share this clever, simple fix!