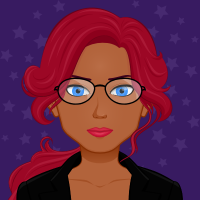 AITJ For Not Taking In My Fiancée's Niece And Nephew?
2 months ago
They what the fuck do you call telling your fiance it's either the kids that just lost their mom or him? Last time I checked that an ultimatum, which is a form of emotional manipulation you emotionally stunted troll. I pray you never lose someone you love just for your SO to ignore you grief and try to make you do what they want. Btw dude, she's not fighting to get them to live with him, she's fighting to keep them with her. He does not need to be in the picture. What part of that aren't you getting? You're calling me an idiot because you're so hell bent that I'm saying he should change his mind and I've never said it. But you're so fixated on it you're ignoring everything else. You should look at yourself before suggesting other people need therapy. Get it together dude. He was cruel about her grief, point blank. He could have had the discussion a millions ways, be he chose to be cruel. He's an asshole for that. You're an asshole for defending that.

AITJ For Not Taking In My Fiancée's Niece And Nephew?
2 months ago
Lmfao, You continue to assume that anyone who thinks he's an asshole is saying he should change his mind. But I never once said, I don't one person suggested he change his mind. Not one person thinks that someone so cruel should ever be responsible for the well being of these children. He should never be around children ever. Aldo, you and him are making assumptions again. How do you or he know if either if those homes are available? Are they rentals or did her mom and sister own? Does she actually have access to move unto those places or do you just believe it must be so because allows him another excuse and alleged option. For the record, there's a difference between being honest and being cruel. Being honest is telling you that what ever your wearing (selfishness) is not a good look for you, being cruel telling you that you look disgusting. And of course I have unresolved issues from losing my sister, niece, and nephew. That's what I mean about lack of compassion, which is something you clearly lack as well. Normal people feel something when someone they love dies and their children pay for it. So no dude, nobody thinks he should change his mind or be oart if their live, he just didn't need to be cruel about. He tried to emotionally manipulate her thrn force an ultimatum, while she us grieving and trying to be a life line for two people who need it way more than he does. He doesn't deserve her and she's better off without him.

AITJ For Not Taking In My Fiancée's Niece And Nephew?
2 months ago
I think it's funny that heartless people will excuse inexcusable behaviour in any way possible in order to justify their own feelings. This guy is a selfish jerk. Not once in his rant against kids did he show any compassion for his fiance, the woman he's supposed to love and want to marry, about losing her mother and sister. This woman is going through something devastating and life changing outside of wanting her niece and nephew with her. And using the I don't want kids as justification for being cruel is cop-out. This isn't an accidental pregnancy or "normal" situation, this is a tragic incident with these two children suffering the consequences. As far as the brother, again he's showing his selfishness. All he knows is that there's an uncle. But does he know what kind if person he is, will it be a healthy environment for these traumatized kids? Does he even care? No, because kids would cramp his lifestyle. Who cares if the guy could be a psycho and ends up abusing these kids, all that matters is that he's an option so he doesn't have to be around kids. I don't know about him and you, but it was pure delusion to think a woman who just lost her mother and sister would be willing to lose her niece and nephew to make him feel better. I dont want kids, ever. But the one thing that would change that is a situation like this. My sister died when I was too young to do anything about my two nephews and niece. There's nothing that haunts me more in life than the fact they got shuffled all over the place and suffered for it. It's gross and despicable when people would rather see someone suffer than show an ounce of empathy.

AITJ For Saying I Don't Want To Babysit?
3 months ago
Nope. Parents should not foist the responsibility of their younger children on their older children. Regardless of if they have a job or not. This 16 y.o. has every right to feel resentful that her parents force her to watch these children that are not even her siblings. And yes, your are making a lot of assumptions. You dont know I she has a job or not and you're assuming she has a car that her parents pay for. It's not an unpopular opinion, it's an ignorant one. I dont know why you think this girls feelings dont matter at all and she should be grateful to be forced to watch two small children because her parents are her parents. For the record, I babysat for my parents and their friends at 14, and they paid me. I had a job a 16, so i couldn't baby sit anymore, and I paid my parents rent too. So stop making assumption and generalizations, you look like a fool.
Load More Comments

Sell Me A Broken Console? Let's Meet
2 days ago
Downvote

AITJ For Not Wanting To Pay For My Son's Worthless Degree?
3 weeks ago
Downvote